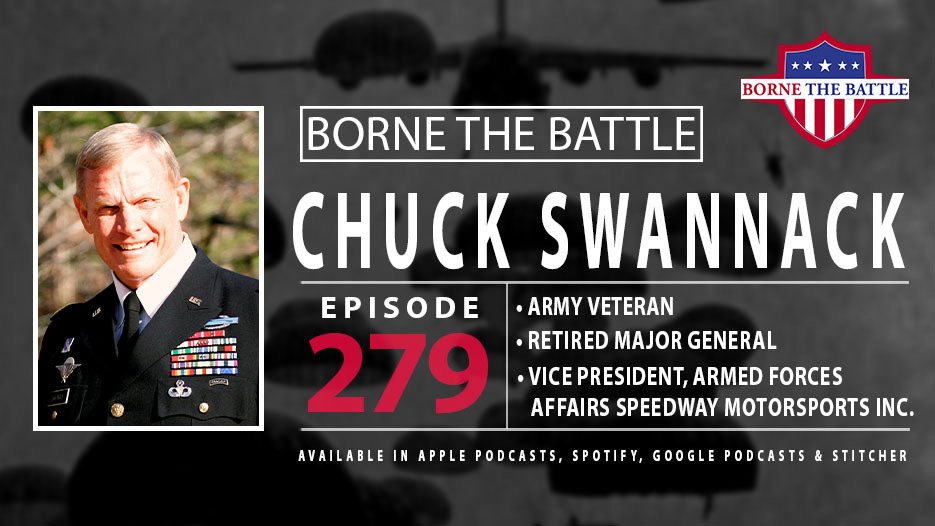 Despite his impressive military service, Swannack argues that his contributions pale in comparison to the ones made by service members who lost their lives while in the line of duty. As a civilian, he helps Veterans and military families honor those who have fallen.

In this Memorial Day Borne the Battle episode, Swannack discusses his eventful military career and then talks about how he does his part to honor the fallen.

Swannack touches on his work with Speedway Motorsports (SMI) as executive director for Speedway Children’s Charities. Through this non-profit fundraising organization, he works with local groups to help children facing challenging circumstances overcome obstacles standing in the way of their success.

Swannack further speaks about the Coca-Cola 600, a motorsport event that he looks forward to every year. Slated for the Sunday of every Memorial Day weekend, this race centers entirely around honoring the fallen. Listen to the podcast episode to learn more about why Swannack cannot help but shed tears at the Coca-Cola 600 every year.

Swannack fundamentally believes that all Americans should live a life worthy of those who gave their lives for our freedom. He contends that fallen service members died so that members of the military and civilian community can be afforded the same opportunities to enjoy a fulfilling life. And he hopes that after this Memorial Day weekend, we can come out as a less divided nation and one that can promote our shared interests.

By Calvin Wong is an intern with VA’s Digital Media Engagement team. He studies History as an undergraduate at the University of California, Davis.