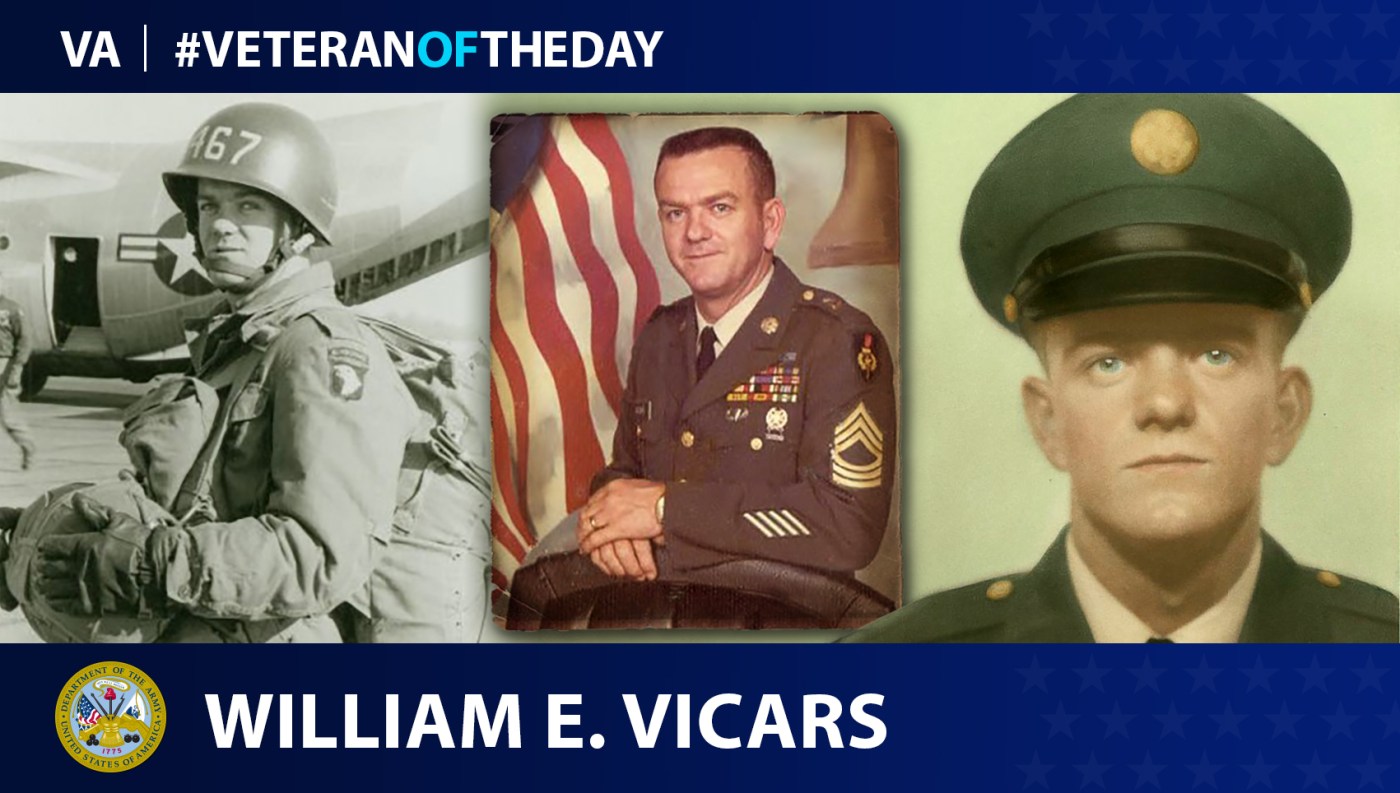 William E. Vicars was born in Paris, Illinois, in May 1940 and, a year later, his family moved to Texas. Vicars grew up in El Paso, and graduated from Austin High School. In 1959, he enlisted in the Army and was sent to Ford Ord, Calif., for basic training and advanced individual training (AIT).

Upon completing AIT, Vicars was assigned to the 327th Infantry Regiment at Fort Campbell, Kentucky. He spent a year and a half in the regiment before being transferred to the 18th Infantry Regiment at Coleman Barracks in Mannheim, Germany. In 1961, Vicars’ unit was the first unit to move into Berlin during the Berlin Crisis. The regiment stayed at Tempelhof Air Force Base for five months, then returned to Mannheim. At this time, Vicars was discharged as a sergeant and left the Army.

After 45 days, Vicars decided to reenlist. He was stationed at Fort Polk in Louisiana, and trained troops for three years. In 1965, he transferred to the 173rd Airborne Brigade on Okinawa, Japan, and on May 4, the regiment deployed to South Vietnam. They were stationed in Biên Hòa, but assisted units across the country. As a staff sergeant, Vicars was a machine gun squadron leader. In the month of May alone, Vicars’ unit was ambushed 17 times. In November 1965, Vicars was wounded in the stomach by a mortar and sent to Fort Sam Houston in Texas to recover.

After recovering, he was assigned to Fort Bliss in his hometown of El Paso. In 1969, he returned to Vietnam as a sergeant first class with the 1st Calvary Division and was stationed in Quần Lợi. Vicars served as a platoon leader, leading 20 soldiers. As a 29-year-old, he was known in his unit as the “old man.” In 1970, his unit started conducting missions in Cambodia. He remained in the field for eight consecutive months. In late 1970, Vicars returned to the United States. Over the next 10 years, he served at Fort Sill in Oklahoma with the 31st Infantry Regiment; in Gelnhausen, Germany, with the 28th Infantry Regiment; and at Fort Carson in Colorado with the 8th Infantry Regiment. In July 1980, Vicars retired as a command sergeant major after 21 years of service.

Following his retirement, Vicars taught Reserve Officers’ Training Corps (ROTC). He worked with the rifle teams in El Paso and at Austin High School for five years, and the Irvin High School for 17 years, dedicating 22 years to ROTC training.