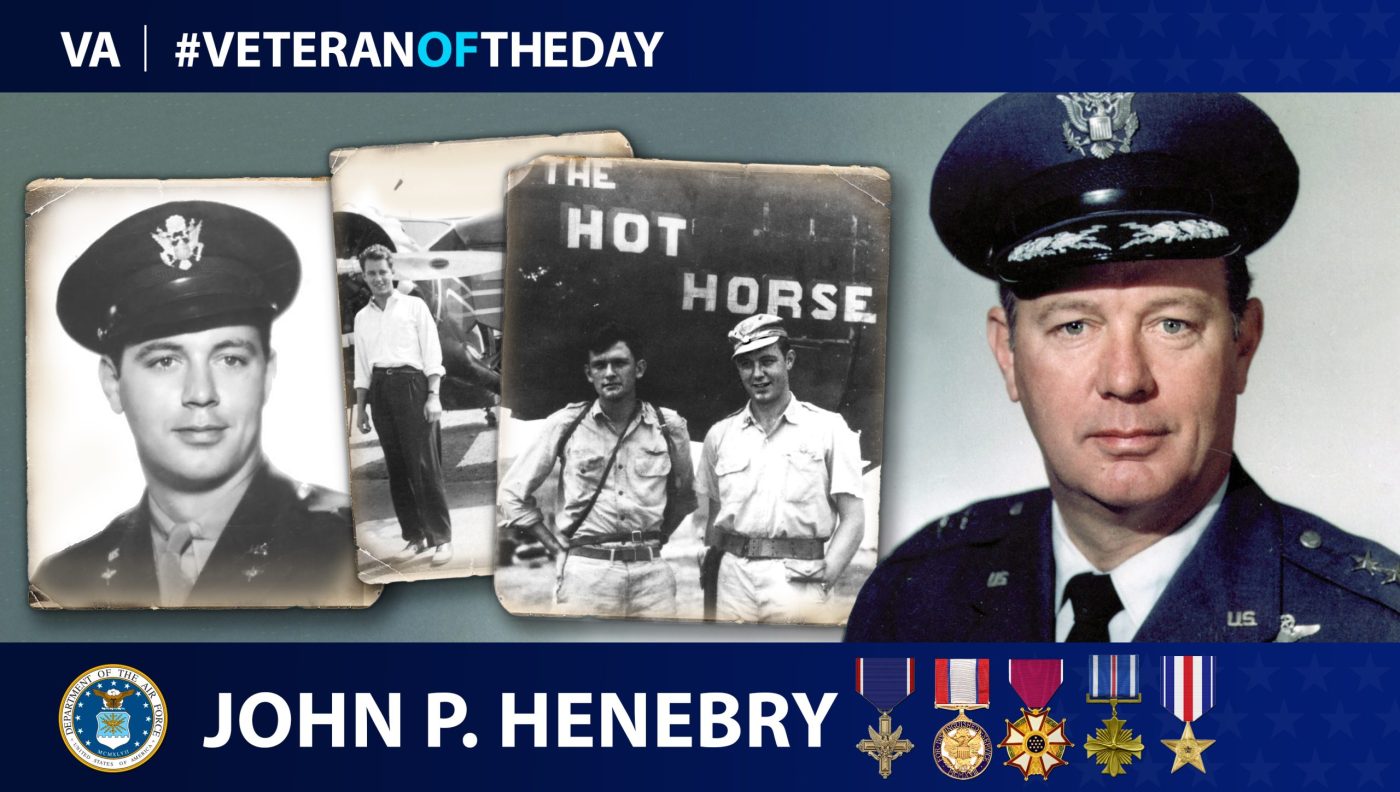 John Henebry served in World War II and the Korean War. In his 37 years of service, he achieved the rank of major general. Henebry flew 219 successful combat missions, was commander of the Third Attack Group, and helped orchestrate the Korean Airlift.

Henebry was born in Plainfield, Illinois, on February 1918. He graduated from Campion High School in Prairie du Chien, Wisconsin, in 1936, and graduated from the University of Notre Dame in 1940 with a bachelor of science degree. In July 1940, Henebry enlisted in the Army Air Corps, where he was appointed a flying cadet.

After graduating from basic and advanced flying schools, Henebry was commissioned as a second lieutenant in the Air Corps Reserve in March 1941; he was then assigned to active duty with the 22nd Bomb Group at Langley Field, Virginia. In 1941, he was transferred to the newly formed 13th Bomb Group in Orlando, Florida, in which he had his first flight experience in a B-25. In August 1942, he went to the Southwest Pacific theater as commander of the 13th Bomb Squadron, and soon thereafter assumed command of the 90th Attack Squadron. He later served as operations officer and commander of the 3rd Bomb Group in the Southwest Pacific theater. In January 1945, Henebry assumed command of the 360th Air Service Group of the Far East Air Force in New Guinea. In December 1945, Henebry left active duty.

While in reserve duty, Henebry became commander of the 437th Troop Carrier Wing. He was again recalled to active duty in August 1950 for the Korean War, serving with the Combat Cargo Command in Korea and Japan. In January 1951, he assumed command of the 315th Air Division in Korea during Operation Courageous. The two units that Henebry was in command of eventually combined to form the 312th Air Division and helped carry out the Korean Airlift. After his tour was over, Henebry continued to serve in the Air Force Reserve, including duty with the Air Staff, Headquarters U.S. Air Force, Washington, D.C. He also served as president of the Air Force Association from 1956 to 1957. In August 1957, he was promoted to major general in the Air Force and continued to serve until his retirement in 1976.