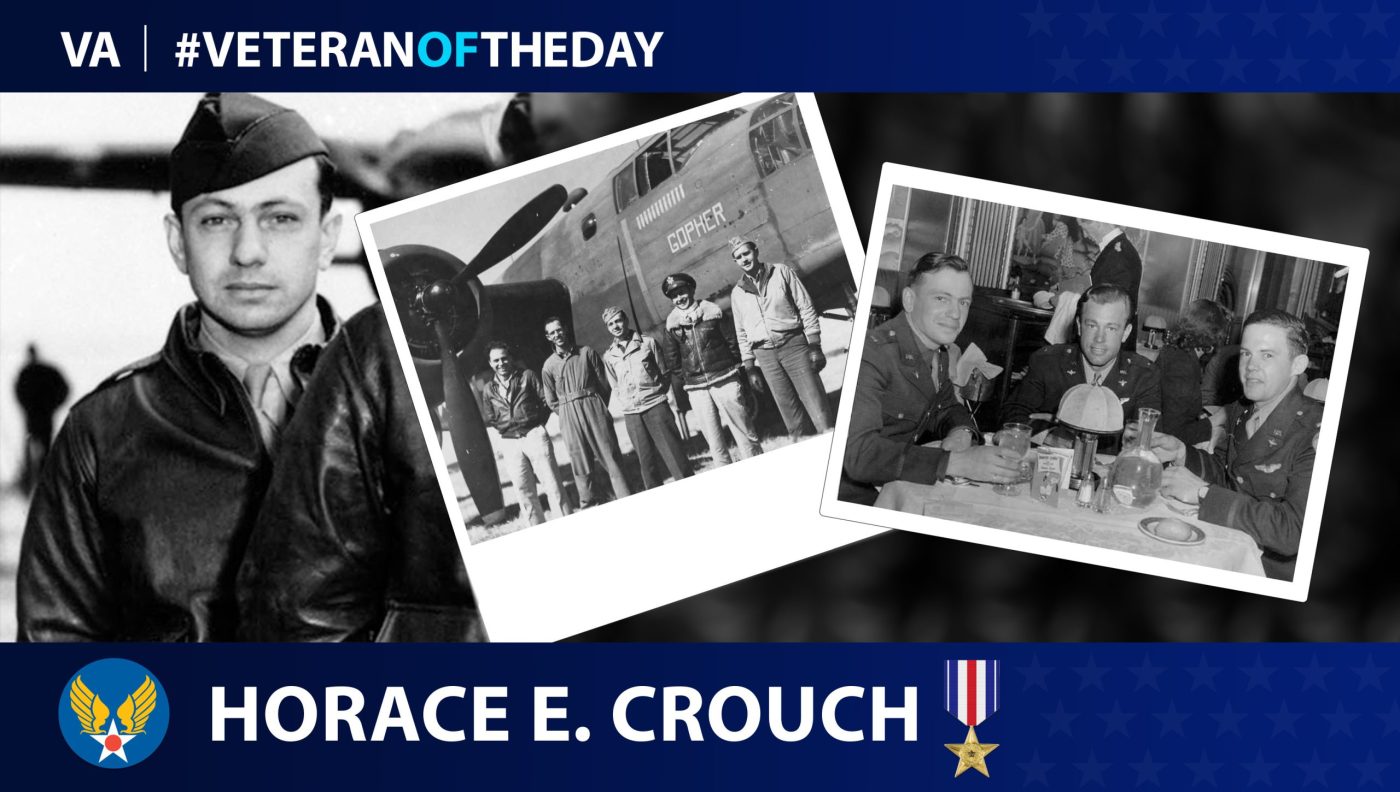 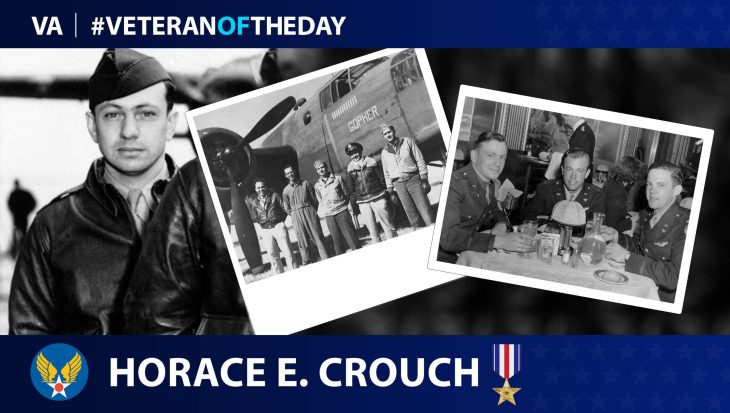 Today’s #VeteranOfTheDay is Army Air Forces Veteran Horace E. Crouch, who was a part of the Doolittle Raid that bombed Japan during World War II and later served in the Korean War.

Horace E. Crouch was born in October 1918, in Columbia, South Carolina, and attended The Citadel for college after graduating from Columbia High School. There, he was a part of the Army Reserve Officers’ Training Corps. After graduating college, he received commission as a second lieutenant in the Army Air Forces and continued with bombardier and navigator training at Barksdale Air Force Base in Louisiana.

Upon completing his training, Crouch served as a navigator-bombardier as a part of the 89th Reconnaissance Squadron, 17th Bomb Group, at Pendleton Army Airfield in Oregon. He also served in the same capacity at McChord Field in Washington until February 1942, when he became one of the 80 service members selected to join the Doolittle Raid against Japan.

Initially, the details of the raid were kept secret; in fact, members of the raid did not learn about their objectives until April 18, 1942, the day the Doolittle Raiders were to fly B-25 bombers to attack Japan. Crouch and his crew were the 10th bomber to depart from USS Hornet (CV-8). He reached Japan after flying for nearly 600 miles. His B-25 was forced to navigate through intense enemy anti-aircraft fire as they bombed their targets. While the aircraft was heavily damaged during the raid, he and his crew successfully crashed in China. There, they found protection among the Chinese forces resisting the Japanese.

After the raid, Crouch served in the China-Burma-India Theater with the 11th Bomb Squadron, 341st Bomb Group, until he returned to the U.S. in the summer of 1943. Once the war ended, he served in Japan between 1945 and 1946 before joining the Air Force Reserve in 1947. He returned to active duty in July 1948 and worked on assignments in South Carolina and Louisiana.

In 1952, Crouch was stationed at Kadena Air Base in Okinawa, Japan. There, he was the wing flying training and ground training officer for the 307th Bomb Wing. He also served as a B-29 Superfortress navigator and flew combat missions during the Korean War.

After his tour in Okinawa, Crouch completed assignments at Air Force bases in Louisiana and South Carolina. Some of the assignments he received during the latter part of his service took him to Germany, where he served as a photo interpretation specialist and intelligence analyst. In 1961, he served as an intelligence operations technician at Shaw Air Force Base in South Carolina until he retired in 1962.

During his service, Crouch earned the rank of lieutenant colonel. He also received numerous awards including a Silver Star, a Distinguished Flying Cross and an Air Medal with one Oak Leaf Cluster. In retirement, he worked as a math teacher at his old high school for 12 years. He died in 2005 at the age of 87.