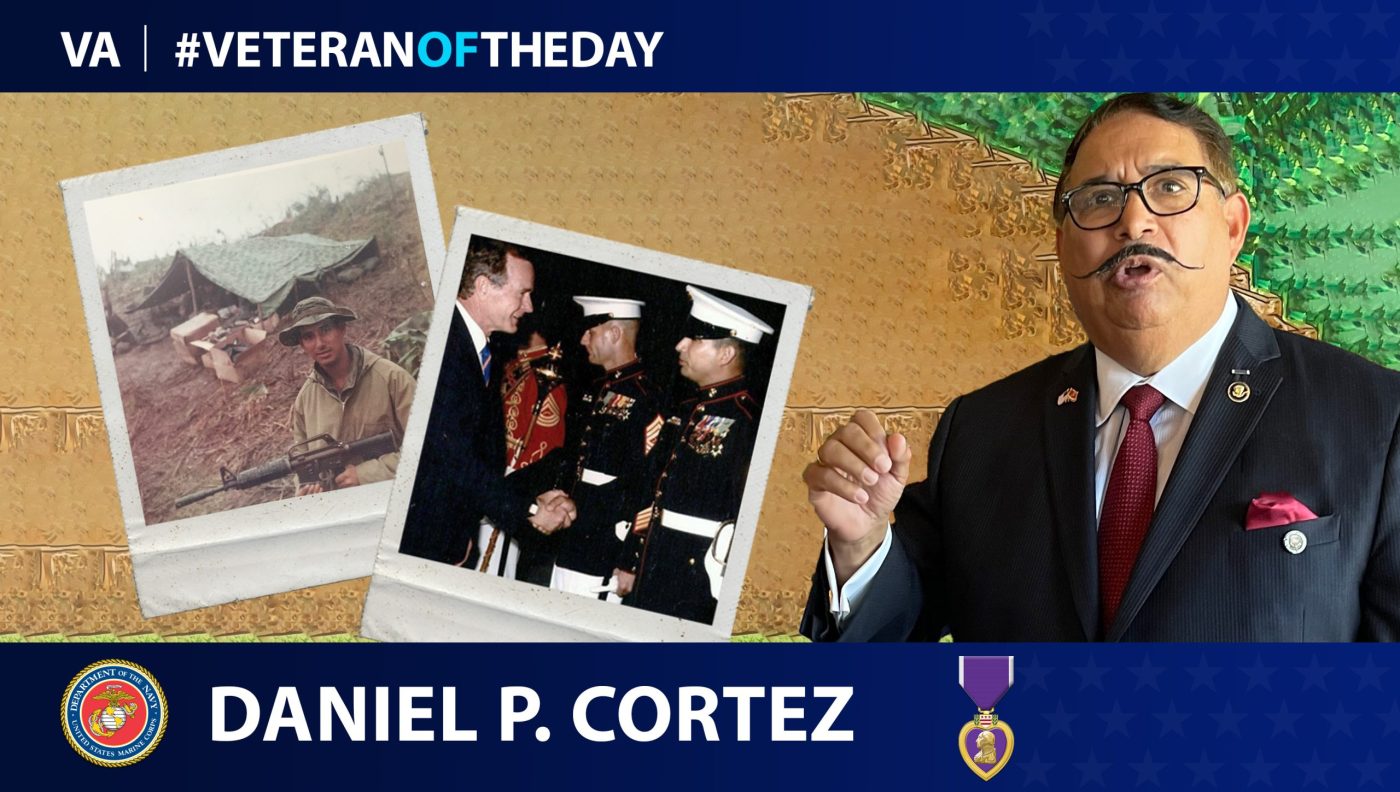 Daniel P. Cortez was born in 1951 and graduated from Thomas Jefferson High School in San Antonio before joining the Marine Corps. He completed basic training and advanced infantry training at Camp Pendleton, California, before joining a staging battalion.

In May 1970, Cortez deployed to Vietnam. There, he took part in combat operations as a squad leader. Initially, he served with the 1st and 2nd Combined Action Groups, and later with 2nd Battalion, 5th Marines. On Nov. 9 that year, while leaving his fighting hole, he spotted a burning box containing hand grenades, claymore mines, and M72 light anti-tank weapons. Knowing the damage its explosion could cause, he carried the box away before it could harm his fellow Marines. He received a Navy and Marine Corps Medal for extraordinary heroism.

Cortez served as a drill instructor after coming home from Vietnam. Later, he worked in public affairs, and appeared in films such as “MacArthur” and “No Way Out.” He received the Thomas Jefferson Award for media excellence in 1974. He also served as public affairs chief in the 12th Marine Corps District in San Francisco.

After serving in uniform for more than 30 years, Cortez retired from the Marine Corps in 1990. He has remained engaged in the public affairs field, advising local, state and national political campaigns while working with several media publications, often appearing on news networks. Cortez also served as a member of former President Trump’s Advisory Commission on Hispanic Prosperity, before taking a campaign role in Virginia state politics.

In retirement, Cortez serves as the Chairman of the National Vet Court Alliance to continue his support for service members. His alliance raises funds to support Veteran treatment courts around the country. As a vocalist, Cortez enjoys singing at sporting and political events.