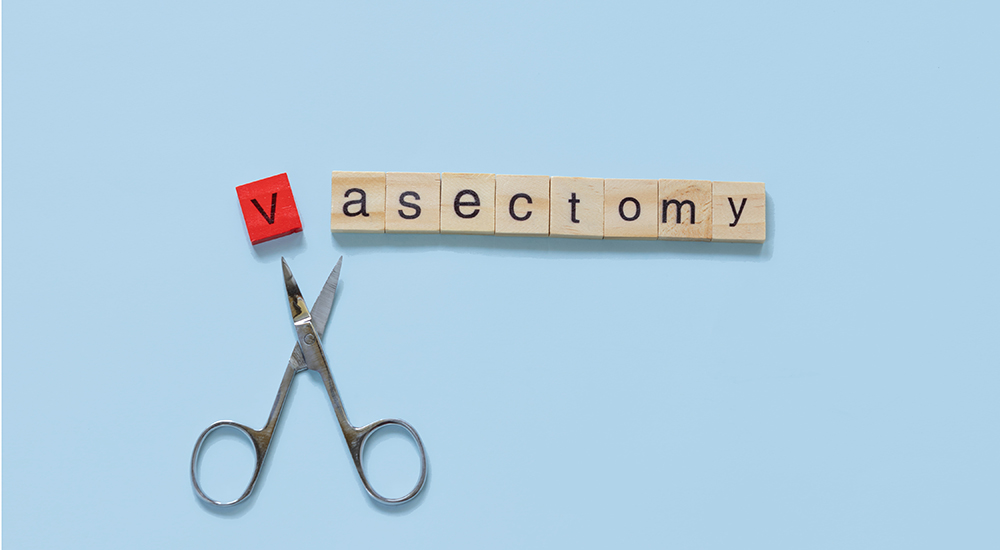 What is your contraception of choice? It’s not a question men hear very often. It’s not an expectation for doctors to ask the question nor for men to seek reproductive guidance after they reach puberty.

At present, contraception for men includes methods such as abstinence, vasectomy or condoms. Dr. John De Caro, an Augusta VA urologist, is on a mission to engage primary care doctors to have contraception conversations during primary care visits.

“I wasn’t trained to ask the question,” said De Caro, who is passionate about reproductive autonomy, gender equality, and combating misinformation. “I’m trying to help change the culture. It’s time to help close the gender gap in responsibility for contraception which disproportionately burdens women. I want to help men understand their options in preventing unplanned pregnancies, particularly following the overturning of Roe versus Wade.”

Designing guide to help men through the decision making process

De Caro’s innovative three-pronged approach will tackle the limitations of the male contraception toolbox. He started a Veteran telehealth group for men to learn about vasectomies, and he is designing an innovative, digital tool to help guide them through the decision making process. From there, he can determine eligibility and fast-track patients for the procedure.

The scale is tipped when it comes to which gender holds the most responsibility to prevent pregnancies. De Caro says women undergo 40 percent more tubal ligation surgeries than men undergo vasectomies even though tubal litigation is a far more invasive and risky procedure.

“If a tubal ligation fails, it leads to an ectopic pregnancy, which is considered a non-viable pregnancy that threatens the life of the woman,” he said.

Talk to your provider about contraception options

De Caro sits on the board of directors for Male Contraceptive Initiative, a non-profit that provides funding and advocacy support for the research and development of new methods of non-hormonal, reversible male birth control. In addition to long-acting reversible male contraceptive methods, this also includes on-demand, short-acting methods.

De Caro’s three-pronged male contraceptive approach is a Spark-Seed-Spread project through the VA Innovators Network. He will spend the next fiscal year exploring, developing and testing his digital tool with Veteran feedback using Human-Centered Design.

This year marks the 10th anniversary of World Vasectomy Day on Nov. 18. It’s time to talk to your VA provider about your contraception options, including vasectomy.

This video explains how a vasectomy procedure is performed.