Home / Honoring Vets / Operation Desert Storm: What were you doing in the service 25 years ago?

Operation Desert Storm: What were you doing in the service 25 years ago? 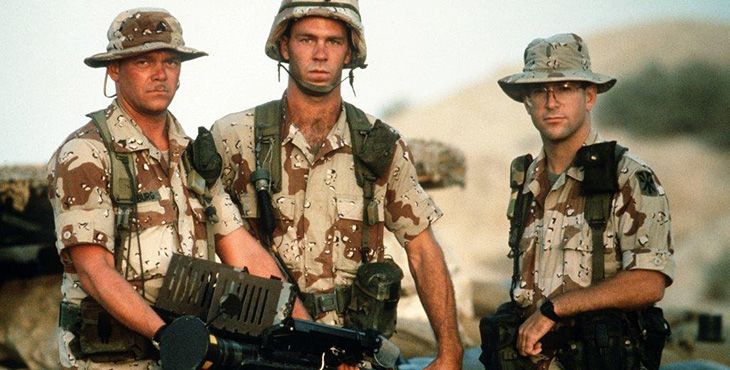 Back in 1990, the Berlin Wall had fallen, so Eastern Europe was free. The “Russian Bear” (then the U.S.S.R.), was no longer seen as a major threat, and, because of it, DoD’s budget was plummeting, as war was considered “obsolete.” Plans were escalating on how to best spend what was being called the “peace dividend.”

And back then, most National Guard and Reserve units hadn’t deployed anywhere since World War II, except for a small few that may have had individuals supporting Grenada/Panama. Yes, back in the day, one weekend a month WAS one weekend a month and two weeks a year at a real post for training.

In my case, I was in the U.S. Army Reserves. We were on an exercise at Fort Bragg, N.C., with the 82nd Airborne Division. During the exercise, I happened to see a local Fayetteville newspaper with the large headline, “Iraqi Tanks Invade Kuwait.” I thought, “Hey, that’s weird, that’s just like our scenario here …  wait a second.”  It was spooky.

The next day, an active duty lieutenant requested that we Reservists stop the exercise and go to the Fort Bragg post library to try and get the names/addresses of hardware stores, building supply stores, etc., in Saudi Arabia for his unit. He knew that they would need supplies in country that they could not take with them. And yes, I said library, remember this was before the Internet, Google, the online CIA Fact Book..

Our lieutenant had, no doubt, been given a warning order, and soon enough, we would be heading off to the Pope AFB Green Ramp to be part of the designated 82nd Airborne “speed bump” in the Saudi Arabian desert for Operation Desert Shield/Storm.

A month later, my Reserve unit was told we would be joining the buildup, as well.

So, what were YOU doing in the summer of 1990 leading up to Operation Desert Storm?

Ken Mac Garrigle is a retired U.S. Army Reserve Major who deployed overseas three times – Desert Storm, Bosnia and Iraqi Freedom. He has been a VA employee for over 20 years, beginning as an information security officer and then moving to his current role providing social media, Web and outreach to returning Iraq and Afghanistan Veterans.