Seizing opportunities to serve more Veterans who are homeless 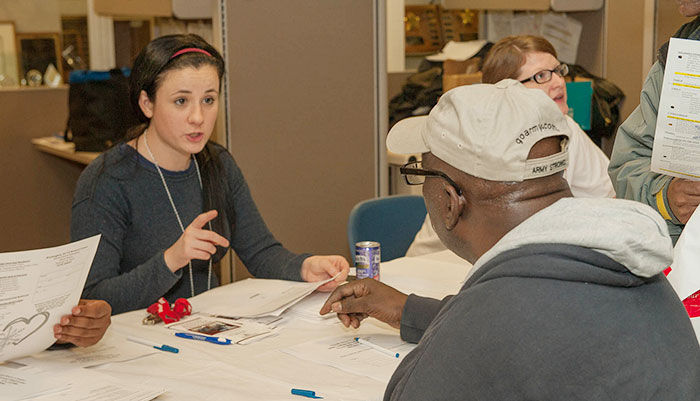 To achieve our goal of ending Veteran homelessness, VA is seizing every opportunity to move homeless Veterans into permanent housing as quickly as possible. One of those ways was to change a procedural hurdle that was limiting our ability to provide housing assistance through our contract housing providers.

Under the rules governing VA’s Health Care for Homeless Veterans (HCHV) program, we could only enroll Veterans who were diagnosed with a serious mental illness or substance use disorder into this program, which was designed specifically to provide bridge housing and other vital supportive services to homeless Veterans.

It was frustrating to encounter Veterans living on the street who were obviously appropriate for HCHV, but not be able put them into housing because they were not diagnosed with a mental illness or substance use disorder.

I’m pleased to say that Congress agreed with us and gave us the authority to make this program available to all Veterans who qualify for VA health care.

The new rules, which took effect June 1, allow VA staff to act faster — within a day or so, versus weeks under the old rules — to get more Veterans into bridge housing and on their way to a permanent home.

For one Veteran in Albany, New York, this newly granted flexibility was a godsend. The 48-year-old was healthy and working, but was evicted from his apartment, because he didn’t earn enough to afford his rent. Operating under the new rules, the VA team in Albany was able to secure the Veteran bridge housing through HCHV until more affordable housing could be found. Soon enough, a unit became available and after a brief stop in the HCHV program, the Veteran moved into a new home and is currently thriving in his career.

Other Veterans have benefited since the rule change and we expect to be able to help thousands more Veterans in similar situations. In fact, we estimate the rule change to expand HCHV services to roughly 2,300 additional Veterans per year, allowing us to provide approximately 18,000 Veterans with safe and stable housing under this program.

In addition to expanding HCHV services to more Veterans, the new rules amend VA’s definition of homelessness so it more closely aligns to the one used by the U.S. Department of Housing and Urban Development. This will make it clear that VA can serve a broader category of Veterans who are at risk of homelessness.

Finally, the rules bring VA regulations in line with what we know is a pressing need by stating that VA can provide case management services to Veterans through the HCHV program.

We welcome any tool that helps us get a Veteran off the street and into permanent housing, because that’s how we’re going to end homelessness among Veterans — one home at a time.

Robert A. McDonald is Secretary of the U.S. Department of Veterans Affairs.

Anyone can learn more about VA’s homeless programs and get involved. If you know a Veteran who is homeless or is at imminent risk of becoming homeless, refer him or her to a local VA Medical Center, where homeless coordinators are ready to help. Veterans and their families can also call 1-877-4AID-VET to get connected to VA services.