Spirit of ’45: Remembering the end of World War II 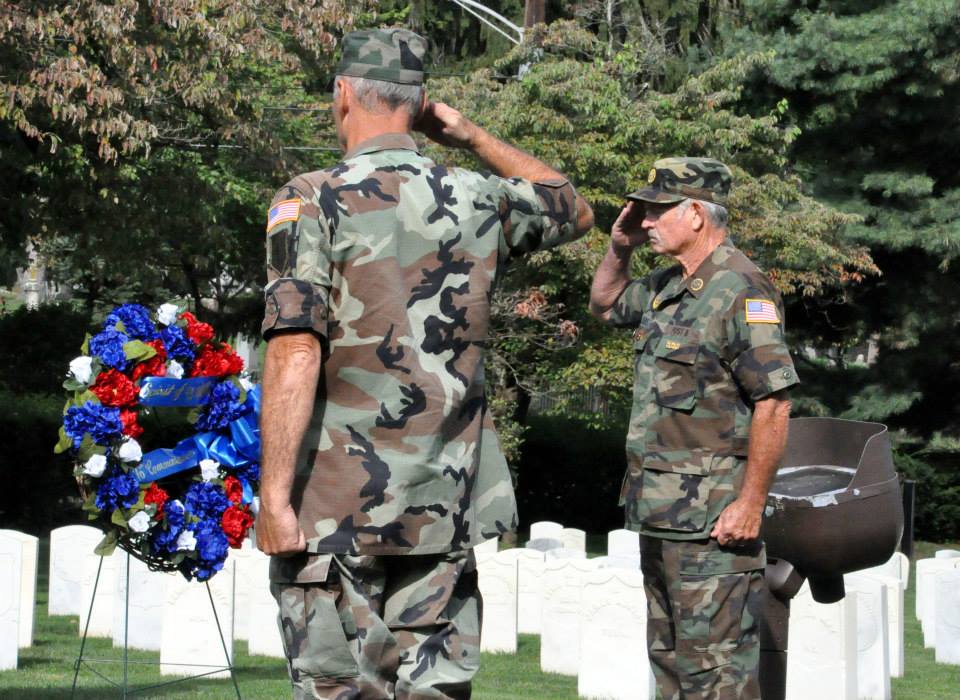 The mild temperatures belied the fact that it was mid-August in Kentucky as Veterans gathered at the Lexington National Cemetery to remember the 70th anniversary of the end of World War II.

“We are here today to honor those Veterans from the Greatest Generation who secured our freedoms at such great personal cost,” said Patrick Lovett, director of the Kentucky National Cemetery Complex, a network of eight VA cemeteries throughout the state.

Members of the American Legion’s Man O’ War Post 8 served as the honor guard at the cemetery’s wreath-laying ceremony Friday morning, providing music, a rifle salute and the playing of Taps.

The event fell on the 70th anniversary of the end of World War II. “At 7 p.m. on Aug. 14, 1945, President Truman announced the surrender of Japan and the effective end of hostilities for most of our military,” Lovett said.

Beginning today, VA national cemeteries across the country will be honoring World War II Veterans as part of the 70th anniversary “Keep the Spirit of ’45 Alive” commemoration. Along with VA, Bugles Across America, the American Battle Monuments Commission, VA’s National Cemetery Administration, the National Parks Service, the Military Order of the Purple Heart and other participating organizations, invite the public to honor the World War II generation by placing wreaths at memorials, cemeteries and other locations around the world during the weekend of Aug. 14-16.

Find information on a Spirit of ’45 event near you on VA’s ceremony listing page.

Below are hotos from the wreath-laying event. (Click on the images to see the full photo.) You can also find more pictures from the Lexington event on Kentucky.com.