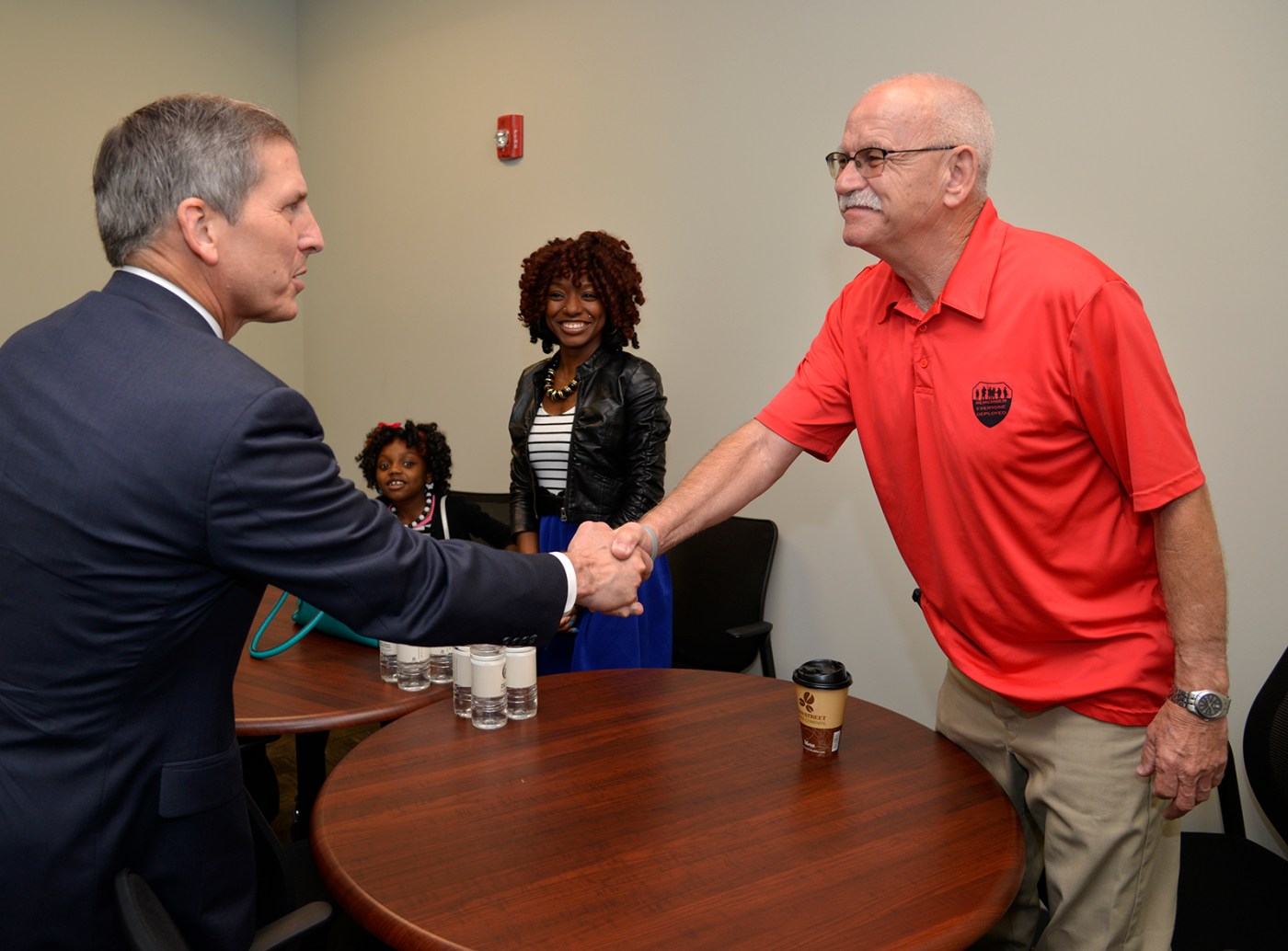 “There is hope no matter where you are in life. It’s never too late. If you still have a breath, you have a chance to change your life.”

Josiah “Joe” Towles’ face is a familiar one around the Ralph H. Johnson VA Medical Center in Charleston, S.C. He’s there at least twice a week, dropping off Veterans and making sure they get to their appointments on time. Towles’ infectious grin makes him a stranger to almost no one. When asked what keeps him so chipper, he responds simply.

The Air Force Veteran and South Carolina native has a special kind of appreciation whenever he walks through the doors of the medical center. That’s because 12 years ago Towles entered these doors for a very different reason.

After leaving the Air Force in 1972, Towles spent several years fueling a drinking habit that had started in his youth. From drinking, he eventually graduated to experimenting with drugs. The Veteran was able to maintain jobs and go about his life for a while, but eventually his lifestyle of abusing drugs and alcohol led him to losing multiple jobs, relationships, and thousands of dollars.

By April 2003, Towles was a lifelong alcoholic now fighting a drug addiction and had also just recently become homeless. Towles’ depression even prompted him to contemplate taking his own life, but in the end, he decided against it. It was shortly after that experience that the Veteran realized he wanted to change his life. He walked into the emergency room of the medical center, not knowing where else to turn.

“It was the best thing that could have happened to me,” Towles remembers.

Towles spent 10 days detoxing at VA. He received the care he needed and was monitored closely. While there he picked up a daily devotional by a popular Christian pastor and read the entire month’s readings in one sitting. That book and the Savior’s Prayer, he says, forever changed his life.

“I knew God had something else planned for my life. He wasn’t through with me yet,” says Towles, using a phrase often repeated among people sharing testimonies of faith.

It was then that Towles began using the resources provided by VA to get his life back on track. After his stint at the hospital, he was offered housing at Vet Villas – a temporary housing facility in North Charleston that houses homeless Veterans who have completed VA’s substance abuse recovery inpatient program. Vet Villas is a subsidiary of the Chesapeake Health Education Program (CHEP), which partners with the Charleston VA to ensure that Veterans are receiving the supportive care they need as they work to remain sober.

Towles’ time at Vet Villas was an integral part of him staying clean. He began attending Alcoholics Anonymous and Narcotics Anonymous meetings-often more than one in a day. Many recovering addicts set a goal of attending 90 meetings during their first 90 days of recovery. Towles went to 132.

Grateful for his new home at Vet Villas, Towles helped out wherever he could and even encouraged other people around him who were also working their way through sobriety. Towles’ efforts did not go unnoticed, and only three months into his stay, he was offered a job at Vet Villas.

Towles has worked in several capacities throughout the CHEP for the past 11 years. Today he is a case manager handling 22 Veterans and their families. CHEP houses homeless Veterans while teaching them skills and providing resources that can lead to responsible and sustained independent living. The program worked for Towles. After years as the resident manager of Vet Villas, the Air Force Veteran closed on his own home last June.

Towles’ story from a life filled with drugs and alcohol has been replaced by one filled with altruism and gratitude. He continues to share his experiences with recovering and homeless Veterans, and in 2008, Towles became a Human Services-Board Certified Practitioner.

Towles enjoys going to work each day and says that he is just a Veteran doing what he can to help other Veterans. When he isn’t working, he spends his time with family. He says he has three of them now-his birth family, his church family, and his Veteran family.

At 65, Towles shows no signs of slowing down. He plans to continue being an encouraging presence and helping Veterans who struggle with homelessness and addiction.

“There is hope no matter where you are in life. It’s never too late,” he says. “If you still have a breath, you have a chance to change your life.”

For more information on how VA can help with drug addiction head here. You can find support for homeless Veterans here or by calling 877-424-3838.

About the Author: Lanelle Strawder is a Public Affairs Specialist at the Ralph H. Johnson VA Medical Center