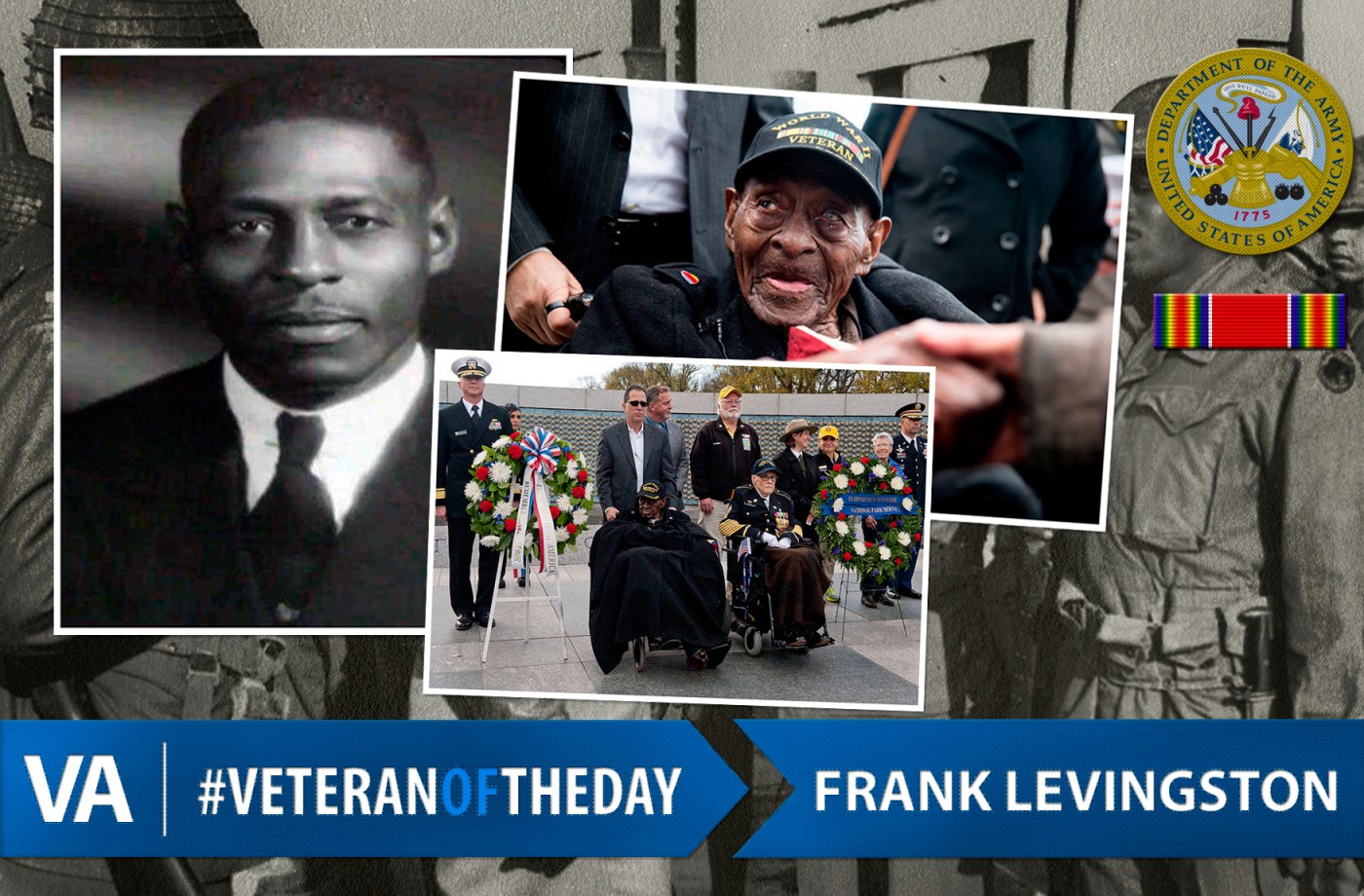 Today’s #VeteranOfTheDay is Frank Levingston of the U.S. Army. Frank enlisted in the Army in 1942, a little less than a year after the Pearl Harbor attacks. Frank served as a private during the Allied invasion of Italy in September 1943 and did a tour in North Africa. He was honorably discharged in 1945 and spent much of his post-military life in the cement finishing business. In December 2015, Levingston was part of a group of Veterans who traveled to Washington, D.C., for a ceremony marking the Dec. 7, 1941, attack on Pearl Harbor.