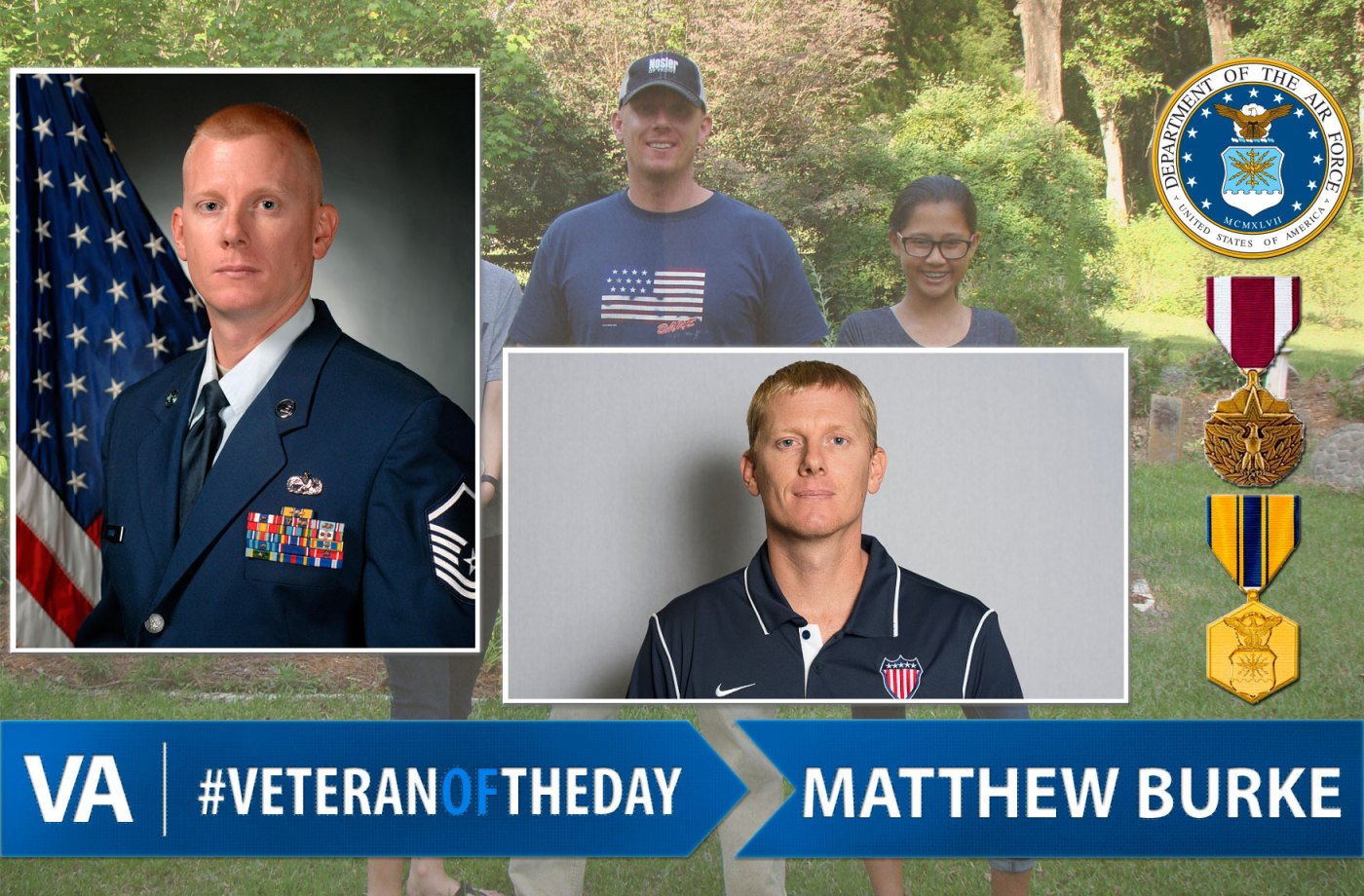 Matthew joined the Air Force in 2000 and served a total of thirteen years. He was deployed four times, worked on C-130 aircraft, recruited, and was acting Flight Chief.

In 2011, he was injured during an attack while searching for one of his troops. He transitioned out of the service as a Wounded Warrior.

Matthew went on to earn his black belt in taekwondo and to complete a masters program in Specialized Ministry.

He was selected to compete in the inaugural Invictus Games in London. He won gold and silver medals during the competition.

He is now the president of 10 CAN, Inc., a faith-based non-profit for military and first responder families.

Matthew says he holds the greatest pride in raising his two daughters and teaching them about serving their local community.

Thank you for your service, Matthew!