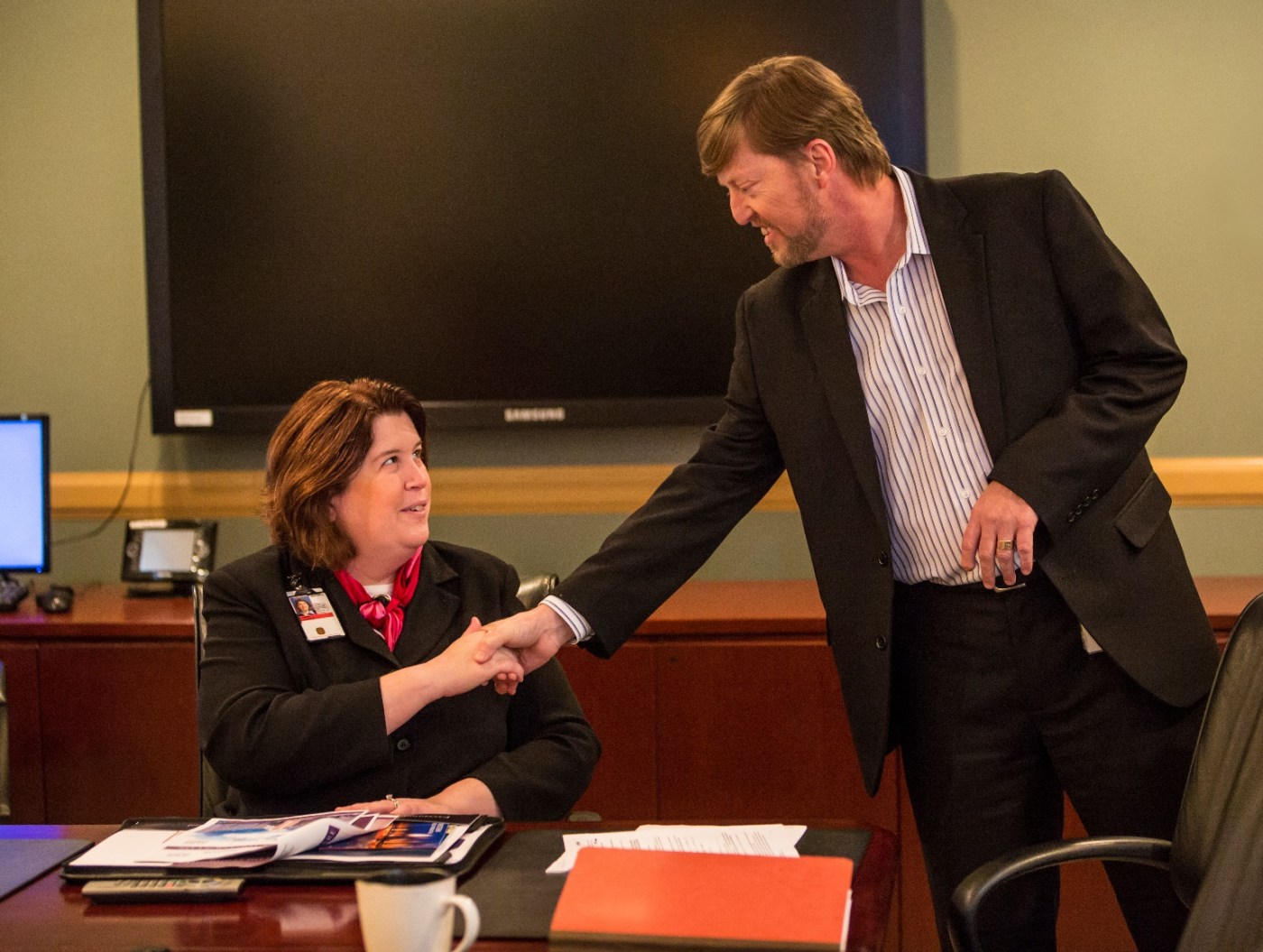 Are you a change agent? Are you dedicated to improving healthcare systems? Then you probably know that in some organizations, top management resists change. This attitude creates obstacles for frontline leaders who want to serve their constituents better. In contrast, Department of Veterans Affairs Secretary Robert A. McDonald has a long track record of developing change-focused leadership. When he was CEO of P&G, Chief Executive Magazine twice named the firm as the best company for leaders. Similarly, Hay Group, the global HR consultancy, named P&G #1 in Hay Group’s Best Companies for Leadership Study. Secretary McDonald is now bringing his commitment to leadership excellence to VA, where there is an especially big need for executives to guide their medical centers.

The bottom line is that health care executives at VA will benefit from the latest leadership and managerial approaches.

On May 4, 2016, at the Center for Strategic and International Studies (CSIS) International Security Program, Secretary McDonald first discussed some of the little known recent achievements of VA (e.g., receiving the J. D. Power highest score for mail order pharmacies for the sixth year in a row). He then launched into works in progress that will bring a “sea of change” to VA culture.

He pointed out that Lean Six Sigma quality training and implementation is bringing positive results at such facilities as the VHA Medical Center in Palo Alto, California. Employees have been following these collaborative principles of improvement, which aim at reducing defective service to an insignificant proportion. Secretary McDonald is broadening and intensifying this methodology that led to Toyota’s success and has already proven its cost and quality value in VA programs.

Secretary McDonald also mentioned the enlistment of one of America’s most acclaimed management gurus: Dr. Noel M. Tichy, Professor of Management and Organizations at the Ross School of Business at the University of Michigan. In the 1980s, GE CEO Jack Welch contracted Dr. Tichy to redo GE’s management training and thus help transform the company.

In one of Tichy’s books that McDonald often cites, the author talks about the dynamics of transforming an organization: “Leaders energize people through transitions. Change unleashes a lot of mixed emotions: fear, hope, anxiety, uncertainty, elation, sadness, excitement, and so forth. The key for leaders is to ultimately deal with emotional energy in a positive way while recognizing the reality of the struggle. They do more than give inspiring speeches and pep talks. They help people to see the opportunities that lie before them and create an environment that supports fulfillment of the group’s mission. The most critical part is leading people through transitions laden with deeply mixed emotions.  Leaders channel these mixed emotions into a positive force.”[1]

If that kind of challenge energizes you, then you well might consider Veterans Health Administration (VHA) as the place to use and hone your leadership talents … while you are contributing to the important mission of serving our Nation’s Veterans and their families.  If you see yourself as a change agent, we encourage you to Join Us.