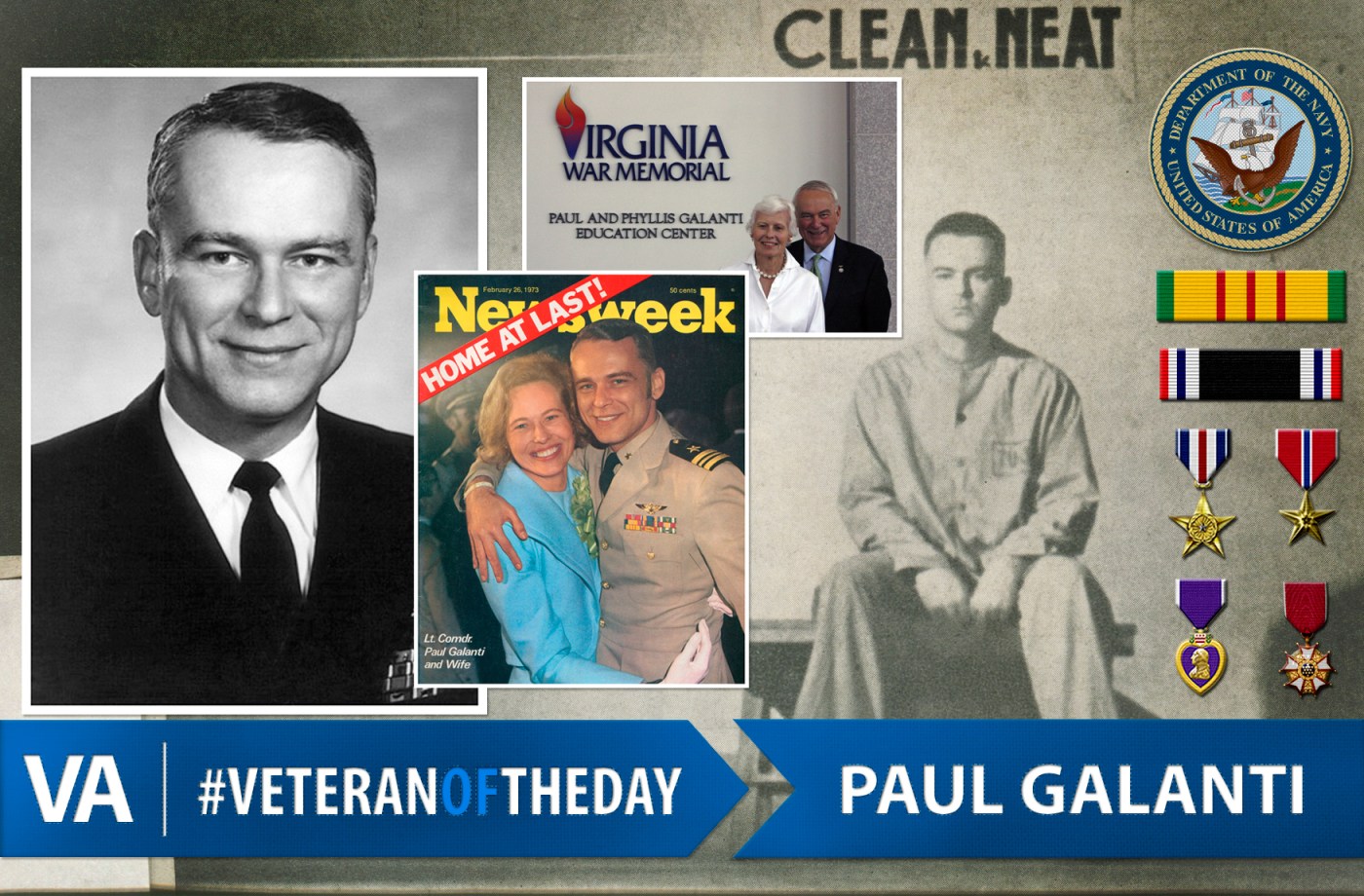 Today’s #VeteranOfTheDay is Navy Veteran Paul Galanti. Paul was a pilot of an A-4C Skyhawk, assigned to the Navy Light Jet Attach Squadron 216 (VA-216), USS Hancock. He graduated from the U.S. Naval Academy in 1962 and medically retired in 1983.

During a deployment to Vietnam, while undergoing his 97th combat mission, Paul’s aircraft was shot down on June 17, 1966. He was captured and resided at the Hanoi Hilton as a prisoner of war for nearly seven years.

During a LIFE magazine photo shoot, as he sat on a cot the North Vietnamese had staged as a propaganda event, Galanti took the photos with both middle fingers extended in a defiant move, only to have both fingers airbrushed out before print by LIFE magazine editors.

While Paul was captured, his wife, Phyllis, became a fighter for POW rights and the release of her husband. Her role in life went from housewife to POW/MIA crusader, and her Write Hanoi project garnered more than 750,000 hand-written letters from Virginians. She personally delivered them to the North Vietnamese Embassy in Sweden.

After returning in February 1973, Paul held a variety of positions with the Navy until he retired in 1983.

Paul currently lives in Richmond, Virginia. In 2010, he was appointed by the governor as the commissioner of the Department of Veterans Services for the Commonwealth of Virginia.

In 2014, Phyllis passed away after a battle with Leukemia. Since then, a bill was introduced to dedicate a plot of land on the McGuire VA Medical Center as the Phyllis E. Galanti Arboretum. On Sept. 16, 2016, the arboretum was officially dedicated.