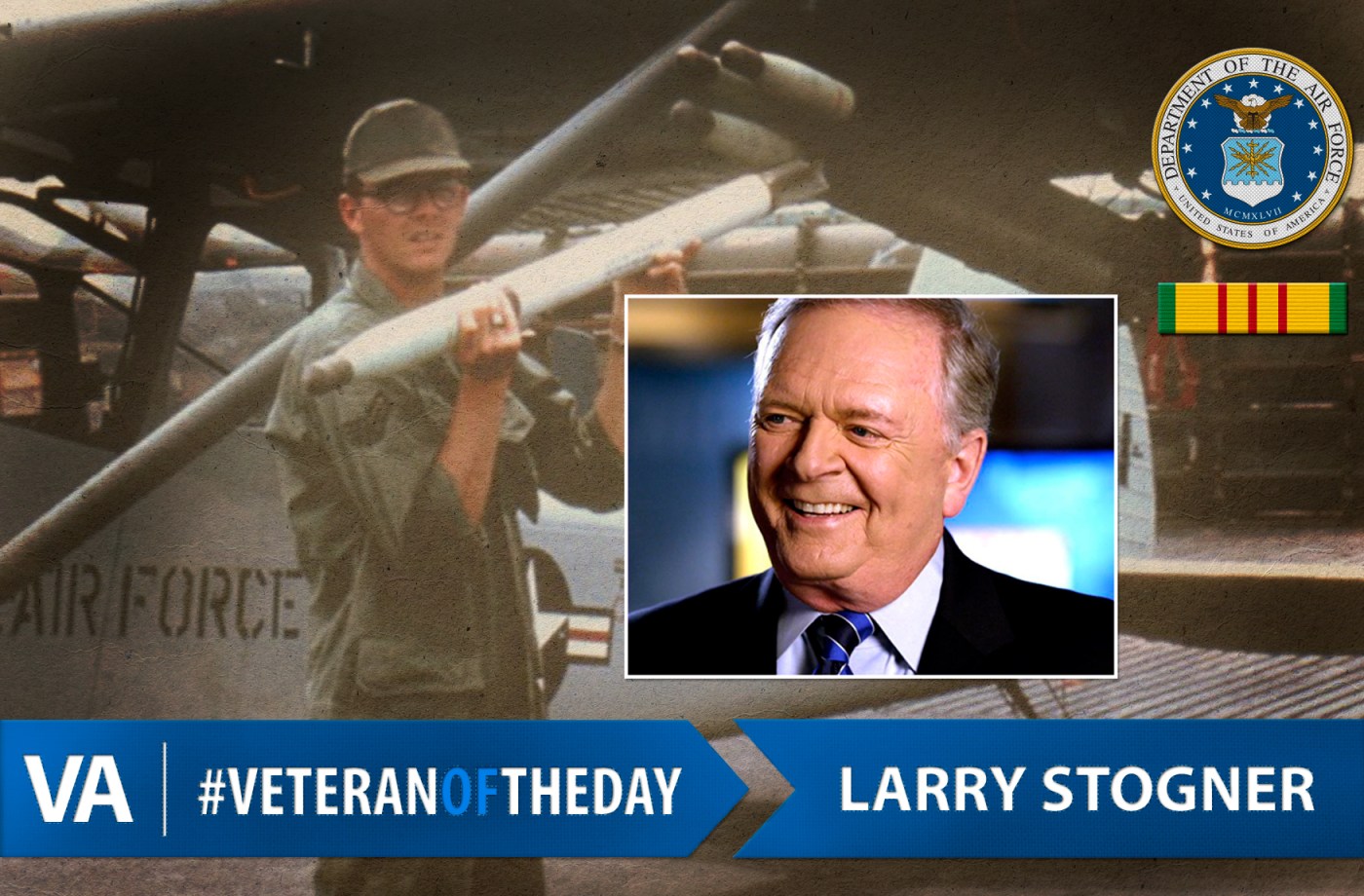 Today’s #VeteranOfTheDay is Air Force Veteran Larry Stogner. Larry served in the Air Force during the Vietnam War. In an article for Walter Magazine, he recalled witnessing his buddy get killed in the first few minutes of the infamous Tet Offensive. “He ran to the right when the Soviet-made rockets began to land around us, sending shards of metal in all directions.  I crawled to the left.  A rocket hit his bunker, cutting Jim in two.  A small piece of shrapnel in the knee is all I got.  Pure dumb luck.  Still, I have the memories.  Memories of a war everyone just wants to forget,” he wrote.

After his time in the Air Force, Larry began his television career in North Carolina where he worked as an anchor/reporter. In 1982, he was named anchor of the 6 and 11 o’clock newscasts for ABC11 Eyewitness News.

In the summer of 2002 he accompanied units of the 82nd Airborne Division into Afghanistan, where he provided live nightly reports from Kandahar and later produced an hour-long special Kandahar Diary. He traveled to the Persian Gulf to cover the ongoing conflict with Iraq, and to the Adriatic Sea, as U.S. Navy warplanes hammered targets in Kosovo and Yugoslavia. In 2010 he traveled to Haiti with the 82nd Airborne, providing live reports for ten days following the devastating earthquake there.

Larry also traveled to Vietnam in 1995 to report on the 20th anniversary of the fall of Saigon, which effectively ended America’s involvement in that conflict. His documentary called Back to Nam was nominated for an Emmy.

In 2015, Larry retired from the anchor desk. When announcing his retirement, Larry also shared with his viewers and colleagues that he was battling ALS. After retiring from the anchor desk, his new full-time job was fighting for awareness, research and ultimately a cure for ALS.

Larry lost his battle to ALS and passed away at his home Oct. 3. We honor his service.