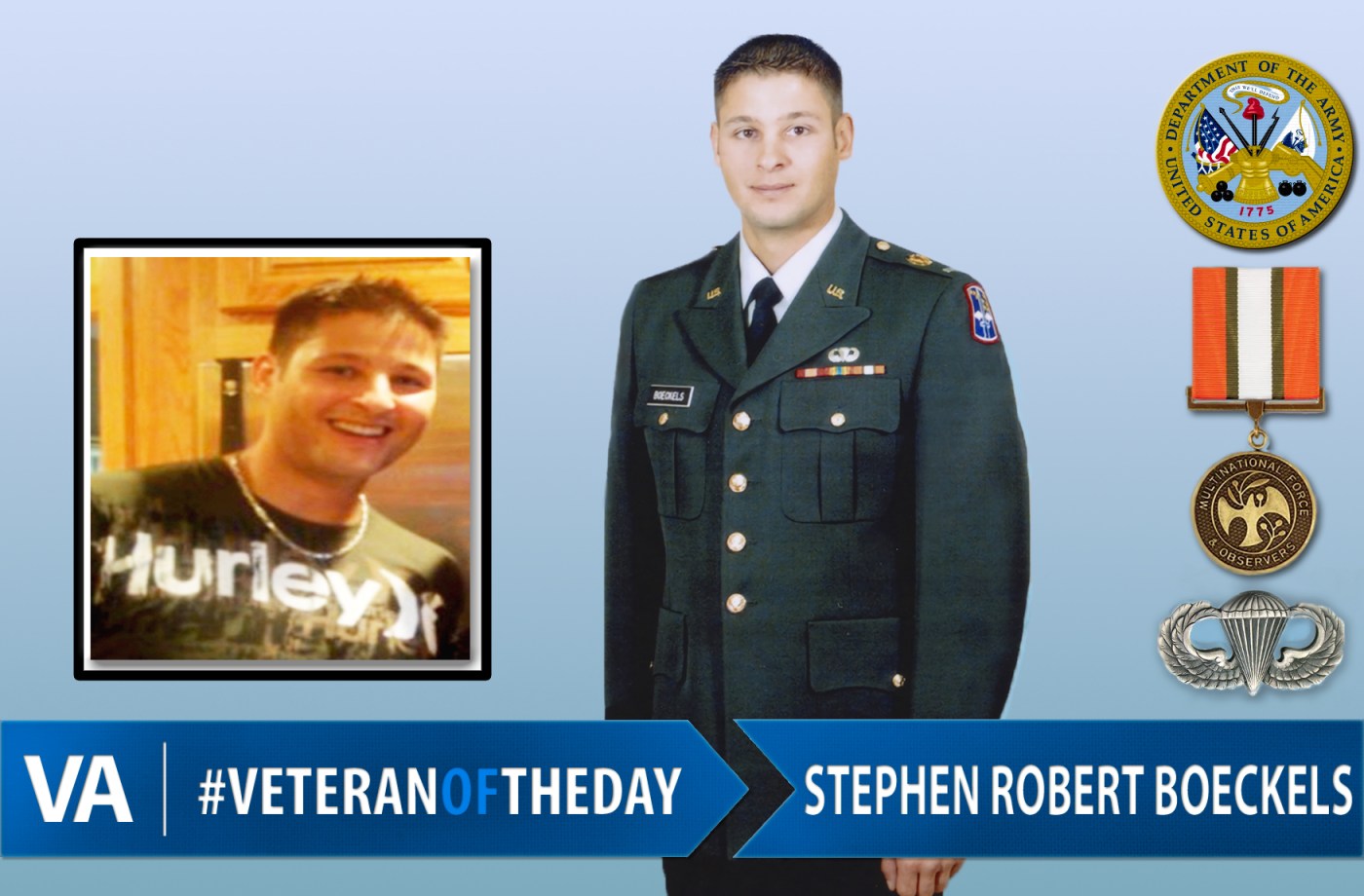 In an interview for the Veterans History Project, Army Veteran Stephen Robert Boeckels recounts his time as a cadet at West Point, serving in the Army and becoming an advocate for the repeal of the military’s “Don’t ask don’t tell” (DADT) policy.

Stephen knew he wanted to join the military when he was just a teenager and believed it was his calling. His father and uncles, Veterans themselves, encouraged his interest. He recalls going to football games and walking around the West Point campus, which influenced his decision to apply to the U.S. Military Academy.

Raised in a conservative household, he credits his time at West Point for teaching him to be more open-minded. He fondly recalls his graduation from West Point as one of the happiest days as his life.

After West Point, he was stationed at Fort Knox for further training with the intent of joining the Rangers. However the death of his dad hit him hard and derailed those plans. In 1998, he was deployed to the Sinai Peninsula on a peacekeeping mission serving with the 15th Cavalry regiment, 1st Cavalry Division, and as part of the Multinational Force and Observers. He recalls how he enjoyed his time there as he got to travel around and learn about different cultures.

Following his deployment, Stephen described the next few years as one of emotional upheaval as he struggled with transitioning from West Point to the “realities of the military” and the realization that he has been suppressing his sexuality. Despite his struggles, he acknowledged that he had a great support system in his roommate, friends and commander at Fort Knox that helped him in his coming out.

He was honorably discharged from the Army in 2000. Afterwards, he served as a volunteer civilian recruiter for West Point. Stephen also became an advocate for repealing DADT. The “Don’t Ask, Don’t Tell” Repeal Act was enacted in December 2010 and implemented in September 2011.