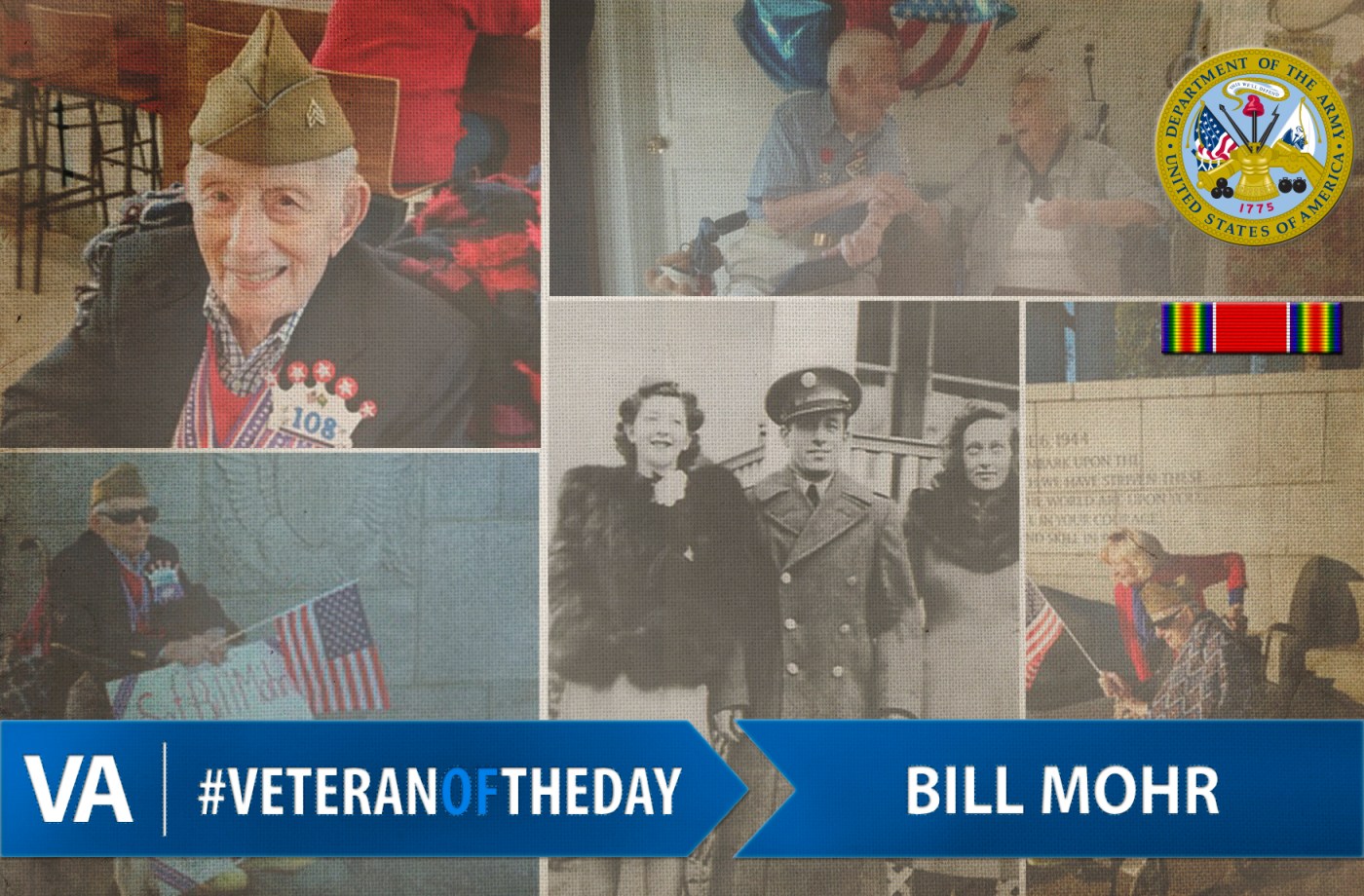 Bill and his twin brother, Joseph, were born in October 1908. Bill enlisted in the Army in 1940 and served as a sergeant and member of the 381st Replacement Company European Front in North Africa, Italy, France and Germany. He was awarded the Legion of Honor, Chavelier by the French government for his service in the Beachhead Invasion of St. Tropez in August of 1945.

Bill was honorably discharged in 1946 due to a back injury, which left him unable to walk for two years. Recently, while visiting the National World War II Memorial, he received a military welcome and attended the annual Veterans Day breakfast at the White House with president.

Bill, who was one of the oldest surviving World War II Veterans in the U.S., passed away Sunday, Dec. 18. He was 108 years old.

We honor your service, Bill.

Graphic by Kierra Willis: Kierra is a Graphic Communication Major at the University of Maryland University College. She currently has an AAS in Graphic Design and Visual Communications.