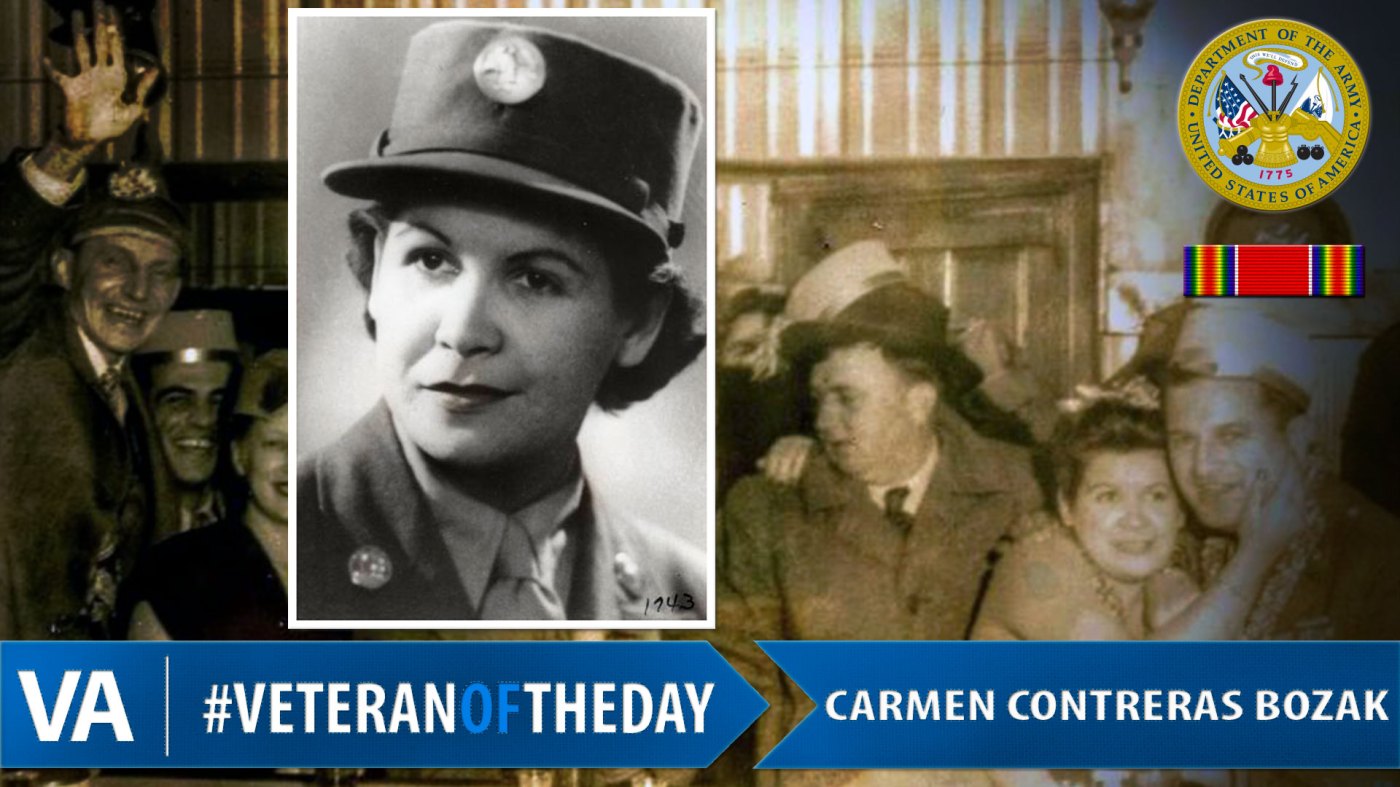 Carmen was the first Puerto Rican woman to join the Women’s Army Corps, where she served as interpreter. She spoke five languages: English, Spanish, Portuguese, Italian and French.

Born in Ponce, Puerto Rico, she later moved to New York City and graduated from Julia Richman High School in the Bronx. Six months after the attack on Pearl Harbor, Carmen joined the Women’s Army Auxiliary Corps. During the time that the Women’s Army Auxiliary Corps was being established, they were looking for bilingual Hispanic women to fill career fields such as cryptology, communications and interpretation.

In January 1943, she was one of 195 women who made up the first cadre of females sent overseas. She arrived in North Africa and was assigned not as a typist or stenographer, like many at the time, but to the Signal Corps — sending and receiving coded messages between General Dwight D. Eisenhower’s headquarters in Algiers and the battlefield in Tunisia.

After she contracted an eye infection while in Africa, she was sent to Valley Forge Hospital in Pennsylvania. It was there that she met Theodore Bozak, an Army soldier who was recovering from shrapnel wounds in his head. They were married six months later.

After the war, Carmen worked at the post office, as a real estate broker and volunteered for decades at VA. She started a chapter of WAC Veterans in Fort Lauderdale, Florida. Carmen and Theodore raised three children.

Veteran of the Day Women Veterans