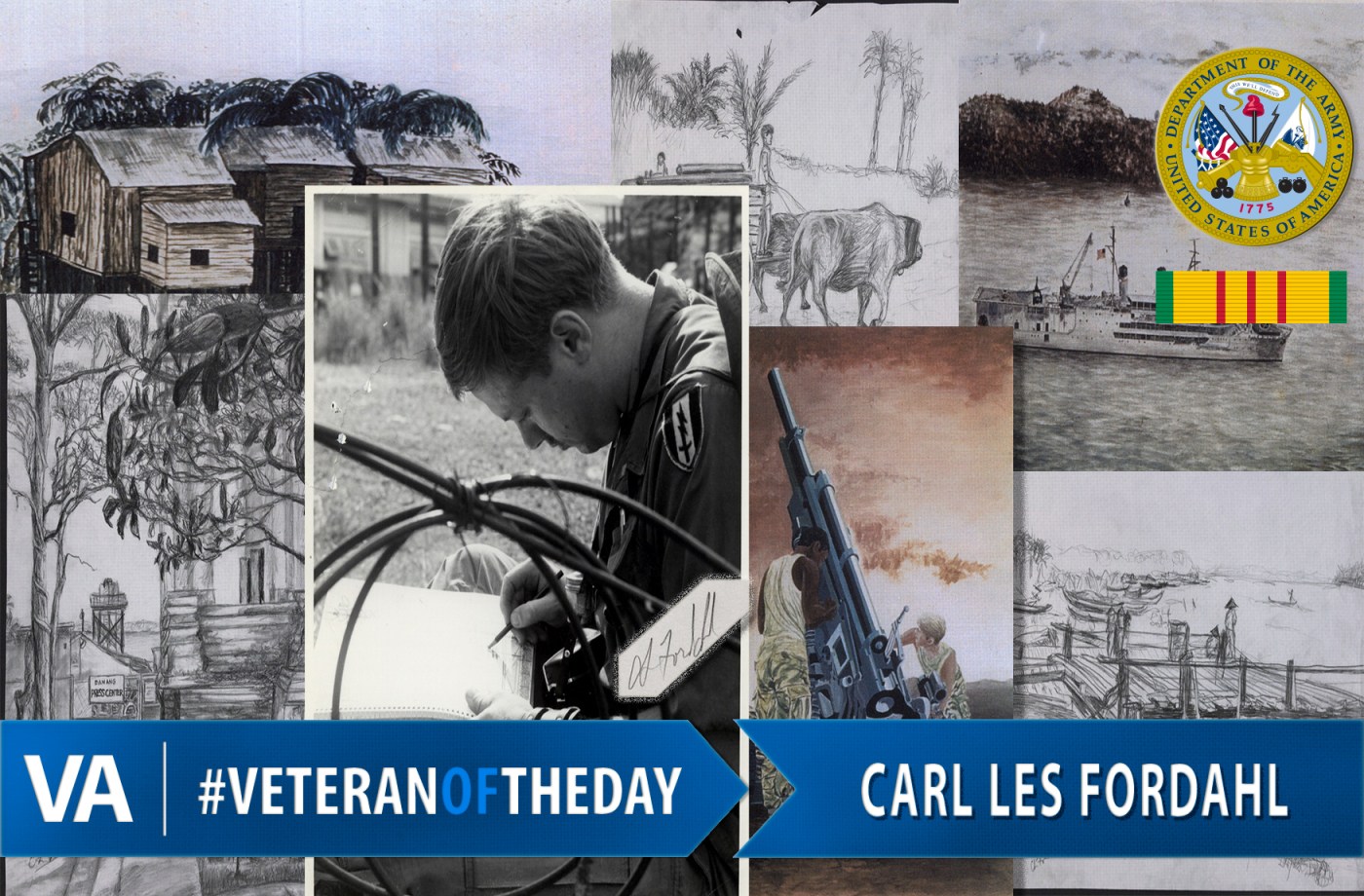 Carl served with the Army Headquarters Company and the 1st Signal Brigade. He enlisted in 1967 and served as a draftsman, illustrator and combat artist. Images of his creative works along with an interview about his time during the war were given to the Veterans History Project.

Carl was first stationed at Fort Devens and trained at the Army Security Agency. He was then shipped to Europe for 13 months and finally reassigned to Vietnam in 1969. For the first few months he worked on communication system charts. After that assignment ended, Carl requested a transfer to the combat arts section. He and three other combat artists formed a team and traveled throughout the whole of Vietnam. “I drew the war. I sat on firebases and sketched. I sketched on the streets. I sketched on the rivers. Wherever I was.”

Carl still recalls his first day at Firebase Bastogne, not from a painting but a memory imprinted in his mind. Patrolmen returning from an operation greeted him and one of them offered him his bunk. “Those guys on the frontline and up in the hills didn’t have much, but they’d give you what they could. That’s the kind of men you served with. They always took care of each other.”

After the war, Carl’s art sat in the closet for about 20 years before they were donated to the National Veterans Art Museum. He said of his service, “I was proud of what I did. I never drew a weapon. I drew my pencil, and my paper and my camera. Documenting the war, that’s the greatest blessing God gave me to do.”

Thank you for your service, Carl!