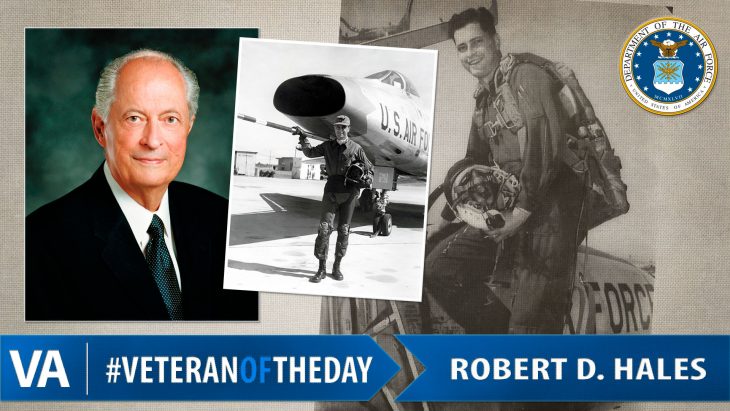 Today’s #VeteranOfTheDay is Air Force Veteran Robert D. Hales. Robert —“Bob” to his friends—grew up on Long Island, and after marriage and graduating from the University of Utah, joined the U.S. Air Force to become a fighter pilot. He flew F-84 and F-100 jets for three and a half years in the strategic and tactical air commands, and was a member of the squadron’s precision firepower demonstration team.

Robert applied what he learned in his Air Force days to his life and in teaching his two sons. “Our unit motto—displayed on the side of our aircraft—was ‘Return with Honor,’” he said. “This motto was a constant reminder to us of our determination to return to our home base with honor only after having expended all of our efforts to successfully complete every aspect of our mission.”

After serving in the Air Force, Robert earned an MBA from Harvard and became a successful business executive for several major national and international companies. Through his life Robert served in volunteer church positions, and for the past 42 years had been a senior leader of The Church of Jesus Christ of Latter-day Saints. Robert exemplified his squadron motto throughout his life, and has returned with honor.

Robert passed away Sunday at age 85. We honor his service.