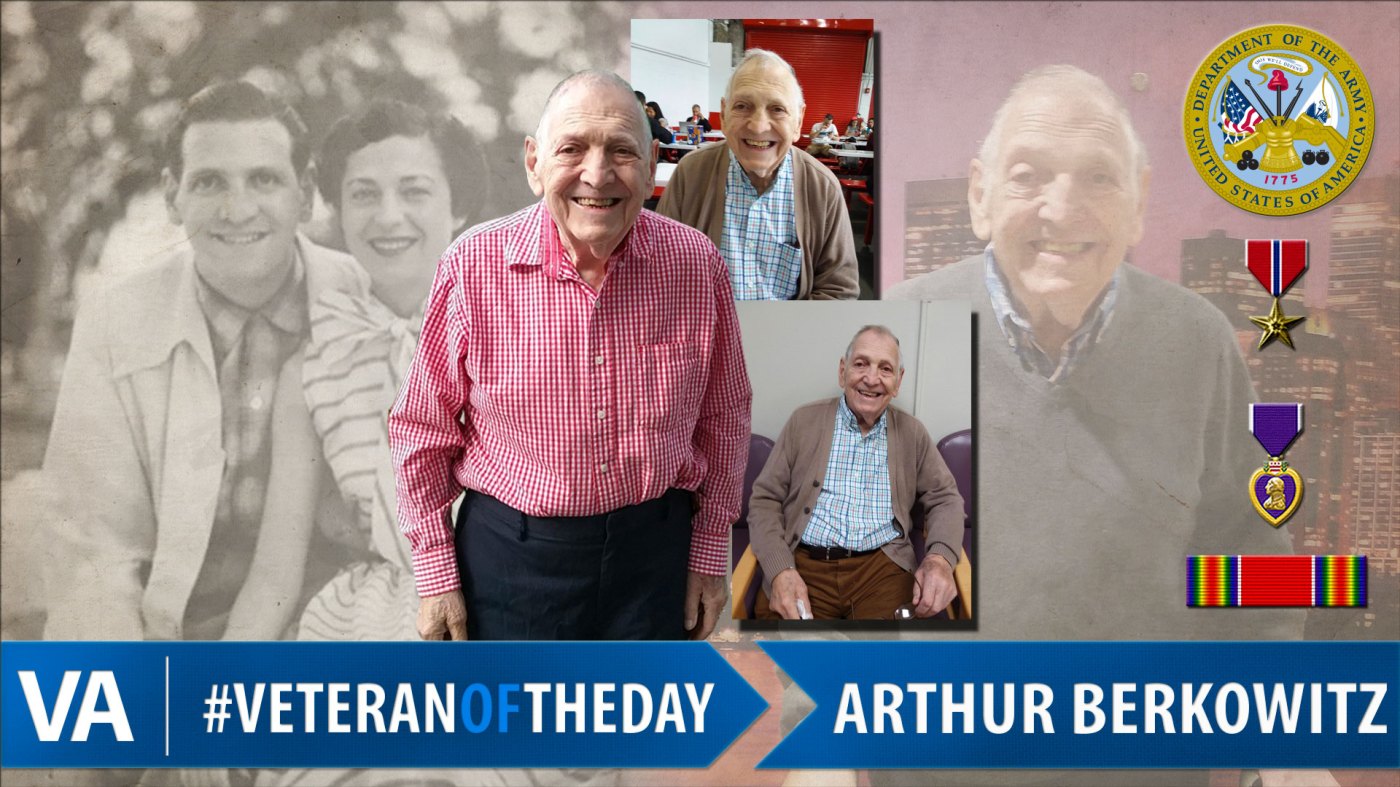 During World War II, Arthur was drafted as an infantryman. He fought during the Battle of the Bulge, a major German offensive fought in the late winter of 1944, through the densely forested Western Front of Europe.

“It was very, very cold. I slept on ice in a fox hole, wrapped in a coat I took off a dead German,” said Arthur in an interview with VA in 2014. “I wasn’t assigned to tanks, but I knew how to reload the gun. I asked another soldier to move over so I could reload, and he and the two other soldiers with me were killed by a mortar shell explosion,” said Arthur, recalling one traumatic incident among many. “That’s what you call luck,” he said.

Weeks later, Arthur’s knee was shattered by a sniper’s bullet. Treated on the field and airlifted to England, he was then transported by ship to the United States. He sustained 14 operations on his knee and spent over two years in hospitals, basically battling infection. The injury left him disabled for life.

After the war, Arthur met a Navy Veteran, Tabby, on a blind date. They were married within three months. They raised two daughters, and after his wife died he continued to live at home with his daughter, Sherry.

Sherry is Arthur’s sole caregiver, and they are frequent visitors to VA’s Manhattan campus, where he receives care in cardiology, PTSD, physical medicine and rehab.

“I have become an active participant with my Dad’s care team and interact with his providers at VA on a regular basis, assuring that I am carefully following his treatment plan. I regularly read his medical chart to be up to date on his current medical status,” said Sherry in an interview with VA in 2016.

“She gets up very early every day and drives me here, three, four times a week for all my appointments. I couldn’t do this without her,” said Arthur.

Happy Birthday, Arthur, and thank you for your service!