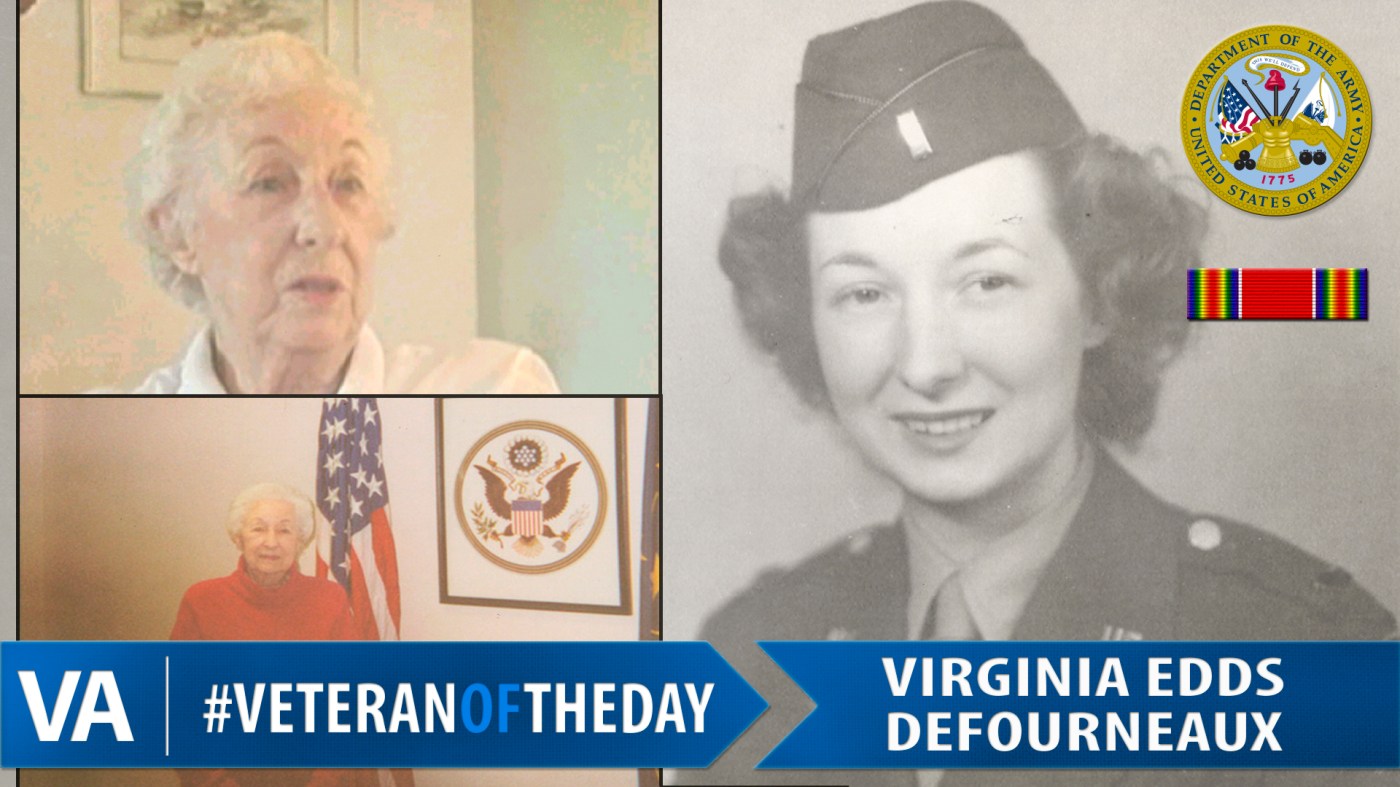 Today’s #VeteranOfTheDay is Army Veteran Virginia Edds Defourneaux. Virginia served as a nurse during World War II and was in the service from 1945 to 1965.

In an interview with the Veteran’s History Project, Virginia describes when she joined the military on April 1, 1945. Prior to her service, she worked in a hospital in Tennessee with the Atomic Energy Agency. As part of her training, Virginia was sent to Fort Harrison, Indiana, and Camp Beale, California. After completing her training, she was deployed to the Philippines, where she served as a nurse for two years.

Following the end of World War II, Virginia remained in the reserves and received a nursing degree from the University of Colorado. In January 1955, Virginia was deployed to Camp Gifu, Japan, where she was a nurse for the Air Force and the Marines. Virginia also served as a nurse at Camp Wood and the Tokyo Army Hospital.

Virginia returned to the United States and worked in public health in Fort Knox. She remained in the reserves until 1965 when she married her husband. Virginia continued to practice nursing in the United States after her service.

Thank you for your service, Virginia.