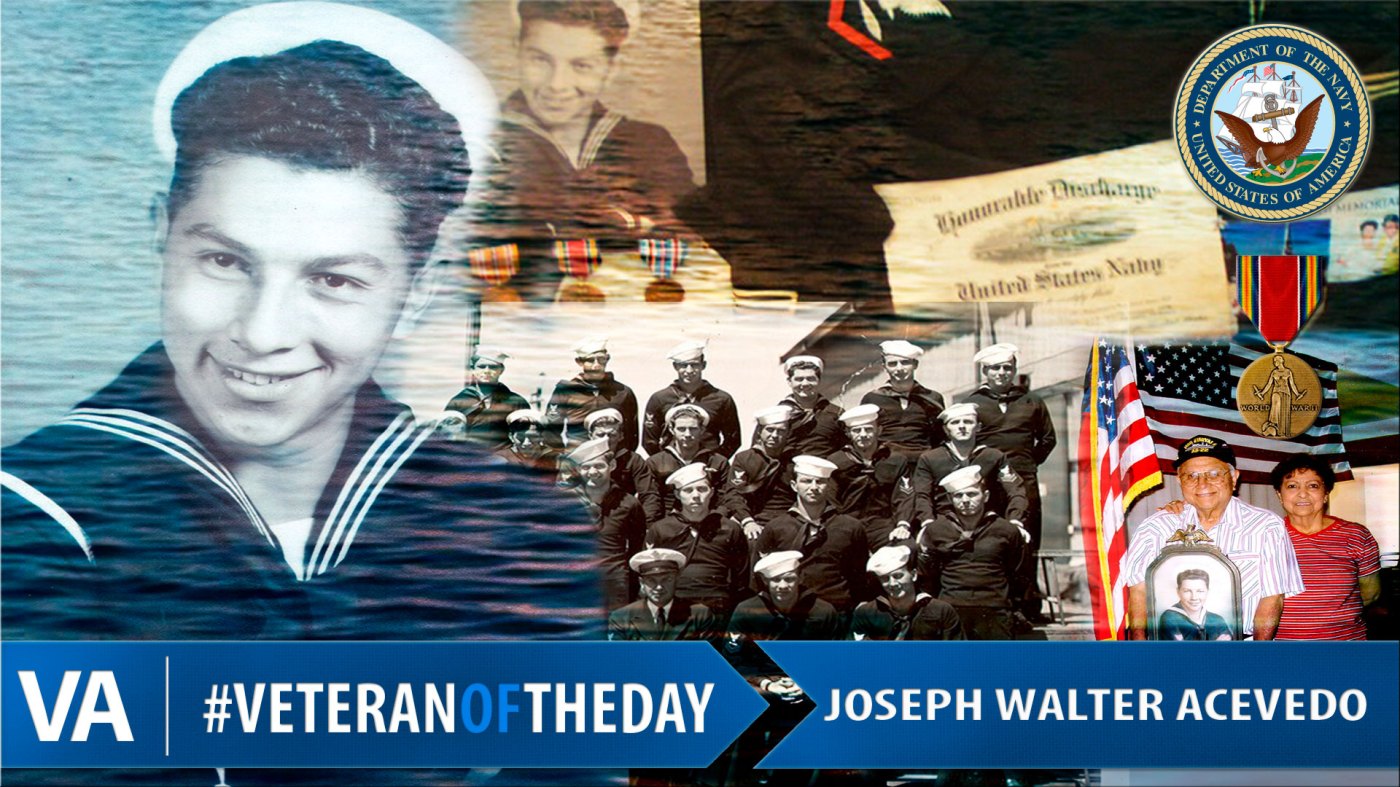 Joseph served from 1943 to 1945 during World War II. Joseph and his family moved to Los Angeles from his birthplace of Michoacán, Mexico when he was two years old. Following his high school graduation, he was drafted into the military and assigned to the Navy, his preferred choice. After completing boot camp and torpedo school in San Diego, California, Joseph was stationed near San Francisco. His company traveled across the Pacific to serve in New Guinea and Australia, where, at the urging of his family, he began writing to his future wife, Beatrice.

Joseph was stationed in Australia when the war ended in 1945. He married Beatrice the following year. They were married for 64 years and have four children and many grandchildren. Joseph became a United States citizen in 1948. He recalled this day as one of the happiest of his life. After his service, Joseph worked for the City of Los Angeles as a mechanic and in public works, and became a member of the American Legion. In 2005, he was unanimously elected as the San Dimas, California Senior Citizen of the Year for his community service.

This information has been obtained using the Veteran’s History Project and can be found here http://memory.loc.gov/diglib/vhp/bib/loc.natlib.afc2001001.30794