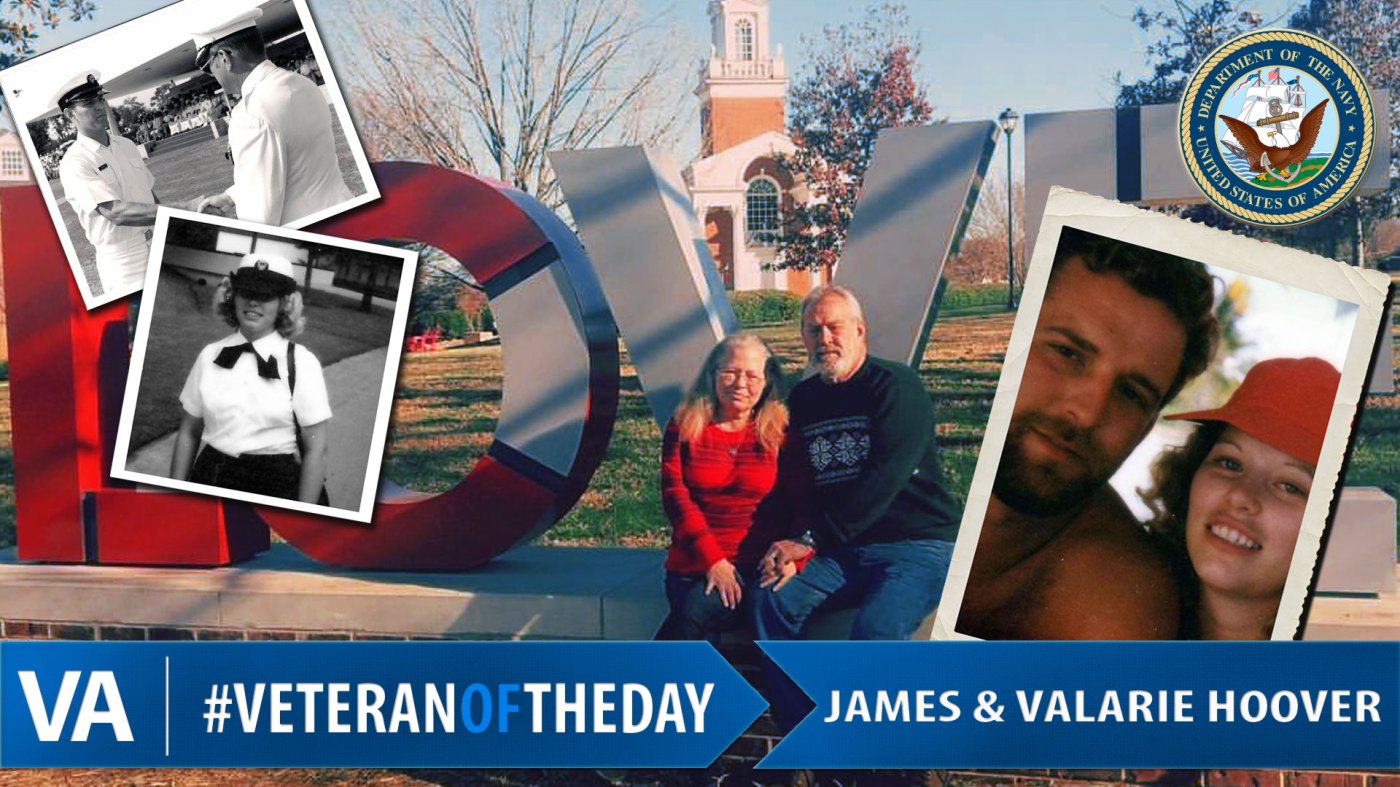 James enlisted in the Navy in 1977 and subsequently attended boot camp at Recruit Training Command (RTC) in Orlando, Florida. At his boot camp graduation, James earned the title of Honor Graduate. In 1978, he was stationed at Roosevelt Roads Naval Base in Puerto Rico. During his time in the Navy, James served on the USS King (DDG-41) and earned the rank of EM2.

Valarie enlisted in the Navy in 1977, and attended boot camp at RTC in Orlando, Florida. After graduating boot camp, Valarie would receive training to become a hospital corpsman at the corps school in Great Lakes, Illinois. Valarie would subsequently be stationed at Roosevelt Roads Naval Base in Puerto Rico.

While stationed at Roosevelt Roads Naval Base, the two sailors met and married in December of 1978. Coincidentally, Valarie and James graduated recruit training a week apart. Unbeknownst to them, Valarie actually sang in the chorus at James’s boot camp graduation.

After being honorably discharged, James began working as a regional actor in commercials, television, and film.

Valarie has a total of 27 years of federal service. Since 1994, she has worked at the Salem Veteran Affairs Medical Center. She started as a phlebotomist in the laboratory, but now she is currently the Region 3 Team Lead Information Security Officer.

Valarie and James continue to live in Roanoke, Virginia, and together have raised four daughters.

Thank you for your service, James and Valarie!