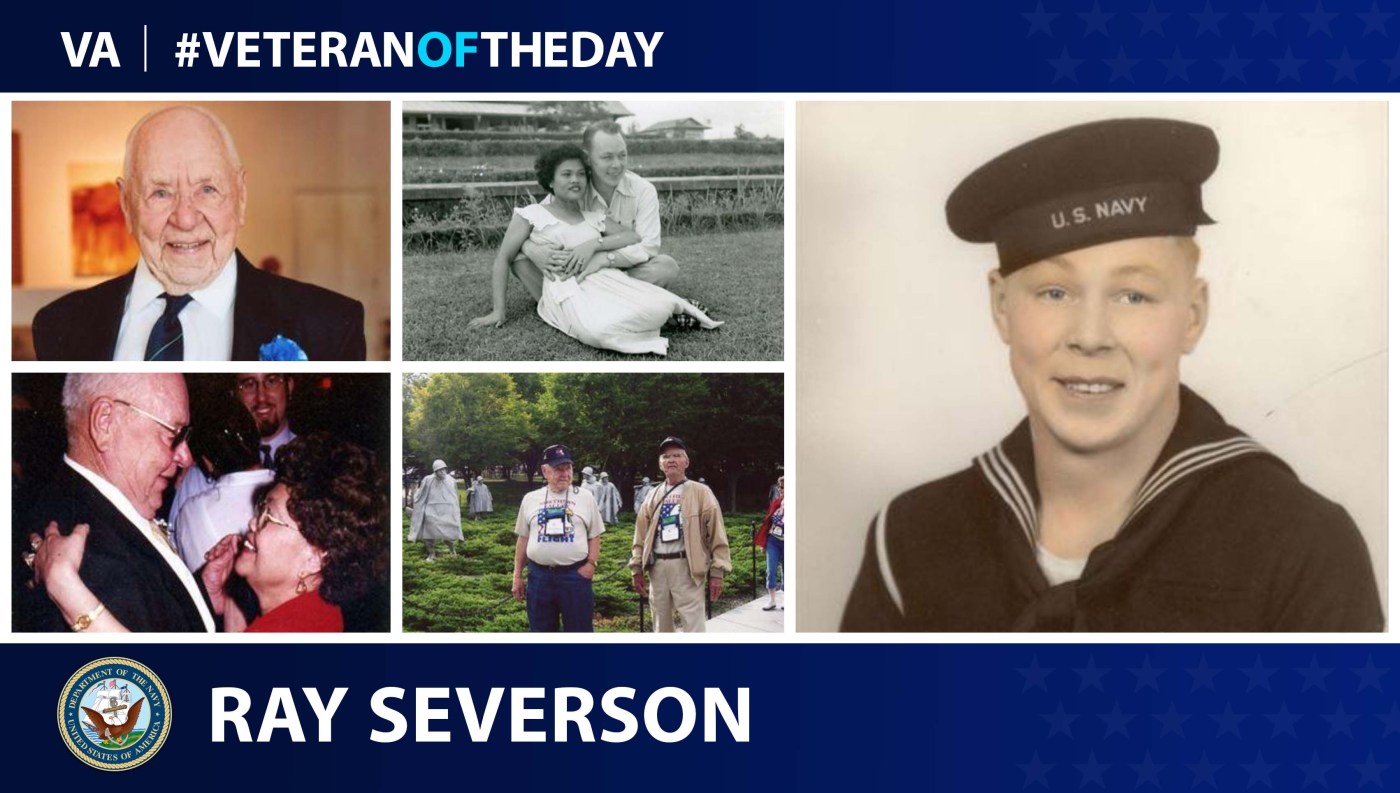 Ray was born the oldest of seven children in Fargo, North Dakota. In the 10th grade, Ray dropped out of school and began apprenticing as a watchmaker before joining the Civilian Conservation Corps (CCC) at 17. His work with the CCC took him across the mid-west before he took a job as an Aviation Metalsmith in Los Angeles, California. A year later, following US involvement in World War II, Ray enlisted with the United States Navy.

Ray was assigned to the USS Admiral E. W. Eberle transport ship and served in the Pacific. After the war, he enlisted with the Naval Reserves and earned his private pilot’s license in 1948.

In 1950, following the start of the Korean War, Ray was called into active service and stationed at Naval Station Stangley Point in Cavite City, Philippines. There, he served aboard a Martin PBM Mariner flying boat and was responsible for patrolling the coast of China for enemy activity.

Ray was honorably discharged from the Navy Reserves in 1956 and married his wife, who he met while stationed in the Philippines.

After moving back to his home town of Fargo, North Dakota, Ray took a job as a union plumber. In 1960, while working a job, he was severely injured in a natural gas explosion. After recovering, he began working for Honeywell, installing thermostats until retiring in 1987.  After his retirement, Ray began teaching welding at Moorhead Area Vocational Technical School.