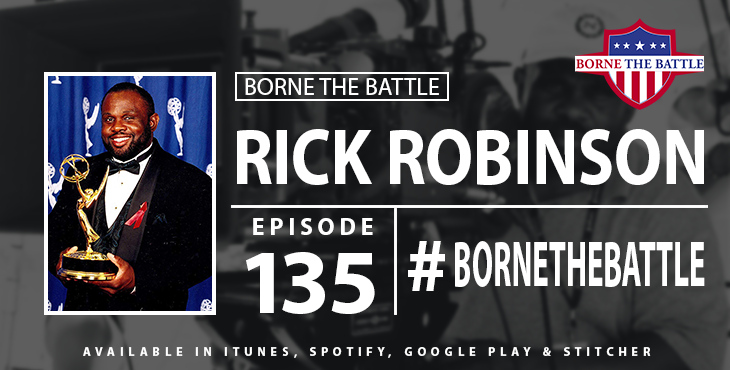 Since 2015, I’ve been wanting to do a Veteran-centered podcast. One thing I look back on is my transition. Although it was stressful at times, I felt like I had a relatively good transition experience. One of my passions is trying to guide other Veterans into a similar outcome and I thought I could achieve that with a podcast. However, the timing was terrible because I had just transitioned out of the military myself, had a full-time job and was going to school in the evening.

However, that was 2015, four years later, I’m ready to take this journey.

When I, as a friend put it, “assumed command” of this podcast, I knew exactly who I wanted as my first interview. During my time as a combat videographer, Rick Robinson was a huge influence on my career by helping me develop my technical skills. In this episode, Rick shares his experiences on his deployments, drops knowledge on how he broke into Hollywood without knowing a soul, lets us in on how teaching changed his life’s pursuits and tells us how he ended up in the South Pacific for over seven years. Rick also shares his journey back to the Marine Corps, and how he currently spends his time developing the present and future military visual information specialists.

You can also follow Rick here to see his past, present and future work.