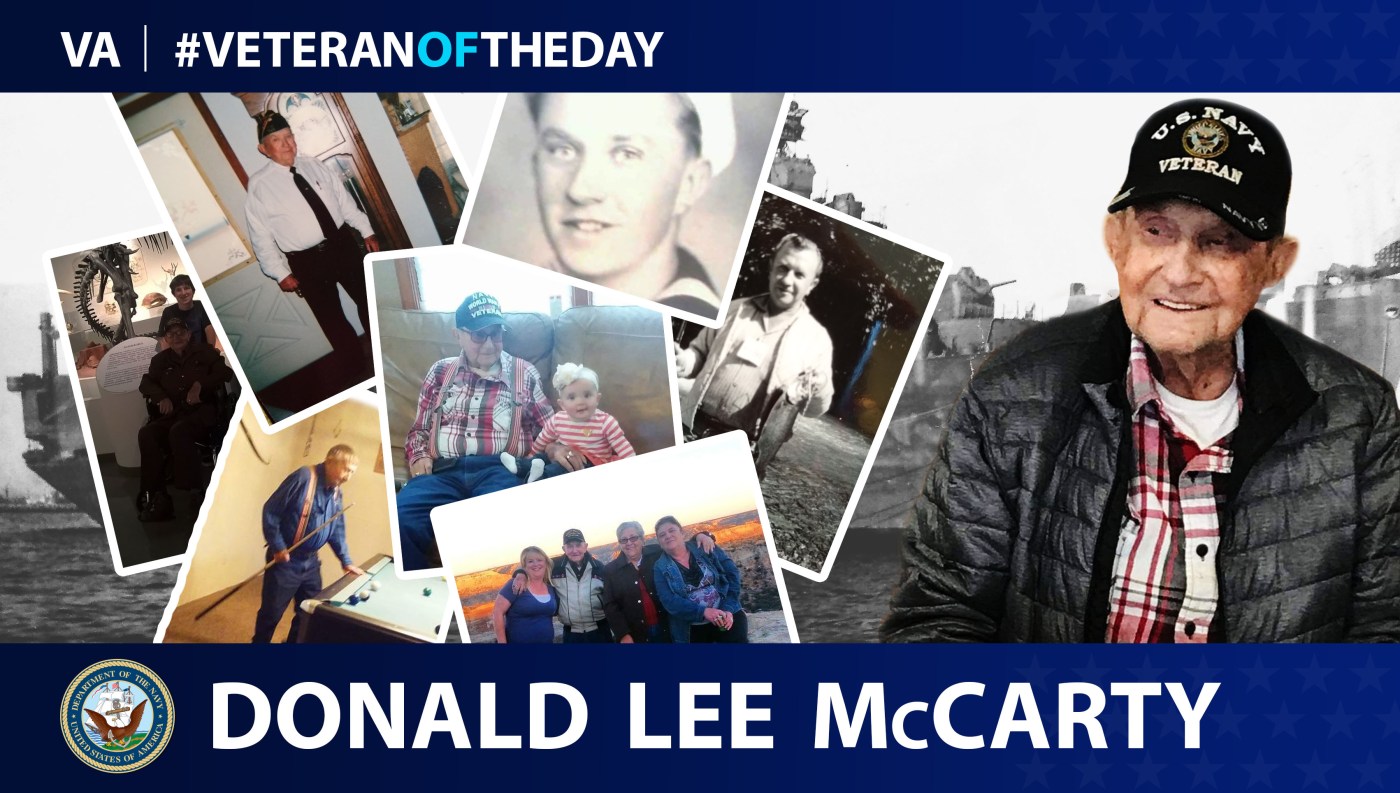 Today’s #VeteranOfTheDay is Navy Veteran Donald Lee McCarty, who served as a Gunner’s Mate Second Class aboard seven different ships from 1941 to 1947.

Donald Lee McCarty was born on February 5, 1924, in Altoona, Kan. Along with his two brothers, he enlisted in the Navy in Aug. 1941, when he was 17. After being raised on a small farm, he wanted to see the world, and with his parent’s consent he joined the Navy. With much excitement, he reported to basic training at Naval Station Great Lakes in Illinois.

After graduating basic training, McCarty was sent to Camp Pendleton in San Diego, Calif. From there he traveled to Hawaii, Egypt, Italy, Australia and Japan among many other countries. During his remarkable career, he served on all fronts of World War II, including the “forgotten front” of China, Burma, and India. He also witnessed the invasion of Sicily and recalled being attacked 35 times in four days. In his diary he wrote, “We sailed away from that place at 7:00 A.M., and that was one of the happiest days of my life, I never wanted to see action like that ever again.”

After the war ended, he boarded the USS Albemarle (AV-5), and headed to the Marshall Islands for Operation Crossroads and the observation of atomic bomb testing on warships. The Albemarle was exposed to radiation, and were quarantined for six weeks when they returned to the U.S.

McCarty was discharged from the Navy on Dec. 6, 1946, and returned home to Kansas, taking a job at the Standard Oil Company and later the Pipe Fitters Union.

We honor your service, Donald.