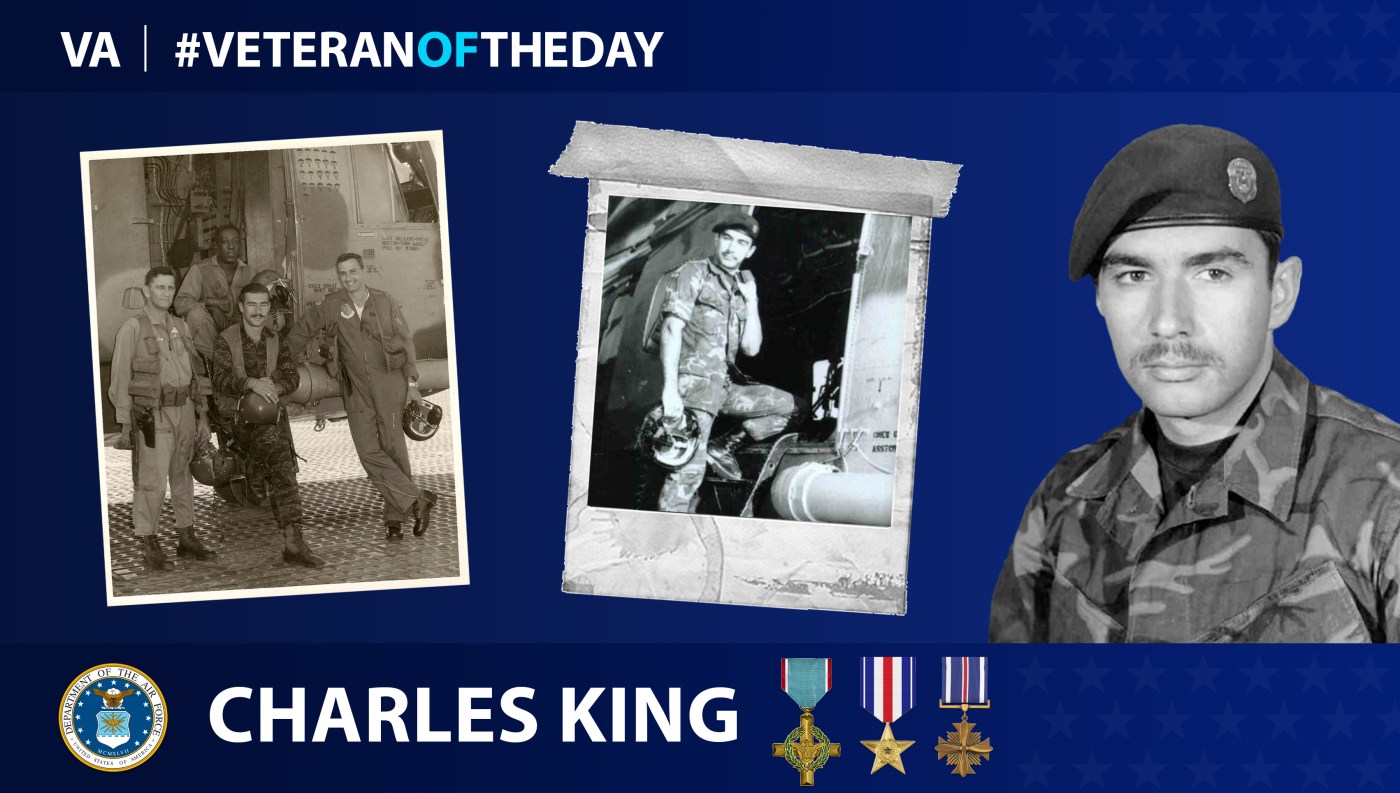 On the Air Force’s 72nd birthday, today’s Veteran of the Day is an Airman who made the ultimate sacrifice.

He received a Silver Star for his actions Sept. 17, 1968. While under heavy ground fire, King descended into the jungle to recover an injured Air Force pilot. He cut the pilot loose from his harness and immobilized the pilot, dragging and hoisting him to safety.

King and his team were tasked with a rescue mission to recover a downed injured pilot in Laos Christmas Day 1968. Once they reached the area, King voluntarily descended more than 100 feet below to rescue the pilot. He secured the pilot to the rescue device and dragged him to a point near to the waiting helicopter. A large enemy force attacked King. Though severely wounded, he refused to secure himself and ordered the waiting helicopter to pull away. In doing so, he was left alone, but his actions likely saved the life of the injured pilot and prevented further loss of life of his own crew. King was listed as missing in action and announced killed in action May 5, 1978.

For his actions in Laos, Charles received the Air Force Cross.