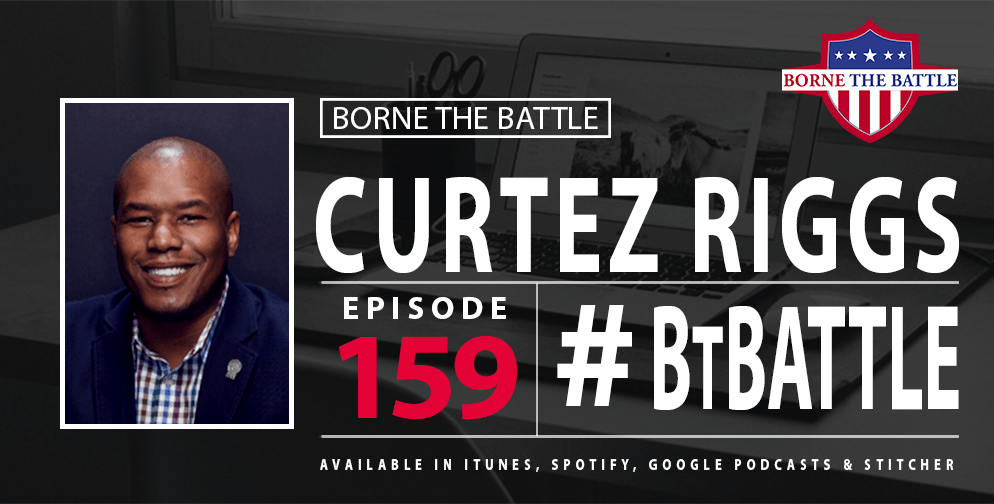 School. Streets. Military. In 1996, Curtez Riggs graduated high school and those were his options in Flint, Michigan. By that time, the auto industry that built “Buick City” had moved away. As a kid, Curtez picked up bottles, turned in cans and always had a side gig to bring in extra money. When it came time to make the decision, Curtez figured the Army was the best way to start his future.

His entrepreneurship did not stop when he joined the Army. Curtez continuously started businesses outside of his day job as a career recruiter. In this episode, you will hear how Curtez prepared for his military transition – years before he ended his active service.

Currently, Curtez is the CEO of the Military Influencer Conference (MIC). Started in 2016, the conference is a community of entrepreneurs, influencers, creatives, executives, and leaders who are connected to the military community. Curtez said he sees the conference as a mentorship and connection hub for future and current military Veterans looking to make the military transition with an entrepreneurial mindset. This year’s conference is in Washington, D.C., Sept. 8-10. Starting in 2020, the conference will be placed in a different region each year.

We’re so excited to have Krystel Spell presenting at #MICDC again! Krystel is Co-founder of Sofluential Media, where she works with brands to introduce their promotions and initiatives to the military market through the use of military influencers.

#BtBattle Veteran of the Week