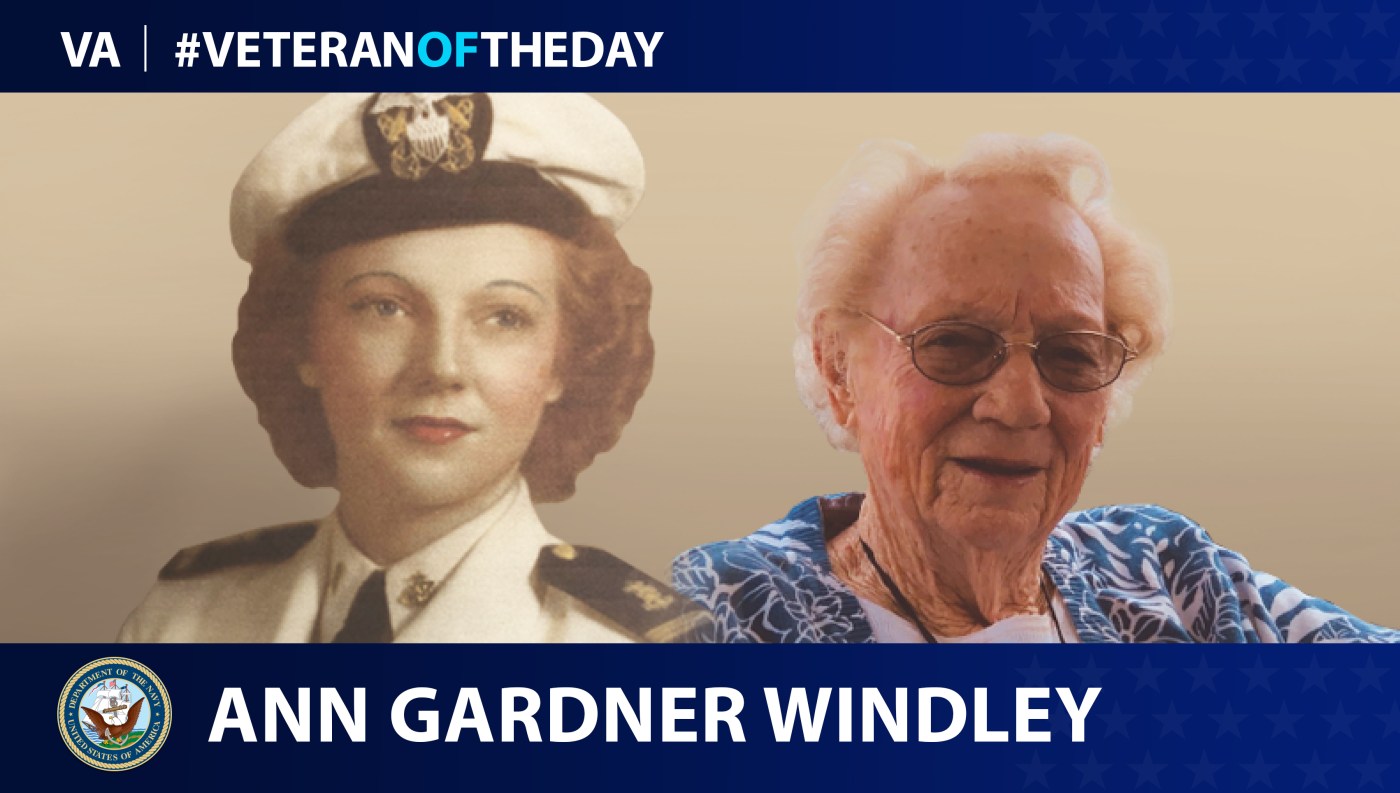 Ann Gardner Windley graduated high school in 1941. She decided to enter the University of Georgia in September 1941 to study chemistry. When the Japanese attacked Pearl Harbor Dec. 7, Windley decided to change her plans and was off to nursing school in March 1942.

Despite being told by her teacher that less than 18 of the 45 nursing students would pass the course, Windley fought through the rigorous curriculum and earned her RN degree. She first served in the Navy at Portsmouth General Navy Hospital on general rotation. Windley passionately served both men and women returning home, as well as German and Japanese prisoners of war.

Windley met her husband, Daniel Morgan Windley III, at Portsmouth in 1946. They met after Windley was stood up. He approached her and offered to walk her home. The two married a few weeks later and spent 60 years together before he passed.

After her marriage, the Navy forced Windley to leave her position due to stricter military requirements at the time. The two newlyweds moved to Aurora. Although Windley did not practice nursing in Aurora at first, her neighbors and local children still would come to her for their various ailments. Once a new doctor moved into town, and her daughter off to school, Windley went back to work full time.

Windley has worked with the Red Cross for over 60 years and was recently awarded her 60 Year Pin. Over the past 60 years, she has organized many bloodmobiles, leading her to receive the Presidential Volunteer Service Award.

Windley turned 95 years old April 14. She said she remembers her time in the Navy fondly but never has recalled it as some dramatic event, more as a selfless and giving experience she holds close to her heart. Windley said it was her “introduction into the real world” and was happy to serve and help others in such a meaningful manner.