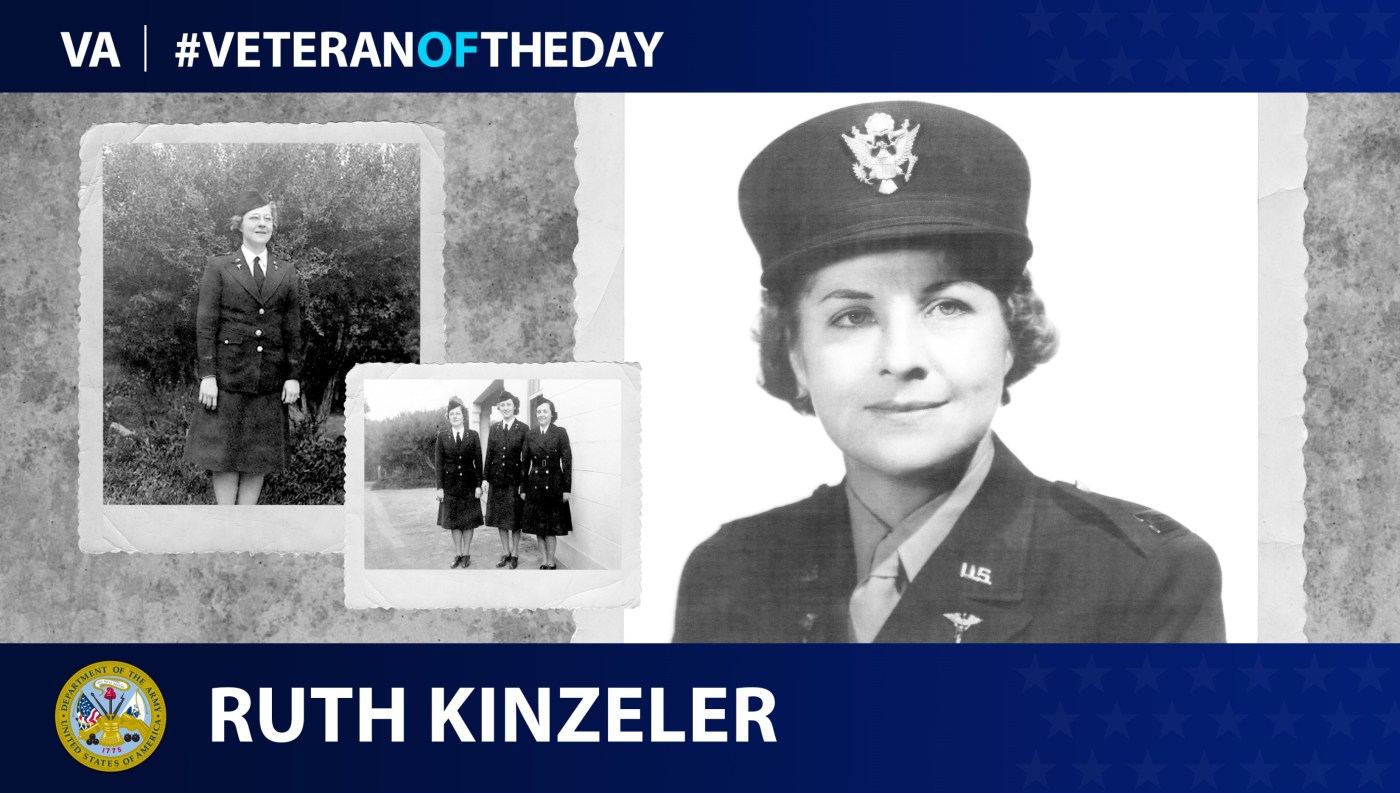 Today’s #VeteranOfTheDay is Army Veteran Ruth Kinzeler, who served as a nurse in the Pacific theater during World War II.

Ruth Kinzeler was born April 26, 1910 in Dayton, Ohio. She graduated from Stivers High School in 1928 and Miami Valley Hospital School of Nursing in 1932. Kinzeler went on to do her post-graduate studies in obstetrics in New York City. She started working as an obstetrical nurse at Glenville Hospital in Cleveland at the start of World War II.

Soon after the Pearl Harbor attack, there was a high demand for medical professionals to serve in the European and South Pacific Theaters of War. Kinzeler sweared in to the Army Nurse Corps Jan. 19, 1942. She served aboard a ship headed overseas, departing Jan. 23, 1942. Kinzeler was a captain and worked for the 4th General Army Hospital. She served in Melbourne, Australia and later worked in a tent hospital in the jungles of New Guinea when the Allies pushed north. With the tent hospital set up on an abandoned Japanese airstrip, Kinzeler and her coworkers were pushed to their limits, even having had to operate while standing knee deep in mud. After the war, Kinzeler became the chief nurse at the VA hospital in Pittsburgh, Pennsylvania.