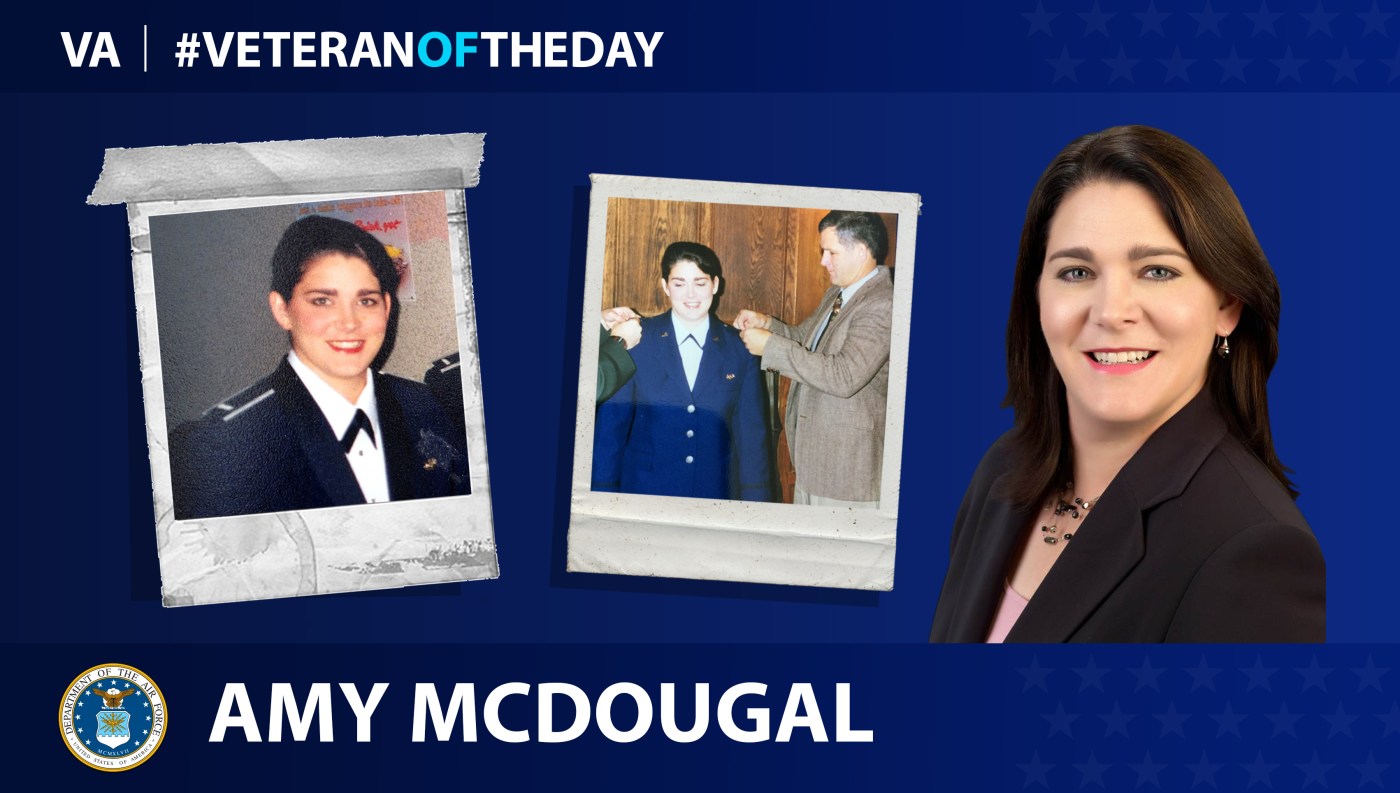 Today’s #VeteranOfTheDay is Air Force Veteran Amy E. McDougal, who served as a lawyer during the Iraq War and the war in Afghanistan.

In 1994, Amy McDougal graduated from the Peabody Conservatory of Music at Johns Hopkins University. She then attended Vanderbilt School of Law where she graduated in 1997.

Reflecting on her brief time in the Army ROTC at Johns Hopkins, McDougal joined the Air Force soon after passing the Tennessee bar. She is the third generation in her family to serve in the U.S. armed forces.

During her time in the Air Force, she received a Meritorious Service Medal and Achievement Medal. She was honored with the Association of Corporate Counsel Community Service for her pro bono work for Veterans and with the 2013 class of “Influential Women of Virginia.” She also serves as an Advisory Board member for Voices of Valor, a music therapy program for Veterans.