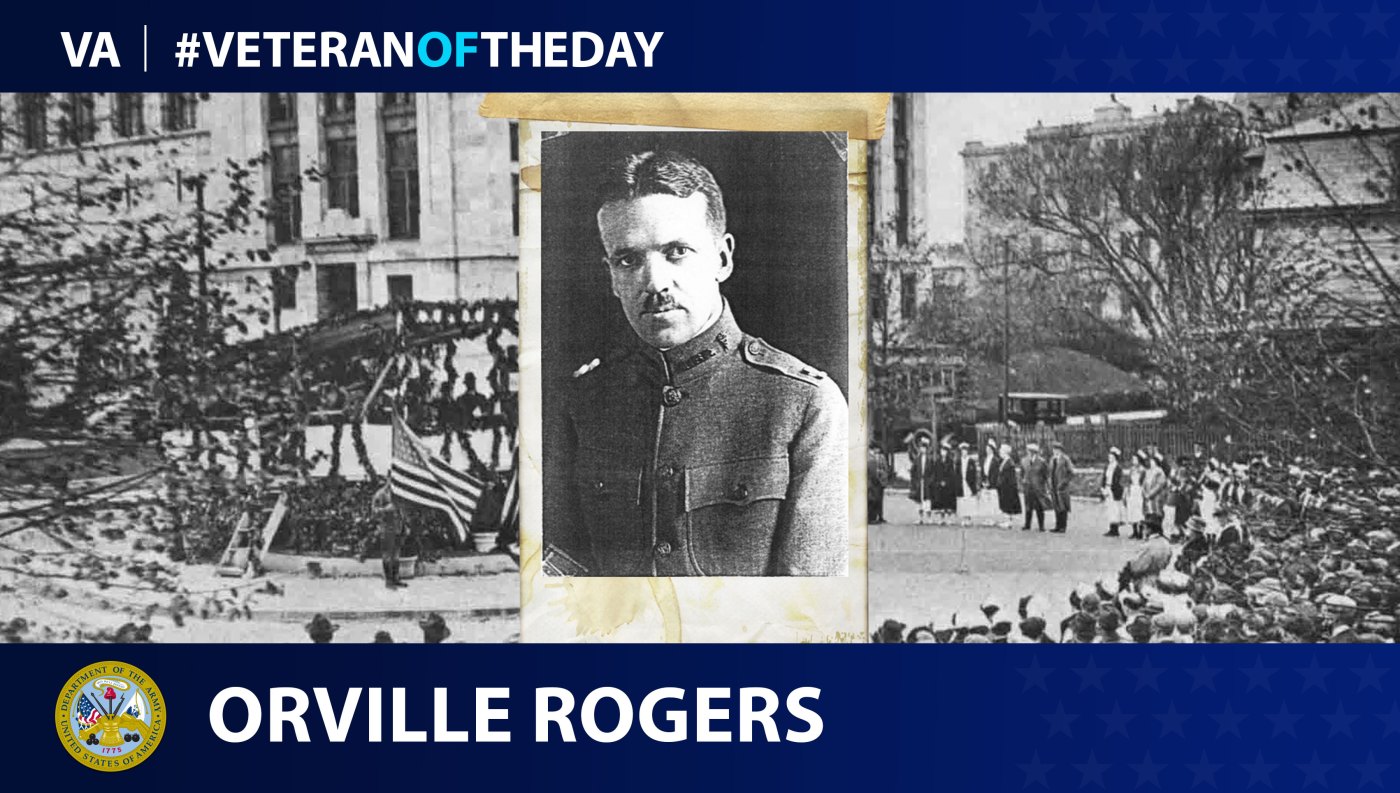 Today’s #VeteranOfTheDay is Army Veteran Orville F. Rogers, who served in an American Ambulance Hospital during World War I.

Orville Rogers was born in December 1886 and grew up in Dorchester, Massachusetts. Rogers graduated from Harvard University, then Harvard Medical School in 1912. After graduating, Rogers went to work at Massachusetts General Hospital in Boston.

Though the United States had not yet joined World War I, Rogers volunteered to go to Europe as part of the Harvard Medical Unit for three months. Rogers kept a diary, mainly for his father, who was a field doctor during the Civil War.

Sailing out of Boston in March 1915, Rogers spent time on the uneventful voyage treating the passengers’ seasickness and administering vaccines. By April 1, Rogers arrived in Paris and began his work at an American Ambulance Hospital.

During his three months in Europe, Rogers kept busy with the casualties coming back from the Western Front. These casualties showed him the terrible cost of the war first-hand, and his care for the patients is evident throughout his journal. Rogers saw the effects of the war from all angles when treating casualties in Yrpes to touring the aftermath of The Battle of the Marne (First Battle of the Marne) and its impact on the French home front.

Rogers’ time in France ended in June. He returned home by July 14, 1915, after another uneventful voyage.

Rogers remained in the Army until his discharge in 1919 at the rank of major. He would go on to marry Lydia Lincoln Soule. In 1916, Rogers became a medical assistant at Yale University and would eventually become the director of the Health Department in 1936. He remained until he retired in the 1950s. Rogers was also involved as a warden and vestryman at St. Paul’s Church in New Haven.