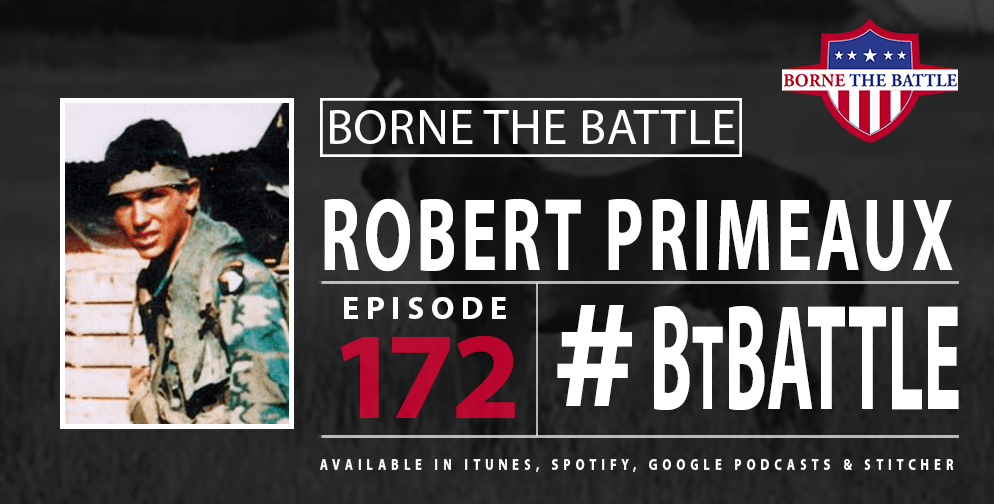 Native American Vietnam Veteran Robert Primeaux shared his journey from a Lakota reservation to the Army and even to Hollywood.

As a young man, Primeaux was eager to get off the reservation and see the world. To leave, he decided to join the Army. He trained in Fort Lewis and Fort Knox before joining the 101st Airborne Division and sent off to Vietnam.

In 1972, Primeaux returned to the United States. His younger brother had been killed in a car accident, leaving Primeaux as the sole male survivor of his family.

However, he did not stay in the Army long. A car accident of his own put him in a coma for three weeks. After he recovered, he was discharged.

Primeaux then lived on his grandmother’s ranch while he recovered from his injuries. To help with his recovery, he began to self-rehab by working with the horses on the ranch. His love for horses gave him the opportunity to go to school through a rodeo scholarship from the National Intercollegiate Rodeo Association (NIRA).

Between school and living on his family ranch, Primeaux met Michael Apted on the set of Thunderheart in South Dakota. Through this meeting, he landed a stunt role on Thunderheart and become eligible for access to the Union of the Screen Actors Guild.

Later, Primeaux moved to LA to begin his film career where he landed roles in Dr. Quinn, Medicine Woman and a more prominent role in Rough Riders. This role as Indian Bob was special to Primeaux because the director John Milius specifically created it with him in mind.

Recently, Primeaux has worked as an advocate for fallen service-members.

Throughout his life, through thick and thin, Primeaux credited the Four Cardinal Lakota Virtues for helping him recover from the Vietnam War and his car accident. He listed the Lakota Virtues as:

“Individual valor meant more than group bravery, and the warrior who most fearlessly risked his life earned the admiration of all the people and received the most cherished honors.”

“If you have more than one of anything, you should give it away to help those persons.”

“All had to be borne without visible signs of distress.

“A man who displays wisdom, displays superior judgment in matters of war, the hunt, of human and group relationships, of band and Tribal policy, and of harmonious interaction with the natural and spiritual world.”

From childhood, Lakota Warriors were taught these four virtues. Primeaux stated that warriors who were taught the true meaning of these virtues learn to treat their Post-Traumatic Stress Disorder.

Michelle Cannon is a podcast intern with the VA’s Digital Media Engagement Team. She is currently a graduate at Liberty University studying Professional Writing.