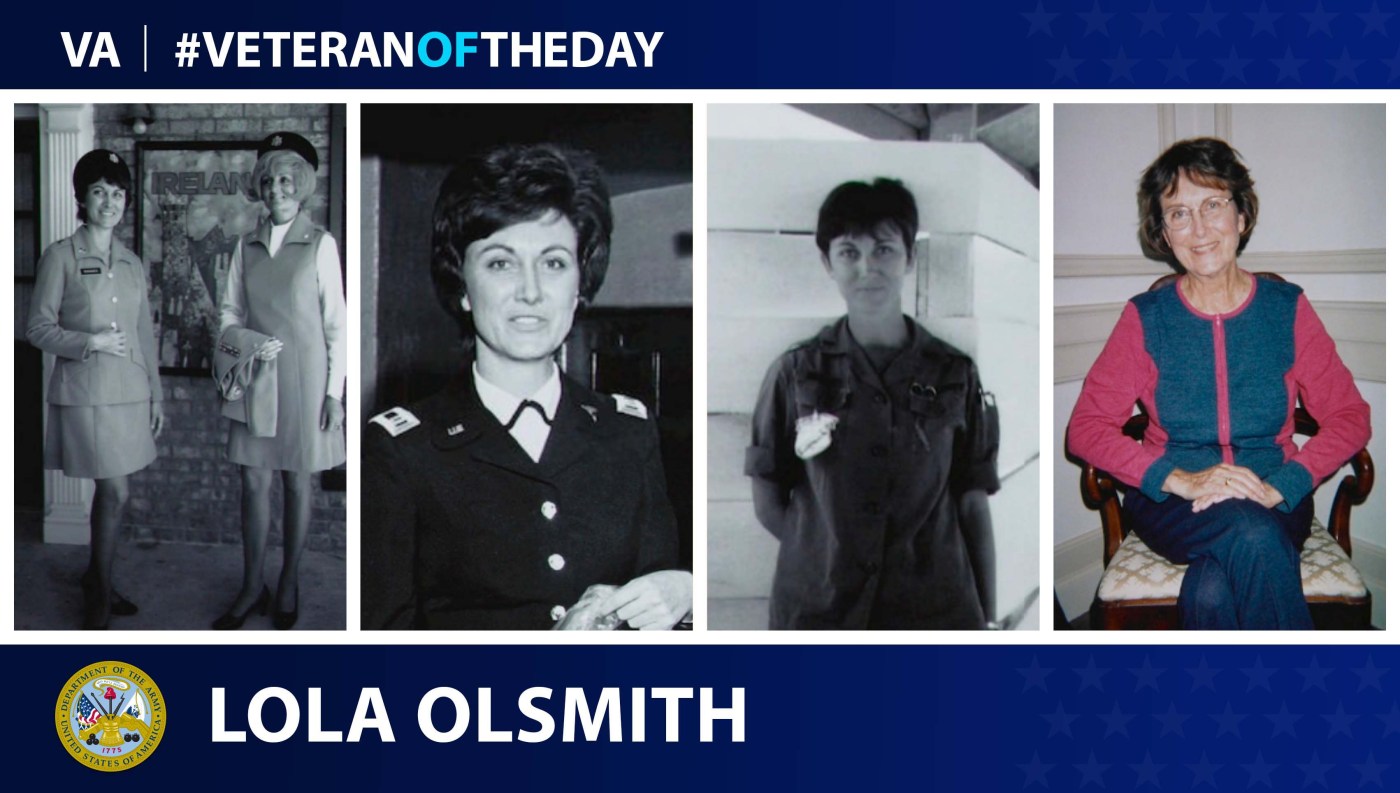 Today’s #VeteranOfTheDay is Army Veteran Lola Mae Rhoades Olsmith, who served as a nurse during the Tet Offensive in Vietnam, which started Jan. 30, 1968.

Lola Olsmith decided she wanted to follow in her aunt’s footsteps and become a nurse, so she began her training at the same school her aunt had attended, the St. Vincent Infirmary in Bee Branch, Arkansas. After graduating, she worked for the Veterans Healthcare System Hospital in Little Rock, Arkansas, and Atlanta, Georgia.

Olsmith joined the Army Nurse Corps after seeing a TV advertisement. After attending basic training, she went to California and then to Vietnam with other Army nurses in December 1966.

After staying in Saigon through early January 1967, Olsmith went to a hospital in Quy Nhon. She worked in the prisoner ward for two weeks. Then, she worked at the recovery and surgical intensive care ward to take care of post-surgery patients. During the Tet Offensive Jan. 30, 1968, Olsmith recalled helicopters attempting to destroy the American communication equipment on nearby Vung Chua Mountain.

When she returned to the United States, Olsmith worked at Letterman Army Hospital in San Antonio, Texas, in the thoracic surgery and cardiovascular surgery wards. After a year there, she took the position of coordinator for nurse recruiting in Atlanta. She also worked as an Army nurse recruiter in northern California and Maryland, traveling to nursing schools and Army bases to speak to nursing students.

She served as head nurse of the general surgery wards and emergency room at Fort Leonard Wood, Missouri, before returning to San Antonio to work at the 94th General Hospital in the Army Reserve.

The 94th General personnel activated for the Gulf War in August 1990. Olsmith went to Germany during Operation Desert Storm, where she served at an Army hospital from January to April 1991.

Olsmith retired as a colonel in the United States Army in November 1991, staying active in the Women’s Overseas Service League, which provides financial support for former servicewomen.