Borne the Battle #189: Operation Abilene and a Medal of Honor 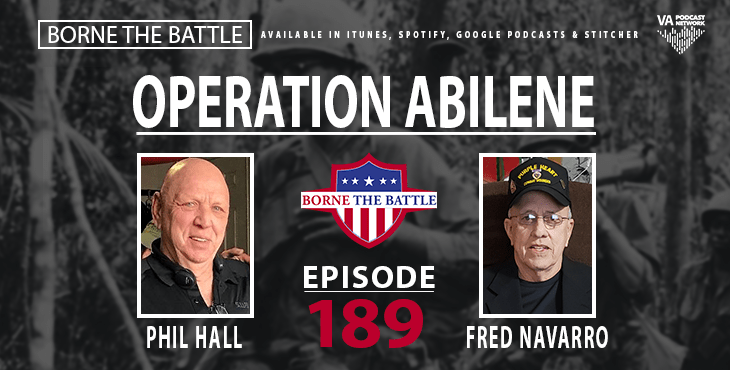 In this episode of Borne the Battle, Hall and Navarro recall their experiences during the Vietnam War. They discuss Operation Abilene, being stranded in battle against the Viet Cong, and seeing the line and basket dropped down from a helicopter with a descending Pitsenbarger coming to evacuate them and the other wounded.

While they only knew him for one day, Hall and Navarro remember the man who sacrificed his life for them and their fellow brothers in Vietnam. They believed that Pitsenbarger’s actions deserved the Medal of Honor, and it was a fight they took from the battlefield in Vietnam to the Pentagon in Washington, D.C.

It took several years, but Pitsenbarger’s Air Force Cross was eventually upgraded. In December 2000, Hall and Navarro attended the ceremony where Pitsenbarger was posthumously awarded the Medal of Honor.

Their experience in Vietnam and Washington, D.C., is the basis for the film, The Last Full Measure, that tells the story of Operation Abilene and the battle for Pitsenbarger’s Medal of Honor.

Michelle Cannon is a podcast intern with VA’s Digital Media Engagement team. She is currently a graduate at Liberty University studying Professional Writing.