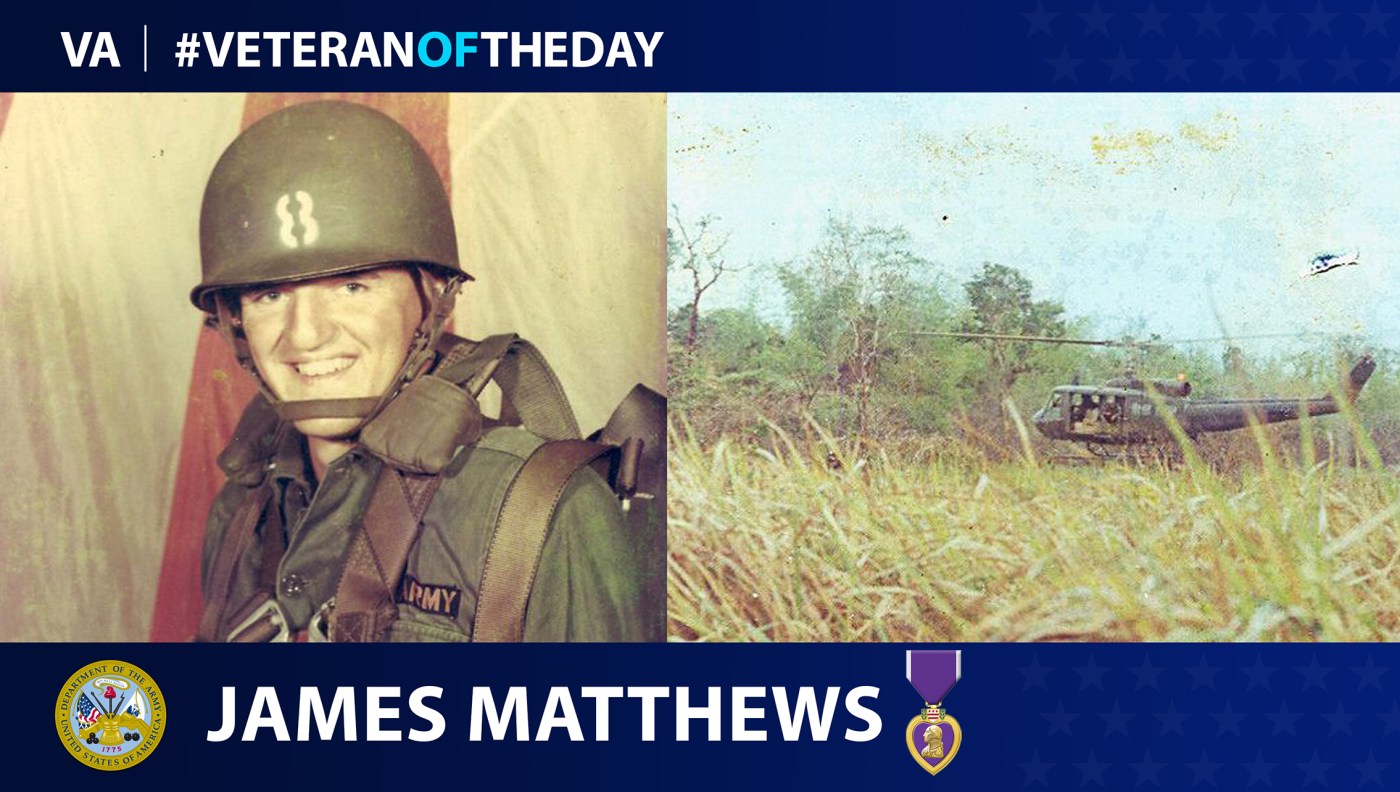 James Matthews was born in 1949 along the Eastern shore of Nassawadox, Virginia. He and his three siblings grew up in a military family. His father and three of his uncles all served, each in different capacities.

After graduating high school and looking for a change, Matthews joined the Army. Matthews went to basic training at Fort Bragg, North Carolina, for eight weeks and then completed his eight-week advanced infantry training at Fort Polk, Louisiana.

“At the time, Fort Polk was considered the training grounds for Vietnam,” Matthews said. “They called it ‘Little Vietnam’ or ‘Tigerland’ […] Anybody that went there, you knew you were going to Vietnam.”

While in Fort Polk, Matthews volunteered to go into the airborne, not knowing what it was.

“When they asked for volunteers to go into the airborne, my first thoughts were that you were a crew-member on an airplane, and you could load and unload cargo, and I thought I could get to go to a lot of places, and see a lot of things,” Matthews said. “And after I volunteered, after I signed up for it, I found out what it really was – that you were paratroopers, but it turned out to be pretty good.”

After training, he headed to his base camp in Phuoc Vinh, Vietnam, where he patrolled and went on search and destroy missions.

“The very first firefight I got in we were ambushed, we walked into an ambush, and I was pretty scared. I think most of us were pretty scared,” Matthews said. “Actually, when we got hit, we were on a trail, and I laid down, you know, facing where I thought the fire was coming from, and the guy next to me did too, and he was firing, and the hot shell casings were hitting my leg from his M-16, and I actually thought I was getting shot, because they were hurting my leg […] Turned out it was just the hot shell casings hitting my leg, but it was – there is no way to describe it. I mean there is no way you could write down, put it in words, or sit down and tell somebody what that is like.”

Matthews was shot several times in the jungle. He sustained injuries to his stomach, hips, arm, and hand. He traveled stateside to recover, which ultimately took him two years. Matthews received two Purple Heart medals.

Though he lost the use of his left leg, Matthews persevered and went on to study electronics in New York City. Soon thereafter, he became an apprentice for a NASA engineering program in Wallops Island, Virginia.

“Somebody told me that before you really understand or respect life you have to almost die, and since I did, I think that’s true,” he said. “I think you respect life more after going through something like that.”