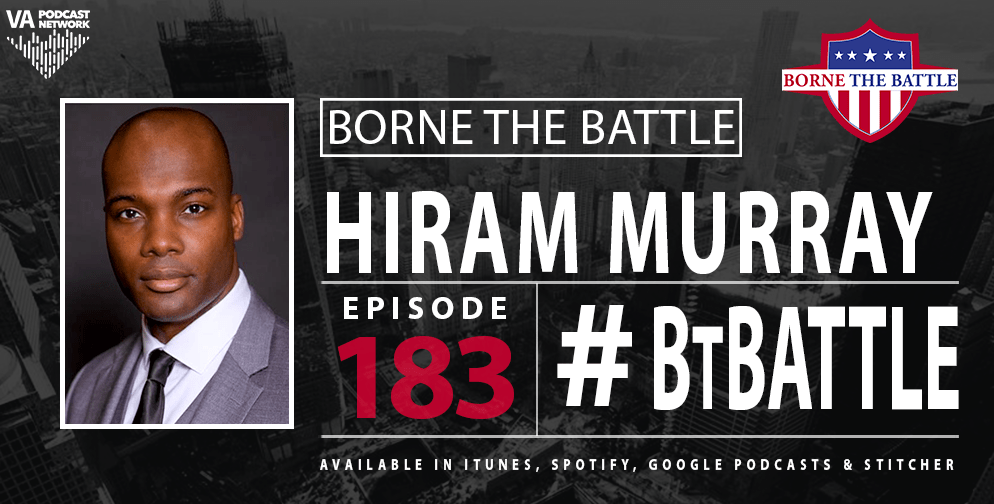 Sept. 11, 2001, was a day forever branded into the memory of the American people. Marine Corps Veteran Hiram Murray was one of those personally impacted by the events of that day: While many Americans experienced the tragedy through their television screens, Murray experienced it first-hand while on duty as a NYPD officer. After taking part in recovery efforts, Murray set his dreams aside to join the Marines.

In this episode of Borne the Battle, Murray discusses his experiences as a police officer on 9/11 and his later service in the Marines. He shares how all these events in his life helped him fulfill his dreams of acting. Today, Murray provides a new perspective on acting and technical advising as a Veteran in Hollywood.

Murray has been a part of several film and tv productions, including:
• Castle
• Scout’s Guide to the Zombie Apocalypse
• Great War
• Tango Down

You may have seen Murray in a commercial for USAA.

In the Golden Eagle Awards Red Carpet Interview, Murray shares some of his views on the film industry.

#BtBattle Veteran of the week:

Michelle Cannon is a podcast intern with the VA’s Digital Media Engagement Team. She is currently a graduate at Liberty University studying Professional Writing.