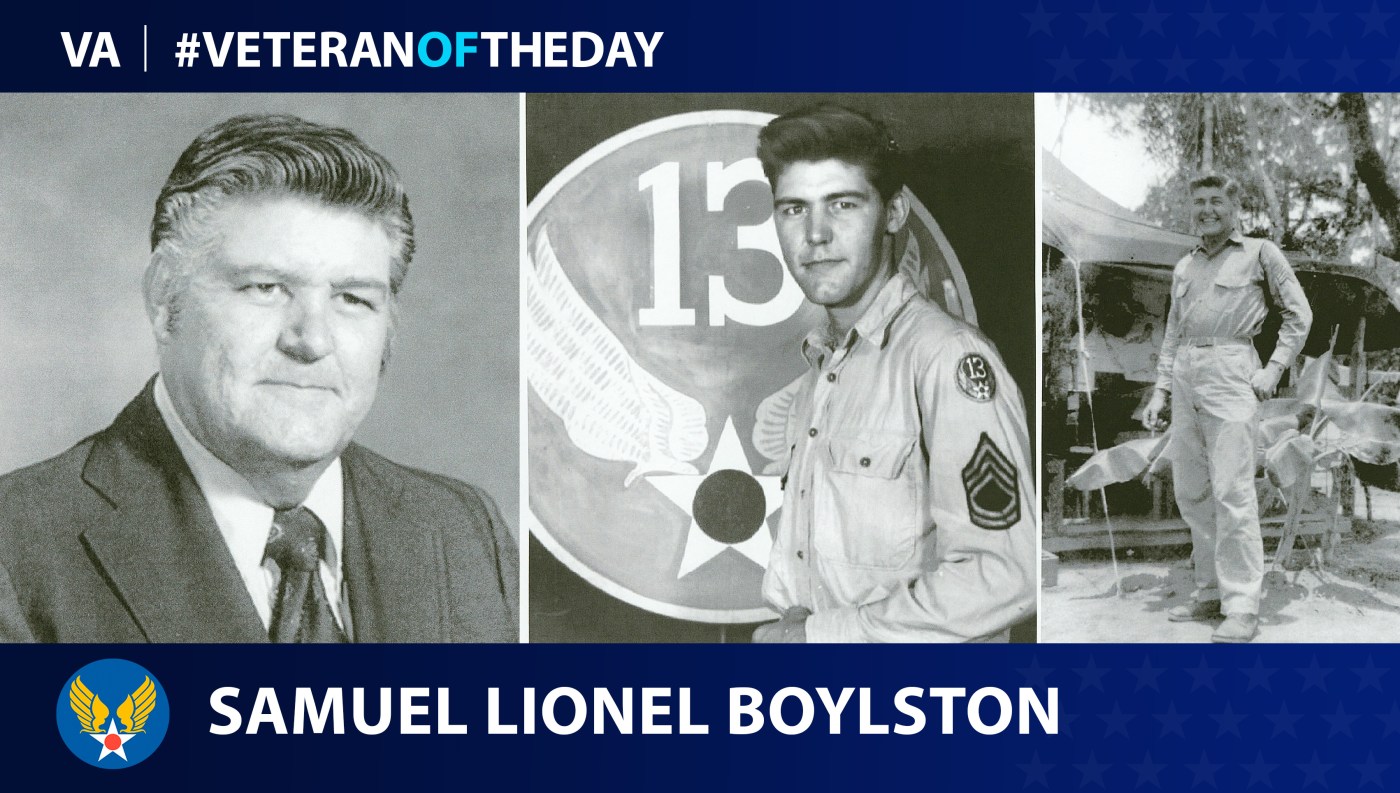 Samuel Lionel Boylston grew up in South Carolina. He went to the University of South Carolina and finished two years of college before receiving his draft notice. After completing basic training at Camp Grant, Illinois, Boylston left for the South Pacific with the 13th Army Air Forces in August 1943.

Boylston sailed to New Caledonia and began demonstrating his artistic talents when he drew birthday and anniversary cards for his tent mates.  Later, Boylston went to the New Hebrides Islands, where he first saw combat. He also experienced his first earthquake and saw a mass migration of land crabs. Boylston caught some crabs and put them in his tent mates’ beds, a memory which always gave him a good laugh. In October 1943, he moved to Guadalcanal where he continued his artwork his free time.

Boylston also served in the Philippines. Japanese attacks on the base were quite frequent. One night, the Japanese destroyed 25 Australian planes on the ground, setting many buildings on fire and dropping eight large bombs. The attack killed two airmen and wounded 15 others. All the ambulances were in use, so Boylston drove a weapons carrier loaded with wounded men from the attack area to the base hospital during the bombing. He received a special commendation for his bravery in transporting the wounded during an enemy air raid.

In November 1945, Boylston boarded the USS Cottle for the journey home. In December, he arrived in San Francisco where he painted a large banner for the 13th Army Air Forces. Later, he went to Fort Gordon where he discharged.

During his time in the South Pacific, Boylston wrote many letters home describing his experiences. His letters, memoir entitled “Pacific Letters” and artwork are available for view through the Veterans History Project linked here: https://memory.loc.gov/diglib/vhp/story/loc.natlib.afc2001001.01848/.