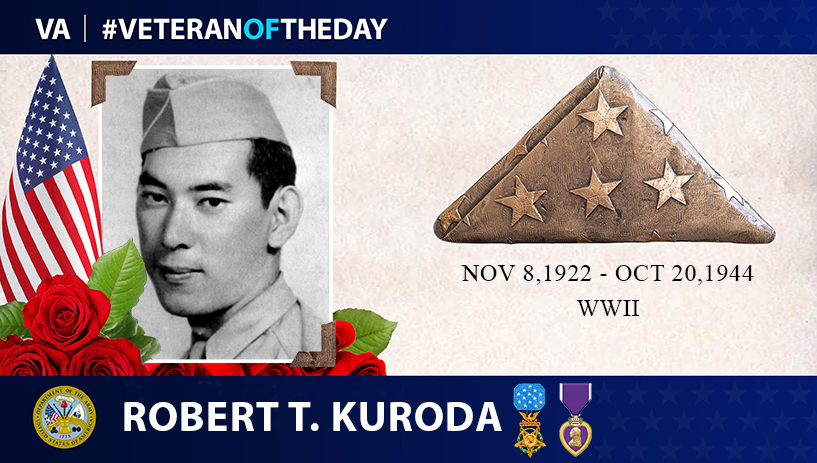 Today’s #VeteranOfTheDay is Army Veteran Robert T. Kuroda from Hawaii, who posthumously received a Medal of Honor for his actions during World War II.

Robert Kuroda was born on November 8, 1922 in Hawaii, the son of immigrants from Japan. He was a second generation Japanese American, known as Nisei. Kuroda enlisted in the U.S. Army in March 1943, at age 20.

For these actions, he posthumously received a Distinguished Service Cross, the Army’s second-highest decoration.

Following a review in the late 1990s of Distinguished Service Cross awards to Japanese Americans, the Army recommended an upgrade to a Medal of Honor. President Bill Clinton presented the award June 21, 2000. Twenty-one other Asian Americans also received the medal during the ceremony, all but seven of them posthumously.

Kuroda is interred at the National Memorial of the Pacific in Honolulu, Section D, Grave 92.