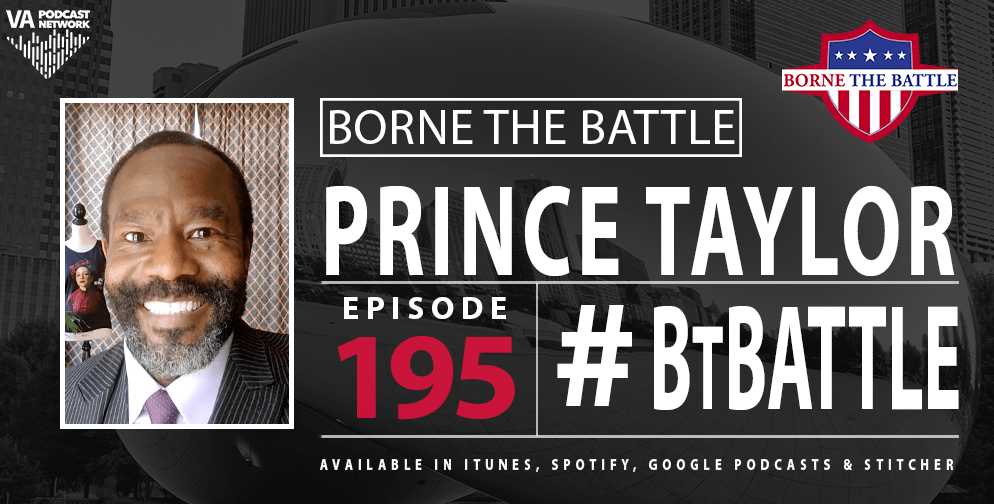 Navy Veteran Prince Taylor believes that military service develops perseverance and discipline—traits that are useful for Veterans even after they the military.

But transitioning out of the Navy wasn’t easy for Taylor. This week’s episode of Borne the Battle is a discussion with Taylor about his journey from multiple entry level jobs into dead-end companies, into VA’s human resources system, to organizing TEDx Veterans Affairs.

Taylor’s transition struggle is one that many Veterans can relate to, but he stresses that the situations he faced allowed him to develop skills to be quick on his feet and to think outside the box – just like in the Navy. Fortunately, he found VA and a direct career path that broadened his military skills.

Now, after a decade in VA’s HR, Taylor serves as the Deputy Director for VA’s Voluntary Services, and is a great example of a successful military-to-civilian transition for Veterans employed by VA. Highlighting Veterans’ stories – their bravery, struggles and redemption – remains his top accomplishment.

With TEDx Veterans Affairs, he continues bridge the civilian/military divide. On this episode of Borne the Battle, Taylor shares his insights into:

In addition, hosts Levi Sowers and Brandon Rea give a quick overview of their new “Vets First Podcast.” The Vets First podcast is a research-based podcast that focuses on the VA healthcare system and its patients. Instead of being just another research podcast, the Vets First podcast was created with a primary focus on the Veterans and their stories.

Hayoung Oh is a podcast intern with the VA’s Digital Media Engagement Team. He is currently an undergraduate at UC Berkeley studying Public Health.