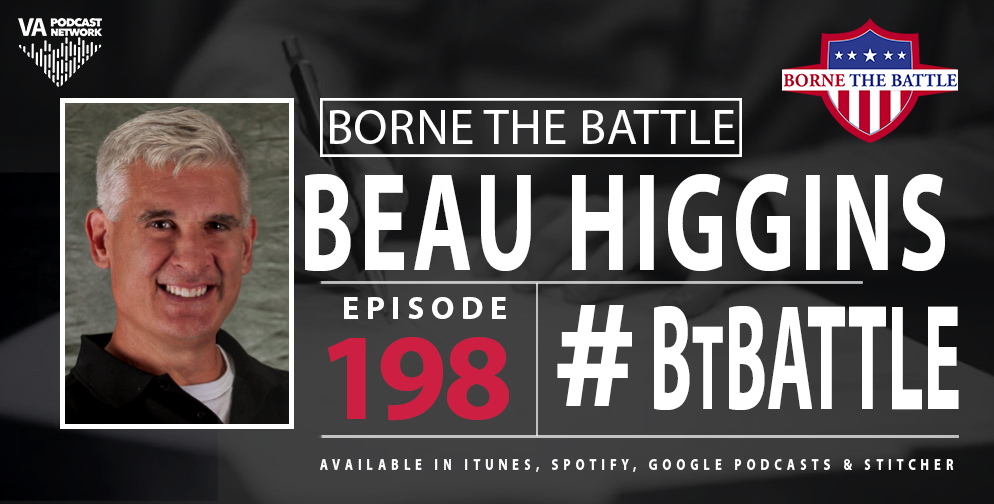 On this week’s episode of Borne the Battle, Marine Corps Veteran Beau Higgins shares his story of how he transitioned out of the military and started working for Amazon, helping veterans and families of veterans find meaningful employment.

Higgins retired from the Marine Corps after 25 years of service in 2014. When he did, Veteran unemployment was higher than the national average. Things started to change when various companies dedicated themselves to hiring more veterans and military spouses.

In 2016, Amazon CEO Jeff Bezos made a pledge to hire 25,000 veterans and military spouses by 2021. Higgins joined Amazon, where he started by helping recruit candidates for important positions. Now he leads the talent division pillar of Amazon’s Military Affairs team.

“We actively seek leaders who can invent, think big, have a bias for action and deliver results on behalf of our customers. These principles look very familiar to men and women who have served our country in the armed forces, and we find that their experience leading people is invaluable in our fast-paced work environment.”  Amazon CEO Jeff Bezos

In this episode, Higgins shares his thoughts on his service and how it has impacted him. He also talks about how his family has supported him, how he ended up working for Amazon, and how he remains connected to Veteran community through his work and life.

Higgins is also involved with the Travis Manion Foundation, a nonprofit named after a Marine officer that served under him. The foundation is dedicated to empowering Veterans and military families to serve their communities and promote the ideals of service and character.

Rob Laucius is a podcast intern with the VA’s Digital Media Engagement Team. He is an undergraduate student at Hillsdale College studying History.