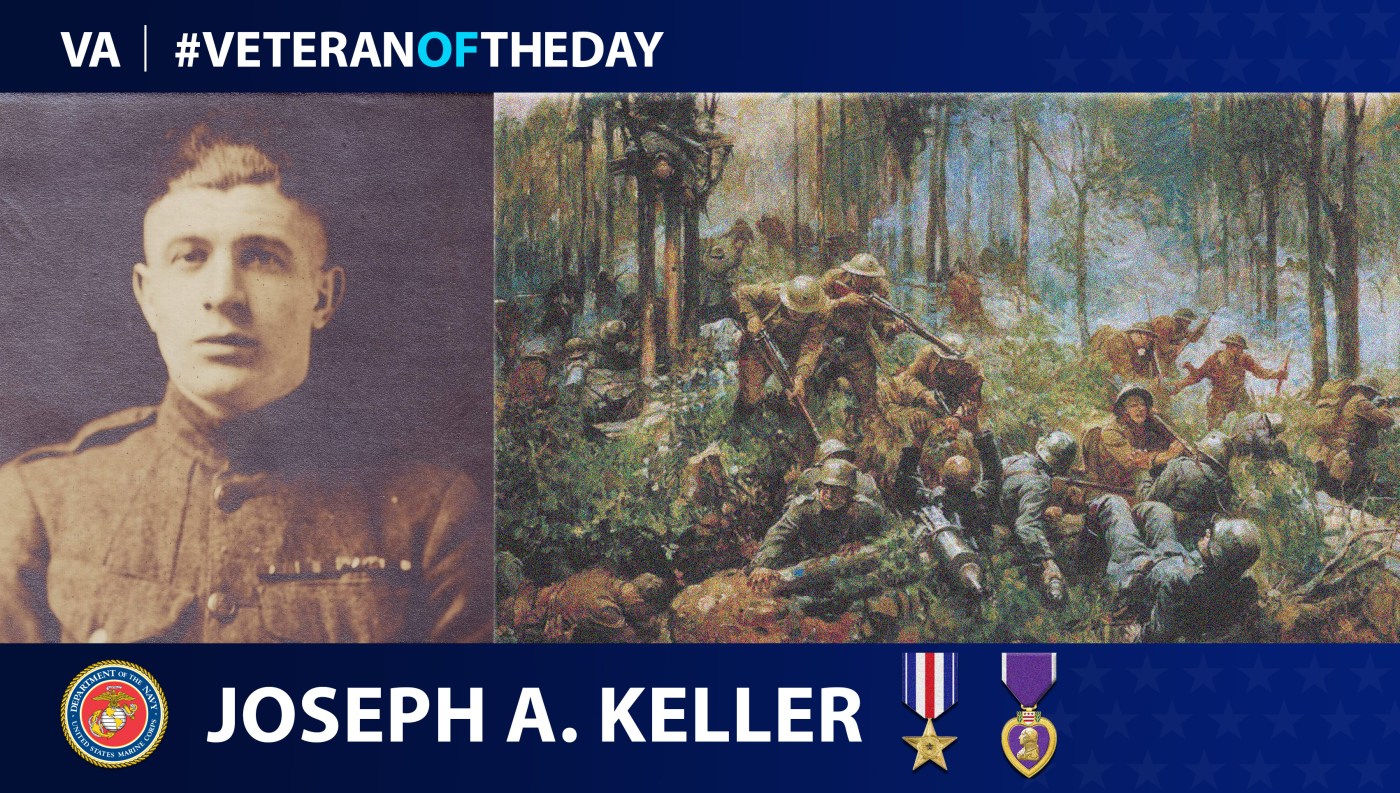 Today’s #VeteranOfTheDay is Marine Corps Veteran Joseph Keller, who served as an automatic rifleman during the Battle of Belleau Wood.

Born in Wisconsin in 1899, Joseph Keller enlisted to the state’s National Guard when he was only 18. However, when the U.S entered World War I, Keller changed his mind and enlisted in the Marine Corps. He went to North Carolina for training.

Keller deployed with the American Expeditionary Force, serving in the 95th Company of 6th Marine Regiment. He fought in the Battle of Belleau Wood as an automatic rifleman. Having been mentioned in company orders, Keller received a Croix De Guerre for his service.

A month later in July of 1918, a piece of shrapnel penetrated Keller’s helmet, severely wounding him. The Marine Corps removed him from action to recover from a metal plate surgery. Marine Corps Gen. John LeJeune personally decorated Keller after the armistice.

Following his recovery, Keller reenlisted and served in the Dominican Republic. In the early 1920s, he accepted his final discharge at the rank of sergeant. Keller retroactively received a Silver Star and a Purple Heart for his service during World War I. He is mentioned in the 2nd Division’s history of the conflict.

Married twice, Keller was a loving husband and father to his children, grandchildren, and great-grandchildren. As a dedicated member of the American Legion, he also advocated for disabled Veterans.

Keller passed away in the summer of 1984, 66 years after the Battle of Belleau Wood.