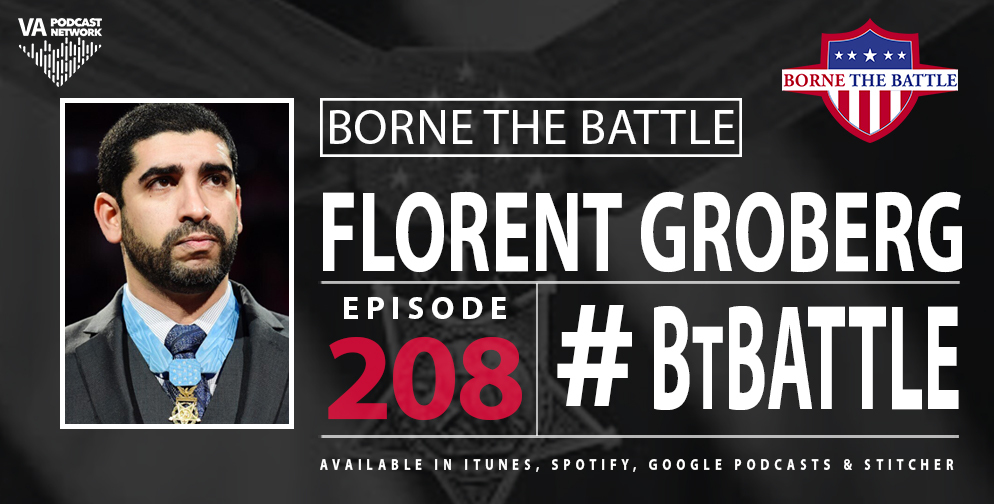 Army Veteran Florent Groberg received the Medal of Honor in 2015 for his selfless actions during the War in Afghanistan, where he rushed a suicide bomber to protect 28 coalition and Afghan National Army personnel.

Groberg knew he wanted to join the military when his uncle joined the Algerian army to fight the Armed Islamic Group, a terrorist organization that was eventually responsible for his uncle’s grisly death. Groberg’s family moved to the United States when he was 12, and Groberg’s resolve to join the military was strengthened after the September 11 attacks. However, in order to join the Army, he had to renounce his French citizenship.

On August 8, 2012, Groberg was responsible for protecting a group of personnel including two brigade commanders, three battalion commanders, an Afghan general, two GS-15 State Department individuals, and two majors with his element of six other soldiers. During the advance to a provincial governor’s compound, the patrol was attacked, and Groberg tackled a suicide bomber to distance the attacker from his personnel. The bomb detonated, severely injuring Groberg, but preventing more deaths from the patrol.

Groberg is grateful to VA and the Wounded Warriors Project for helping him during his recovery. In 2015, he transitioned out of the military, and later that year was awarded the Medal of Honor.

After transitioning, Groberg worked with LinkedIn and Boeing, providing leadership as well as advocating for Veterans in the workforce. He currently works at Microsoft and is a motivational speaker for Keppler Speakers. He also wrote an autobiography, Eight Seconds of Courage.

Groberg is also a member of Warriors Ethos, an organization which provides Veterans with the resources and networks to transition into a successful civilian career.

Rob Laucius is a podcast intern with the VA’s Digital Media Engagement Team. He is an undergraduate student at Hillsdale College studying History.