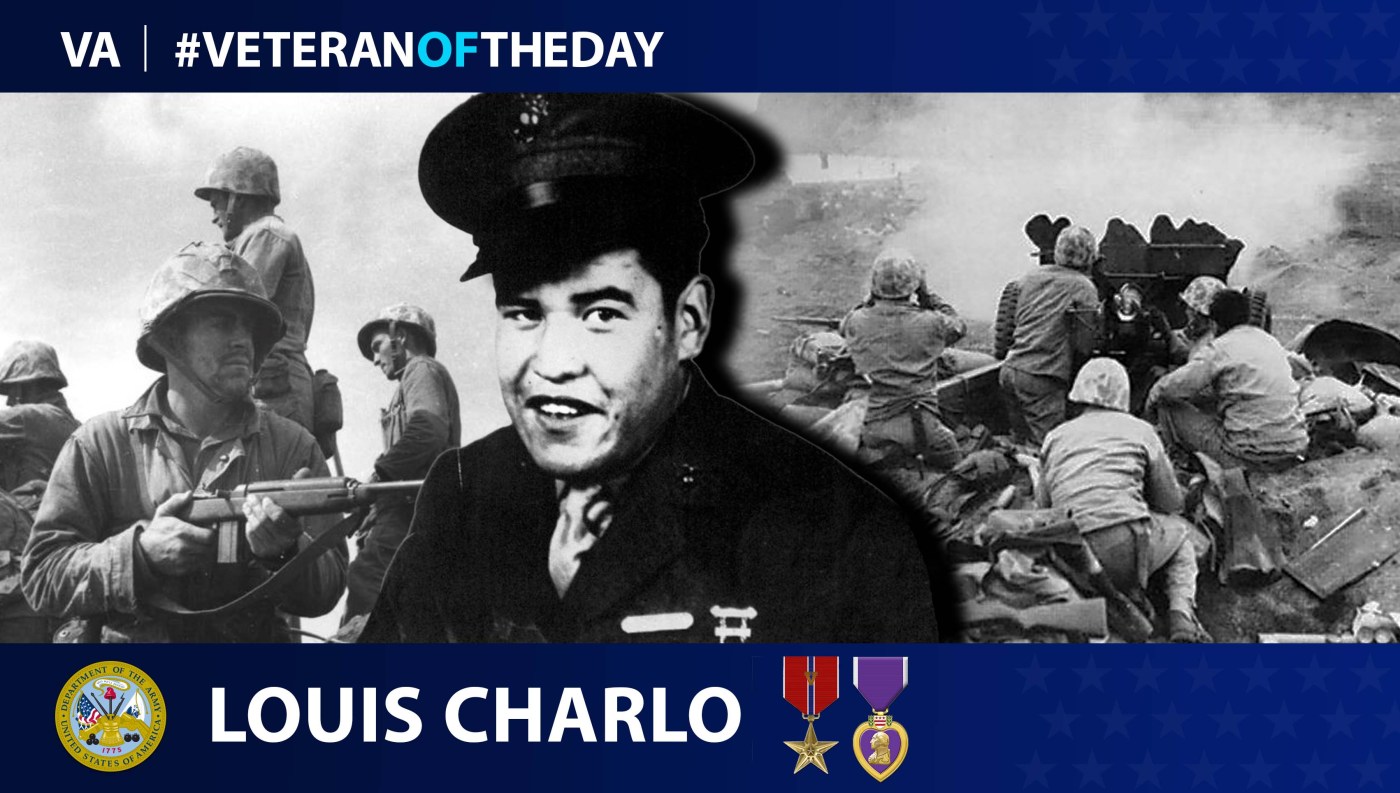 Louis Charlo was a Salish Indian from the Bitterroot Tribe of Evaro, Montana. Charlo enlisted in the Marines in 1943 and served with the 2nd Battalion of the 28th Marines, stationed at Camp Pendleton in San Diego.

The battalion later went to Hawaii in September to begin combat training against Japanese forces in the Pacific. On Jan. 27, 1945, Charlo’s battalion joined the 5th Marine Division on the USS Missoula. They left Hawaii for the planned invasion of Iwo Jima. After stopping at Saipan to relay with other ships, the USS Missoula arrived Febr. 16 in Iwo Jima. On Feb. 19, the battalion disembarked on landing boats on the island’s beaches.

On Feb. 23, 1945, Charlo was part of the platoon of Marines assigned to scale Mount Suribachi on the southern tip of the island for reconnaissance. Despite worries over extensive Japanese underground fortifications in the mountain, Charlo and the other Marines were able to make their way to the summit unscathed. After reporting to the ground team below, Charlo and the other Marines led a larger platoon of soldiers back to the summit to occupy it.

When they reached the summit, Marines raised a flag to signal the capture of the mountain. Secretary of the Navy James Forrestal saw the flag raising and requested to have the flag as a souvenir. Marines flew a replacement flag, captured in the famous photograph taken by Joe Rosenthal. Charlo was among the perimeter security team during the second flag raising.

On March 2, 1945, Charlo died while attempting to save wounded fellow Marine Ed McLaughlin in a sector nicknamed “The Meat Grinder.”

For his service, Charlo posthumously received a Purple Heart and Bronze Star Medal. He is buried at the Old Catholic Cemetery in Saint Ignatius, Montana.  A section of Highway 93 in his home state of Montana was renamed in his honor in September 2019.