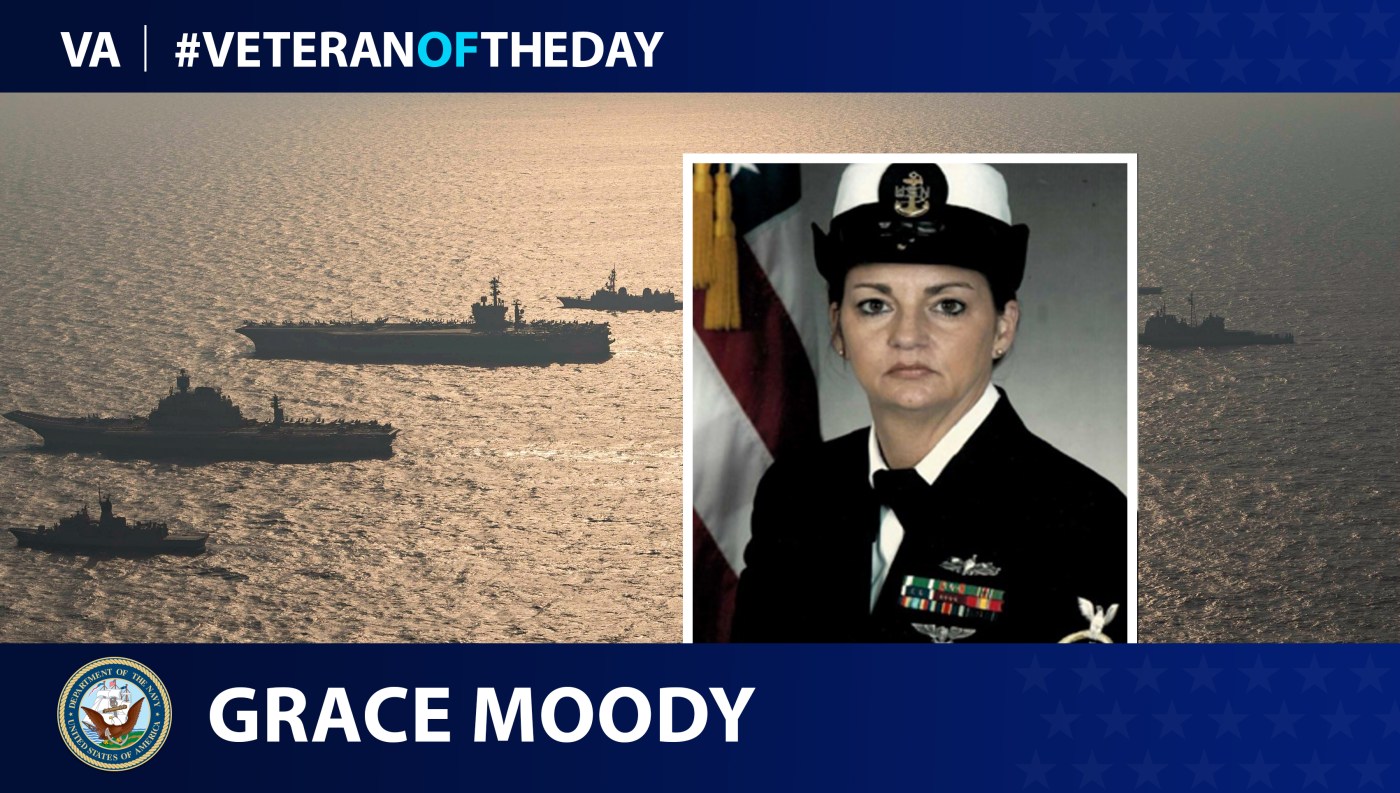 Today’s #VeteranOfTheDay is Navy Veteran Grace Moody, who served as a legalman for 20 years and retired as a chief petty officer.

Grace Moody enlisted in the Navy in February 1985. She served as a legalman in the Judge Advocate General’s Corps, rising to the rank of chief petty officer. Moody said she joined to make a difference.

“I wanted my daughter to be proud of who I was and what I did,” she said. “She also got the opportunity to say: ‘my mamma wears combat boots.’”

Moody started her military career serving in Guantanamo, Cuba. From there she served in several different places. These included the East Coast for various commands, USS Frank Cable for a six-month Mediterranean cruise, the Naval Legal Service Office in Norfolk, Virginia, and the West Coast with USS McKee. Her final tour was in the Navy Marine Trial Judiciary, where she served as clerk of court. During her time in the military Moody received three Navy Commendation Medals, four Navy Achievement Medals and six Good Conduct Medals, as well as many other awards and decorations.

When reflecting on her experiences as a legalman, Moody remembered enjoying the opportunity to help sailors and their families.

“I had the opportunity to see the good, the bad and the ugly, and I know I made a difference in a sailor or family member’s life every single day.”

After retiring from the military in May 2005, Moody used the GI Bill to pursue a degree in human services, specifically for counseling and addiction. In 2015, Moody began volunteering with Military Veterans Peer Network, where she mentors Veterans who are in the process of transitioning from the military. Since 2016, she has served as the executive assistant for chief of staff for the Office of the Attorney General of Texas and as the Veterans liaison. In the latter position, Moody assists approximately 300 Veterans employed by the Office of the Attorney General of Texas.