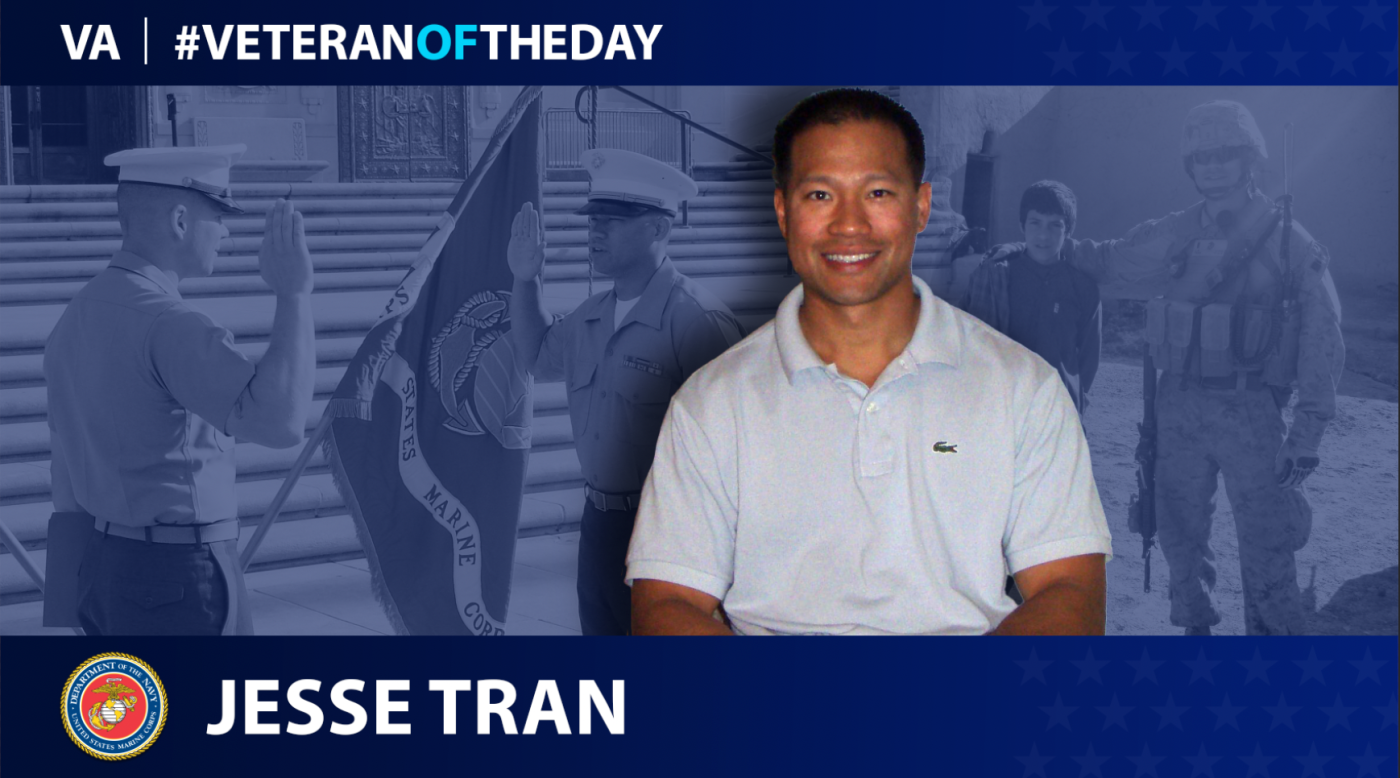 During Social Work Month, today’s #VeteranOfTheDay is Marine Corps Veteran Jesse Tran, who served in Afghanistan and is now a VA social worker.

Jesse Tran was born in Columbus, Indiana. Tran joined the Marine Corps to leave the small town. His motivation for enlisting also came from a sense of duty and honor. He said he felt inclined to do his part in giving back to the country while simultaneously seeing the world.

His father and uncles were former military men. They worked alongside the embedded U.S. military advisors fighting for the South Vietnamese military during the Vietnam War. Tran said he’s thankful for the United States’ intervention of Vietnam, praising and honoring all U.S. personnel that sacrificed their lives for the service. He said he believes he would not exist if it were not for the U.S. military.

Tran served 16 years in the Marine Corps, deploying to Afghanistan. He was an infantry officer during his time in service.

After leaving the service, Tran started work at Long Beach VA in California as a supervisory social worker at the Community Resource and Referral Center. Even after completing his commitment to the Marine Corps, Tran said he felt he still had a duty to serve others. He became a social worker to better assist those struggling through hardships, and believes in the mission of VA. As a Veteran himself, Tran said he believes he can connect and relate with fellow Veterans to relate VA is here to help them.

Tran holds social workers in high regard, as he believes that they are essential to society.

“Social workers meet Veterans where the rubber meets the road,” he said. “Whatever the Veteran is going through, they can have a helping hand from social workers to guide and support them. Social workers have an advantage displaying humanity, emphasizing dignity of self-worth, and most importantly, listening to the Veteran.”

Tran said he believes that social workers are an important branch of the VA’s system, providing outreach access to resources, and a warm welcome to Veterans who walk through the doors. He added he fully trusts in the ethics and values of being a social worker, thoroughly enjoys working as one and advocating for the Veterans he works alongside.