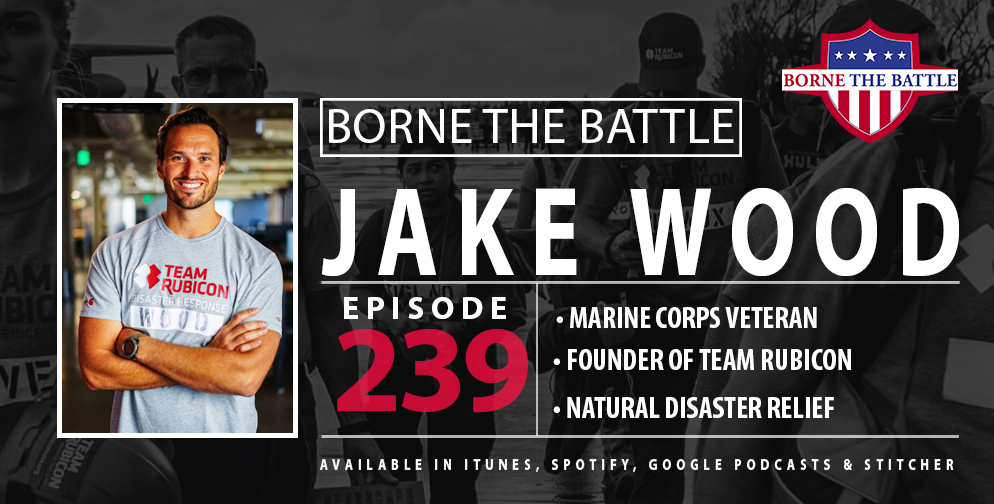 Wood’s post-military story began on January 12, 2010, when a devastating magnitude 7.0 earthquake ravaged Haiti, killing and injuring hundreds of thousands and displacing over a million people. Several thousands of miles away, in Los Angeles, the recently separated Iraq and Afghanistan combat Veteran was waiting for his graduate school admissions results and turned on the television. Seeing the crisis in Haiti unfold, Wood thought that it would be a waste to not put his military training to use by helping with the humanitarian relief efforts. He called eight Veterans to join him, and together, they headed off to Haiti. It was during their service in Haiti that Wood and his group came up with the ideas that led to the creation of Team Rubicon.

Under Wood’s leadership, Team Rubicon went from an 8-person idea to an acclaimed nonprofit with over 140,000 volunteers across America. The organization has deployed 790+ operations to provide humanitarian relief for disasters around the world. Most recently, Team Rubicon spearheaded a partnership with five other Veterans’ organizations to help Veterans leverage their unique skills and experiences to help with the American vaccination effort.

And though Team Rubicon is thriving under his leadership, Wood announced his intention to step down as the organization’s CEO in March 2021. He argues that “organizations, if they are not evolving, they are slowly dying.” Hoping for new hands and fresh ideas to keep Team Rubicon running, Wood picked his COO, Art delaCruz, to be Team Rubicon’s next CEO.

With his organization in trusted hands, Wood plans to focus on his other interests. Most recently, he found joy in writing and published his well-received book, “Once a Warrior,” a story of his life’s journey written to inspire other Veterans to discover their purpose after taking the uniform off.

From the battlefields of Iraq and Afghanistan to humanitarian frontlines, Wood has navigated some of the world’s most complex environments. Don’t miss out on his story by listening to this episode of Borne the Battle.

Calvin Wong is an intern with VA’s Digital Media Engagement team. He studies History as an undergraduate at the University of California, Davis.