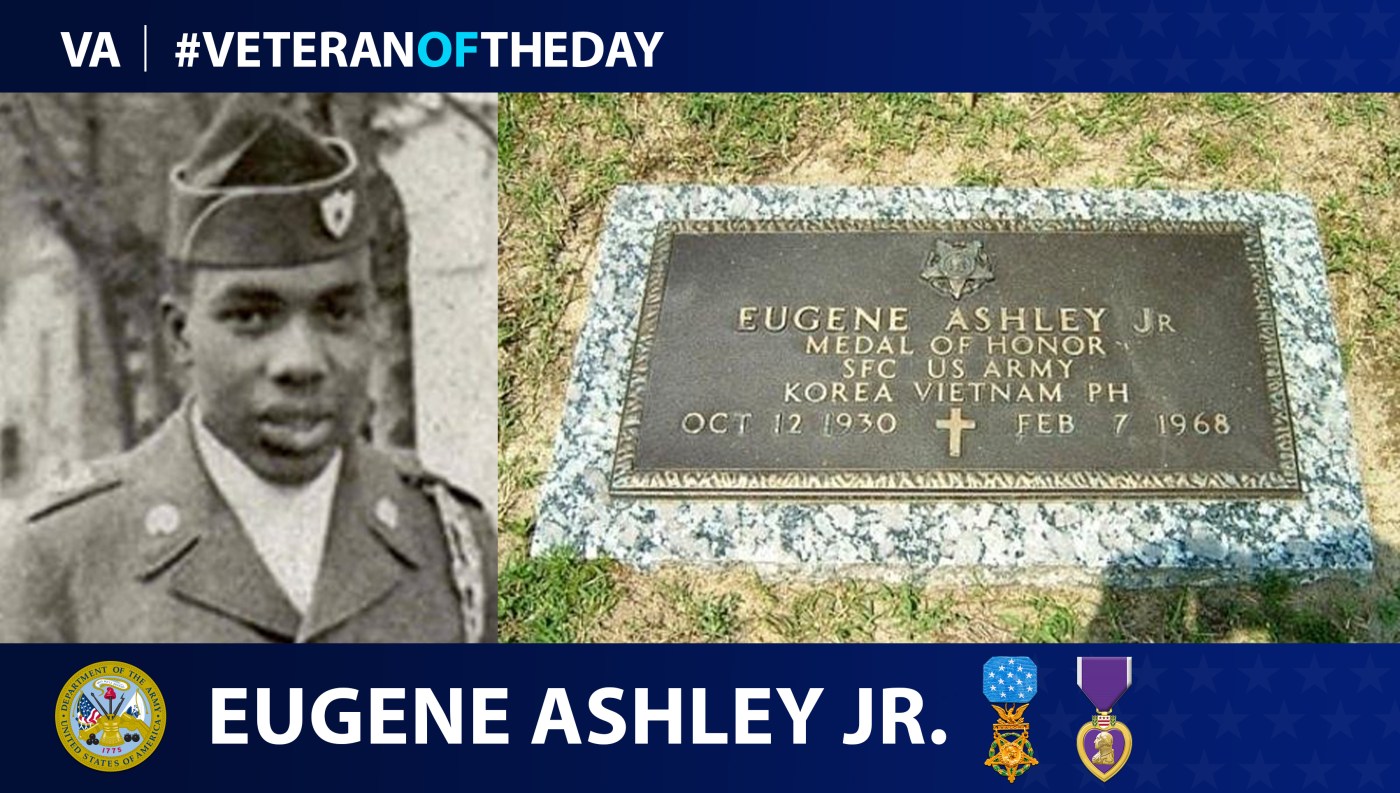 Today’s #VeteranOfTheDay is Army Veteran Eugene Ashley Jr., a Medal of Honor recipient killed in action during the Vietnam War.

On Feb. 7, 1968, Army Veteran Eugene Ashley Jr., a special forces intelligence sergeant who had previously fought in the Korean War, took his last breath on a remote battlefield in Vietnam.  He was 37 years old, and far from his home in Wilmington, N.C. Due to his bravery in Lang Vei, Quang Tri Province, he received Medal of Honor.  His citation reads in part:

Ashley led five assaults against the enemy and directed air strikes nearly on top of his position to drive off surrounding enemy forces. The enemy finally relented, but Ashley suffered mortal wounds from machine gun fire and artillery. His extreme bravery cost him his life while saving the lives of other American troops.

After Ashley’s body was returned to the United States, he was buried at Rockfish Memorial Park in Fayetteville, North Carolina. His story does not end with actions that day. His community never forgot him, and his legacy is in books and online. In 2001, officials named Eugene Ashley High School, just outside of Wilmington, in his honor. The mascot is a screaming eagle.

“Today, being able to come back in this building on the 50th anniversary of the death of Eugene Ashley. I’m kind of passionate about that as a former service member. I think when these folks’ step away, or I should hope, that they’re fired up about being Screaming Eagles and always will consider themselves to be Screaming Eagles.”

During the month of May, VA partners with Carry The Load, a non-profit organization dedicated to honoring and remembering the fallen. Throughout the month, Carry The Load supporters will march over 15,000 miles along four distinct routes visiting 42 VA national cemeteries making their way to Dallas, Texas, for Memorial Day 2021. One of the service members whose legacy they will be carrying along the way is Army Veteran Eugene Ashley Jr.