Ed Bearss: A Man of History 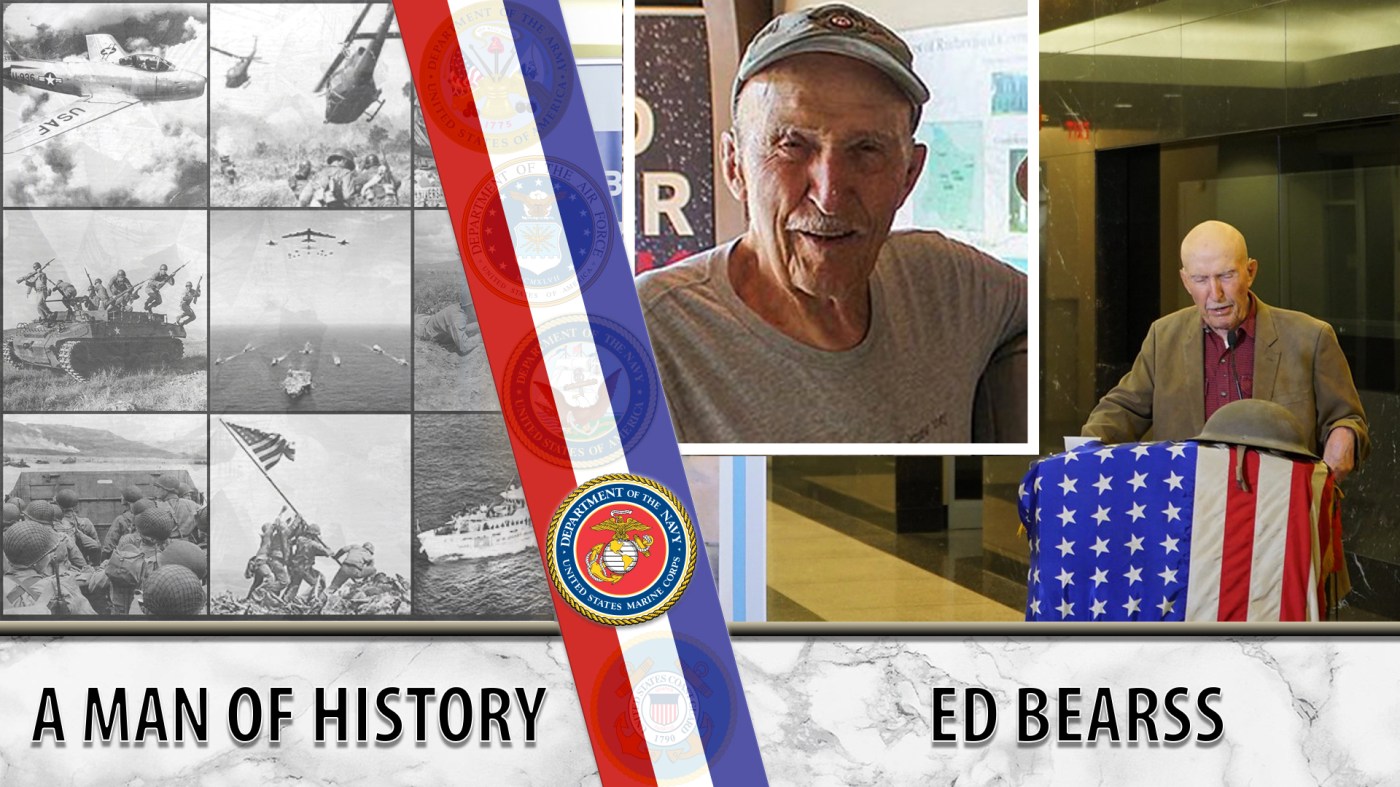 Corporal Ed Bearss fought during Operation Cartwheel at New Britain during WWII. He later became a well-known military historian of the Civil War.

For Ed Bearss, family has always been a part of history. His cousin Hiram Bearss was awarded the Medal of Honor for his heroism in the Philippine-American War and his service in the Marine Corps during World War I, which he served with Bearss’ father Omar. Bearss continued the family tradition after the Pearl Harbor bombings in December 1941, and he joined the Marine Corps in April 1942.

Shortly after enlisting, Bearss arrived at the Marine Corps Recruit Depot in San Diego, California, and went through seven weeks of boot camp. He was originally assigned to the newly activated 22nd Marine Regiment but became interested in joining the Marine Raiders, a special operation force originally established to conduct amphibious light infantry warfare. In September 1942, Bearss requested and was assigned to the 3rd Raider Battalion, which was being formed in the Samoan Islands. However, in April 1943, Bearss was diagnosed with malaria and, after recovering, was reassigned to the 7th Marine Regiment, 1st Marine Division.

As part of the island-hopping campaign in the Pacific, the 7th Marine Regiment was sent to New Britain Island on the east coast of New Guinea in December 1943. Their objectives were to capture both an enemy-held airstrip, near Cape Gloucester in the south, and Rabaul, the most heavily defended Japanese fortification in the South Pacific. After his regiment landed on New Britain on Christmas Day and Cape Gloucester was captured, Bearss led his platoon east through the jungle toward Rabaul.

On Jan. 2, 1944, his platoon encountered a group of Japanese soldiers. In an excerpt from the 2003 book, History’s Storyteller: The Life of WWII Marine Ed Bearss, he noted that “after pushing about half a mile through dense jungle, we approached a stream perpendicular to our line of march and began to cross. On the other side, I saw men, not ours, about thirty to 35 yards away. They were not wearing our helmets. So I opened fire with my rifle.”

Almost every Marine in Bearss’ regiment was either wounded or killed in the battle at the same location, which later was dubbed Suicide Creek. Bearss was injured in multiple areas of his body and returned to the U.S. to recover, where he would remain for the rest of the war. He honorably discharged from the Marine Corps as a corporal in March 1946. For his service, Bearss received numerous medals, including the Purple Heart.

“I became interested in the Civil War in the seventh grade,” he explained in a 2007 interview with the magazine, America’s Civil War. “My father liked to read to my brother and me books that he was interested in… Someone had given him a book by John Thomason on Jeb Stuart. My father read this book to me and that captured me.”

After his retirement from the National Park Service, Bearss appeared in the 1990 Ken Burns miniseries, The Civil War, as a military historian. He was also active at Civil War battle sites as a lecturer and guide, offering tours of major battlefields like Antietam and Gettysburg.

“You have to appeal to their emotions and relate what is happening to where they’re standing,” he explained, about leading tours. “You have to make them feel that they’re walking in the footsteps of history.”

Bearss received many achievements for his work in military history, including the U.S. Department of the Interior’s Distinguished Service Award and a Congressional Gold Medal. The Civil War Trust also named its Lifetime Achievement Award after him.